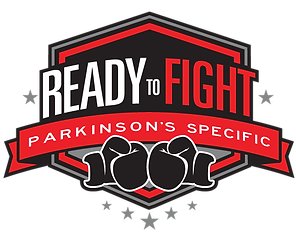 It’s one thing to fight against a disease, but what if someone could literally use their own bare hands to punch and fight against their disease?

That opportunity is being offered for sufferers of Parkinson’s disease at the Capistrano Boxing Gym with its Ready to Fight Parkinson’s Specific boxing classes.

Capistrano Boxing Gym began offering the USA Boxing-endorsed and nurse-designed program in February and is looking to spread awareness for the program and the cause during Parkinson’s Awareness Month in April.

“We are pleased to be offering the Ready to Fight program at our gym,” Capistrano Boxing Gym owner Peter Carey said in a release. “Parkinson’s disease affects so many people in our community, and we believe these classes will help improve the health of those individuals, as well as the quality of life for them and their families and caregivers.”

On one side is one of the most famous cases of Parkinson’s in the world: legendary heavyweight boxing champion Muhammad Ali.

After retiring in 1981 from his boxing career as “The Greatest,” Ali was diagnosed with Parkinson’s in 1984, and Ali dealt with his disease and raised awareness and funds for research until his death in 2016.

On the other side of the relationship, boxing is being used to help manage and fight off symptoms of Parkinson’s. Exercise is an important element to reducing the severity of Parkinson’s symptoms to help improve motor control, balance and fitness levels.

“For me, it’s a firsthand education,” said Rudy Garcia, the Capistrano Boxing Gym coach who runs the Ready to Fight Parkinson’s classes. “I get to talk to these folks on a one-on-one basis. It helps manage the symptoms. With medication and the right diet, they function just fine. They’re having a good response.”

Garcia said the hourlong classes begin with a stretching program to help with balance, flexibility and the shuffling of feet that can come with Parkinson’s. From there, members of the program move to the heavy bag for stamina and endurance, as well as work on focus mitts for punch combinations.

The classes also emphasize work on the speed bag for hand-eye coordination. The classes end with a cooldown to stretch out the muscles once more.

Garcia said the classes currently have eight members, but they would love to see more growth.

“The people that I have in the gym have shown great progress,” Garcia said. “If I can get 20 people that we can help, then that’s the right thing to do.”

The Ready to Fight Parkinson’s Specific classes are offered Monday through Friday from 10:30-11:30 a.m.

For more information on the Capistrano Boxing Gym or the Parkinson’s classes, go to capistranoboxinggym.com or call 949.276.7776.