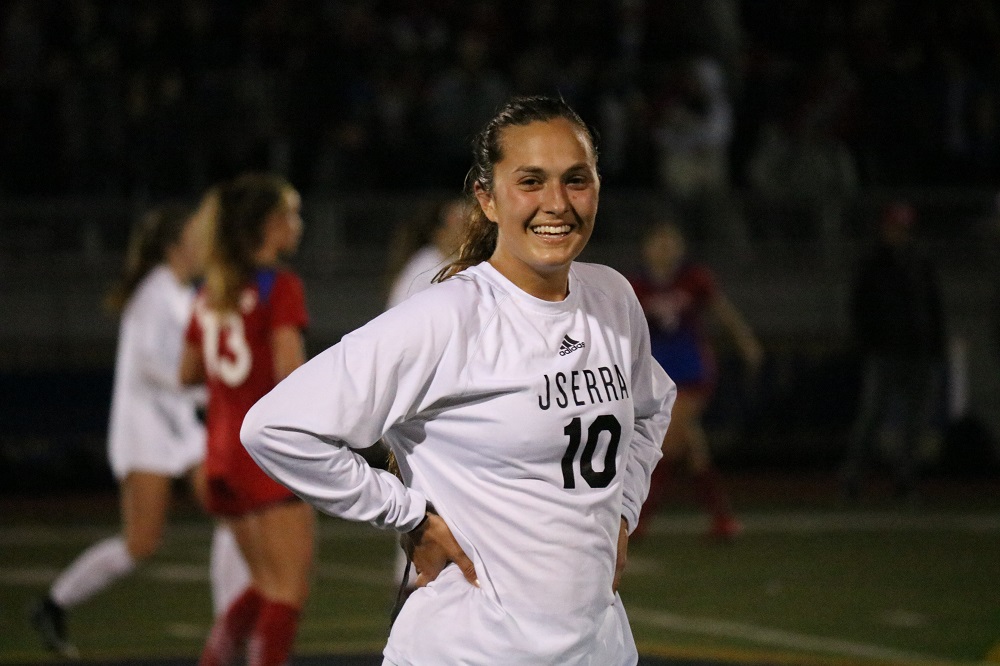 She had already accomplished enough for several careers before her senior season began, but D’Aquila and the Lions girls soccer team did it again with a third consecutive CIF-SS championship.

For her efforts, accomplishments and capping off of a stellar career, Isabella D’Aquila is The Capistrano Dispatch’s 2018-19 Girls Athlete of the Year.

The number of titles and accolades that can be listed in front of D’Aquila’s name is Daenerys Targaryen-esque.

The very last one may not be true, but with the rest of her accomplishments, it wouldn’t be hard to believe.

As a senior, D’Aquila’s feet were just as deadly as ever with 33 goals and 13 assists. Her high school career totals cap off at 134 goals and 59 assists.

With JSerra’s direct attacking strategy, D’Aquila was always at the front of every push, but she isn’t strictly a straightaway player. D’Aquila is incredibly technically sound with stellar ball control, and if she does lose the ball, she is relentless in getting it back.

D’Aquila and the Lions went unbeaten in the 2018-19 season with an overall record of 22-0-3. Despite the three draws coming in Trinity League play, JSerra still captured the league title and bowled through the CIF-SS playoffs. The Lions allowed only two goals in the CIF-SS postseason on their way to the Division 1 title in a 3-0 win over Los Alamitos.

D’Aquila scored the third goal against Los Alamitos in the game’s final minute. The goal stands as her final strike in a JSerra uniform, as she did not play with the Lions in their run to the CIF Southern California Regional title. D’Aquila joined the United States U20 team in Spain then and is currently at a United States U20 team camp in Virginia.

D’Aquila is signed on to play at Santa Clara University next year and continue her ascent and assault on the soccer field. 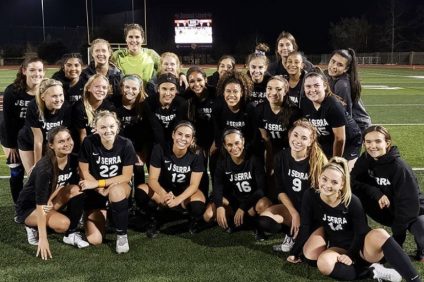