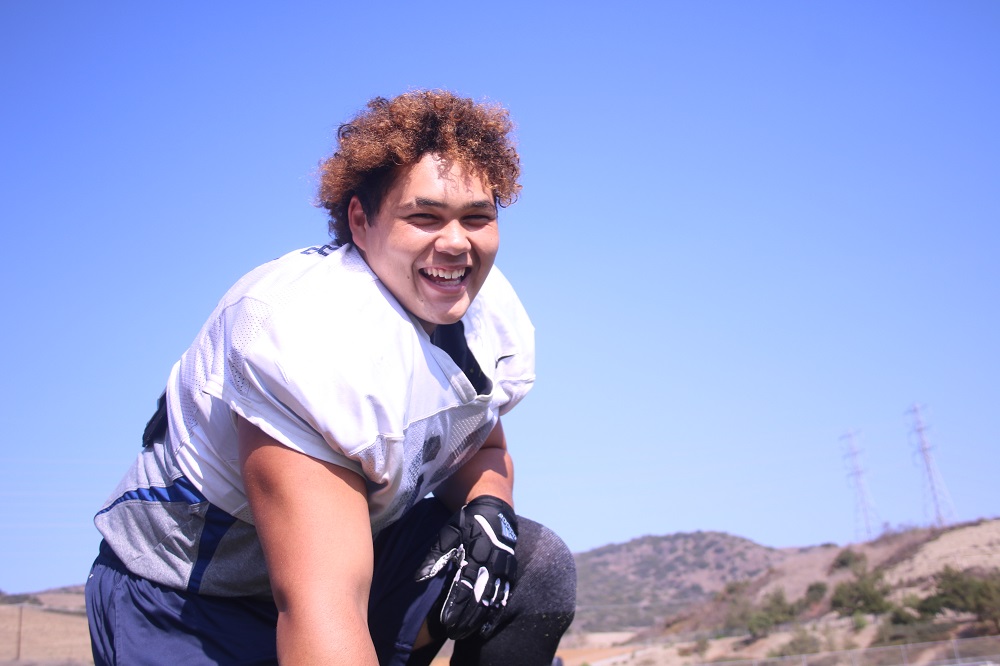 It would have been impossible not to notice senior Sean Rhyan around San Juan Hills High School this year.

For one, he is a mountain at 6-foot-4, 311 pounds, but beyond his size, Rhyan was transcendent in multiple sports this season. Rhyan earned a Pac-12 scholarship with his strength on the football field and captured a CIF-SS title with his meteoric launches in the shot put.

For his efforts and accomplishments, Sean Rhyan is The Capistrano Dispatch’s 2018-19 Boys Athlete of the Year.

The story for Rhyan really begins well before the start of last fall’s football season. Rhyan had some notice nationally as a college prospect on the offensive line, but after his junior season, the buzz ramped up quickly.

Through his senior season, Rhyan ended up with 14 NCAA Division 1 offers from Alabama, Nebraska, Notre Dame, South Carolina, Arizona, Arizona State, Cal, Oregon, Oregon State, Stanford, USC, UCLA, Utah and Washington. After narrowing his field down to USC and UCLA, Rhyan chose to be a Bruin and signed with UCLA on the early National Signing Day on Dec. 19.

San Juan Hills rushed for 1,719 yards behind its Rhyan-led line. Rhyan also played a few snaps on defense and collected 12 tackles and two sacks. The Stallions only advanced to the second round of the CIF-SS playoffs, but Rhyan was named first-team, All-CIF Division 2.

In the spring, Rhyan transitioned to the throwing ring, where he continued to shine in the shot put and improved on already impressive numbers.

As a sophomore, Rhyan won five of the seven meets in which he threw, including his first Sea View League championship. In his junior season, he won six of the 10 events in which he threw, plus two second-place finishes. Rhyan collected another Sea View League title and finished second at the CIF-SS preliminaries, but did not compete in the finals.

Rhyan extended his throwing season as a senior and collected nine victories in 14 events, with three more podium finishes. Rhyan won the Orange County Championship with what stands as a personal-record throw of 63 feet, 3 ½ inches. He also collected his third consecutive Sea View League title and finished first at the CIF-SS Division 1 preliminaries.

This time, Rhyan did continue his track and field postseason, and took it all the way to the end. Rhyan won the CIF-SS Division 1 title with a 59-foot, 5-inch throw on May 11. He followed that up with a second-place throw of 61 feet, 10.75 inches at CIF-SS Masters to qualify for State. Rhyan made his final high school throws count with a toss of 61 feet, 6 ½ inches to take home a State bronze medal with a third-place finish.