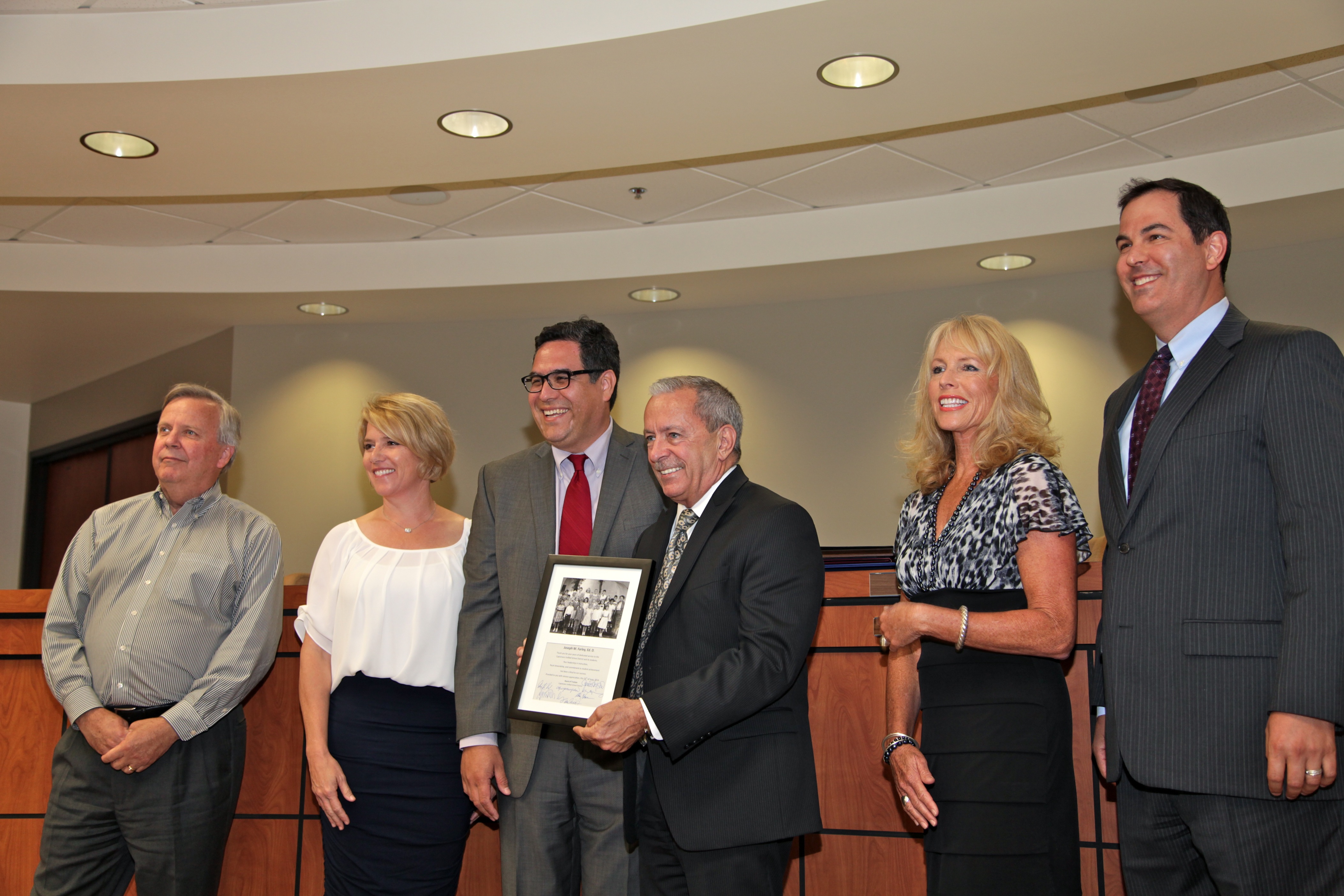 Retiring Capistrano Unified School District Superintendent Joseph Farley attended his last graduation at Dana Hills High School on Tuesday. The next evening, he presided over his final board meeting and trustees gave a warm sendoff to the man they have called their leader the past four years.

Speakers praised Farley for steering the district through troubling times, including its worst fiscal crisis. They applauded his openness and willingness to speak with teachers, parents and staff during his four years at the helm.

Farley received framed proclamations of thanks from each of the cities in Capistrano Unified, as well as recognition from local elected officials. Trustees also pitched in to buy a new custom watch, inscribed with Farley’s name and the Capistrano Unified seal.

“I count you as a friend. You’ve been a great mentor. I will always remember those phone calls where you started, ‘John, this is where I can pretend to be your father,’” said Board President John Alpay. “For the record, I did listen to it. Thank you very much for everything you’ve done. You’ve done a great job. I didn’t hire you here. I wish I did so I could take credit for everything you’ve done.”

Trustee Jim Reardon, who was elected in 2012, also thanked Farley.

“I feel that our relationship has been cut a little short. I think we were just getting on our stride there,” Reardon said. “Thank you for your service to the district and best of luck on your future endeavors.”

Farley, who will take on a part-time job with a national consulting firm tasked to find school officials, reciprocated the well-wishes with trustees and district staff.

“When I reflect back on the body of work, I’m really proud of the impact on kids, especially the ones that sometimes fall through the cracks of our systems,” Farley said. “Am I completely ready for the watershed moment of retirement from this wonderful work? Probably not. But I’m leaving it with an enormous sense of gratitude and appreciation.”