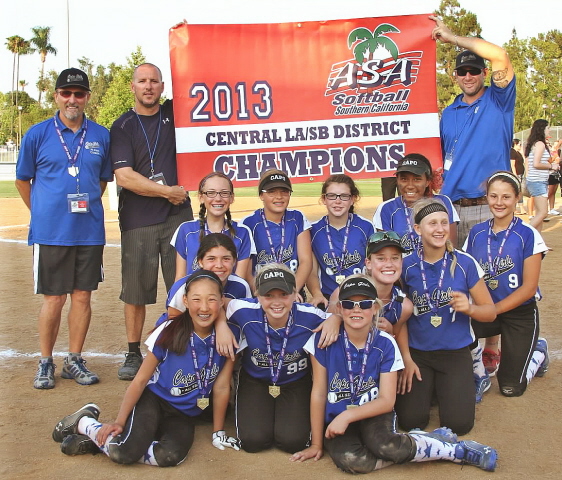 Winning a program’s first ever All-Star district tournament would usually be enough for some. But for the Capo Girls Softball 12U All-Stars, who accomplished that feat on June 23, it proved to be just the beginning of a deep postseason run.

With their district tournament win, the 12U All-Stars qualified for the California State Championships at Hourglass Park in San Diego. On July 14, after two days of competition, the team walked away with the second-place trophy.

The team began their California State Championship tournament run with a convincing 17-8 win over Upland. They followed that up with a 9-2 win over Culver City before facing Encino in the third round.

Encino proved to be a tough test for the San Juan-based team. When the two squared off in the tournament’s preliminary stages, Encino bested Capo 9-6. They faced each other in the championship game and again, Encino prevailed, this time in a 8-3 victory.

Overall, the 12U All-Stars went 5-2 in the tournament.

The team won the program’s first ever ASA Central LA/South Bay District championship on June 23. The 12U All-Stars also won their own tournament, the Capo Classic, earlier this year.

The lower-age levels of Capo Girls Softball also did well this year and helped provide another first for the program. For the first time in their history, there were enough players to field two 10U teams.

The 10U All-Star Gold team took home third place at the district tournament and qualified for the California State Championships. Results for the 10U All-Stars were not available at press time. The club also fielded a 10U All-Star Silver team.