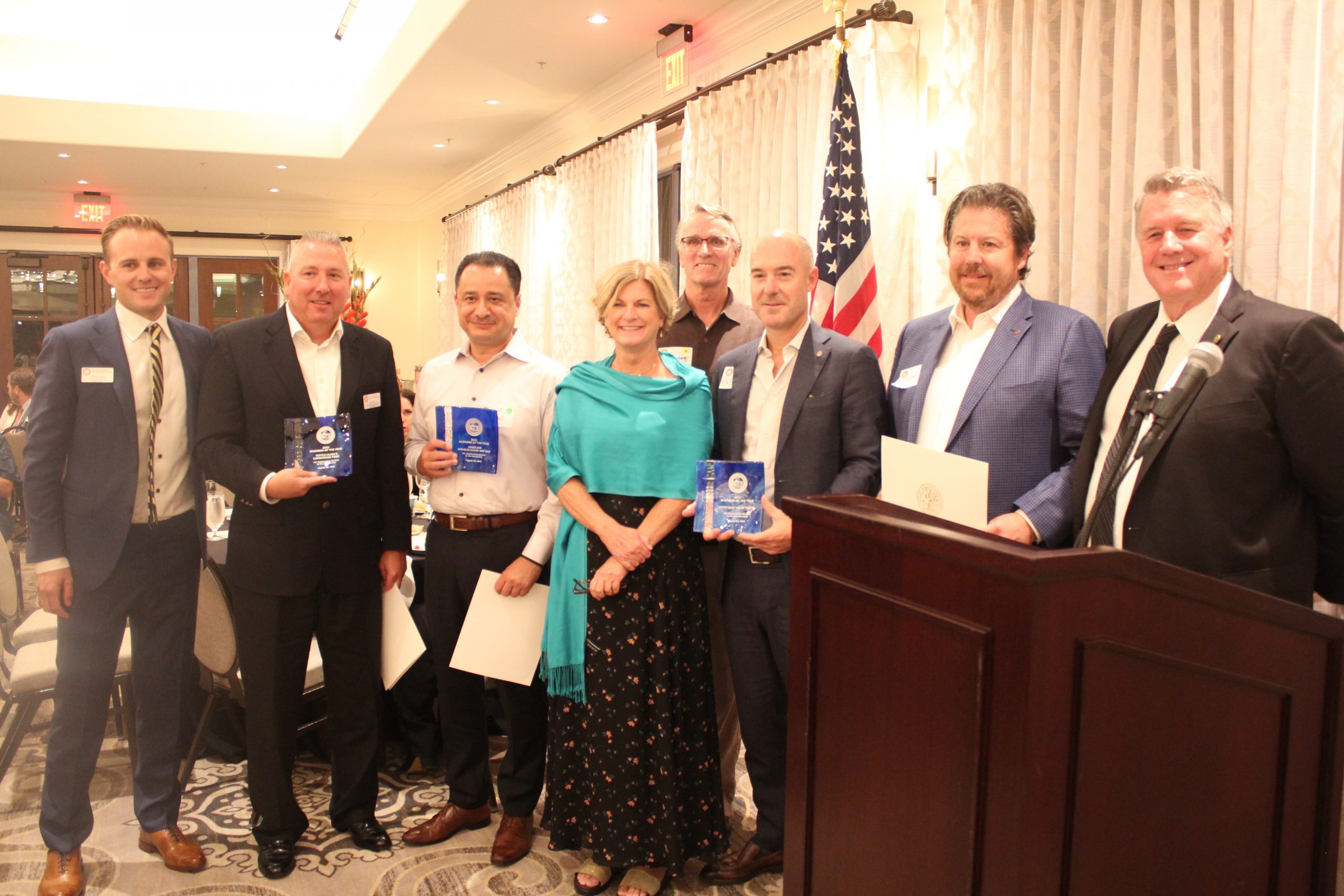 Chamber of Commerce Awards Citizen, Businesses of the Year During Banquet

The banquet is generally an annual event, but it did not happen in 2020 due to the ongoing pandemic. San Juan Capistrano Fiesta Association President Jim Taylor was named Citizen of the Year. Taylor has volunteered with food giveaways and other community events throughout the past year, and he also has been an advocate for suicide prevention.

“It wasn’t just me out there. It was a ton of us,” Taylor said. “So many businesses stepped up during the pandemic. Restaurants that were shuttered donated food so it wouldn’t spoil.”

Mayor John Taylor noted the economic benefits that the local auto industry had for the town during the pandemic.

The banquet also serves as a passing of the torch for the Chamber’s Chairman of the Board. Doug Abramson was named the new chairman and replaces outgoing Chairman John Alpay.

“Even though we haven’t been front and center, we have been working behind the scenes to best represent the interests of the business community,” Alpay said.

Abramson said the Chamber has navigated two tough years, encouraged people to get involved with the Chamber, and complimented Inn at the Mission San Juan Capistrano—a boutique hotel that opened downtown last fall.

“Thanks to Inn at the Mission for providing this facility,” Abramson said. “I hope you all take notice how nice it is, because it is an awesome venue. Please consider it for future events.”