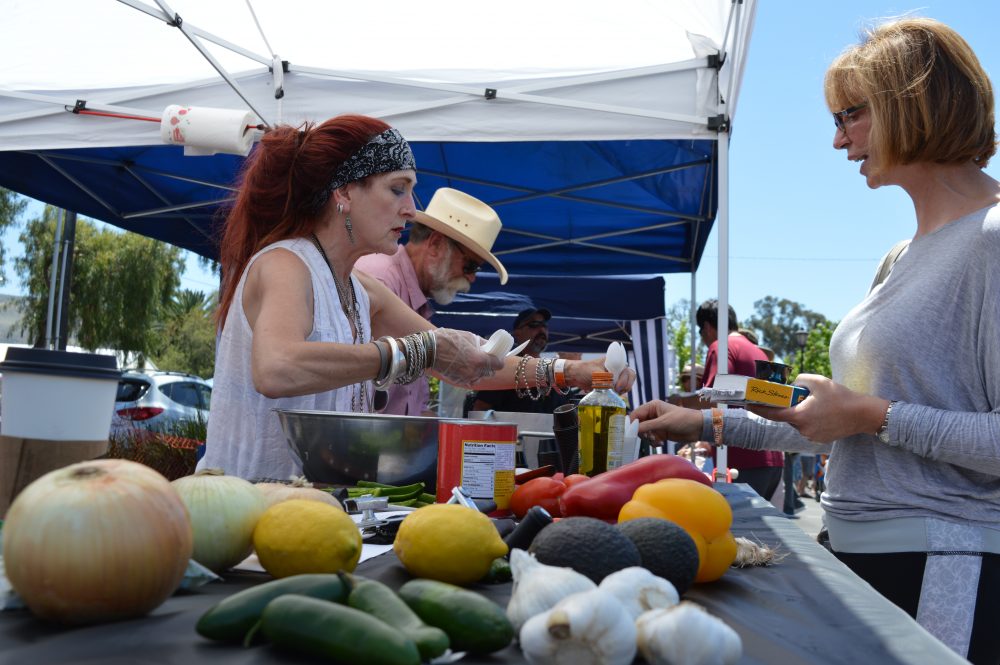 Chili Cook Off Brings Thousands to Resurgence of Event

More than 2,000 people came to the 2018 Chili Cook Off on Saturday, May 5 for a day of chili, beer and music, as the community event came back after eight years of absence.

The Chili Cook Off, which featured chili contests, chili tastings and live music by Family Style & Jann Browne, was hosted by the Swallow’s Inn and the San Juan Capistrano Equestrian Coalition (SJCEC), with proceeds going toward the Swallows Foundation and the SJCEC. Susan Gregory, co-chair of the Chili Cook Off, said the event was a success and that she was pleasantly surprised at the amount of people who came.

“People had a lot of fun, we’re pleasantly surprised at the amount of people who showed up,” Gregory said. “We’re looking forward to making it bigger and better next year.”

The chili contest categories were red, homestyle and verde. Nina Leone, Ms. Fiesta, was one of the judges of the chili competition. Leone said that for each tasting, a fresh spoon was required and if a judge has sour cream and/or cheese on a chili, then they were required to have it for each chili tasting. Beer and water, in addition to grapes, were available to clean palates between tastings.

The winners for the contests, which will go onto other chili competitions, were: Clark McGee for traditional red and homestyle; and Karen Angotti for verde.

Jefferson Parand, born and raised in San Juan Capistrano, said he was excited to have the event back.

“It’s great to have a localized community event,” Parand said. “I’ve already seen people here who I haven’t seen in years because they’ve moved, but they came back today for this event.”

Parand added that there were newer, and younger, faces at the event also.