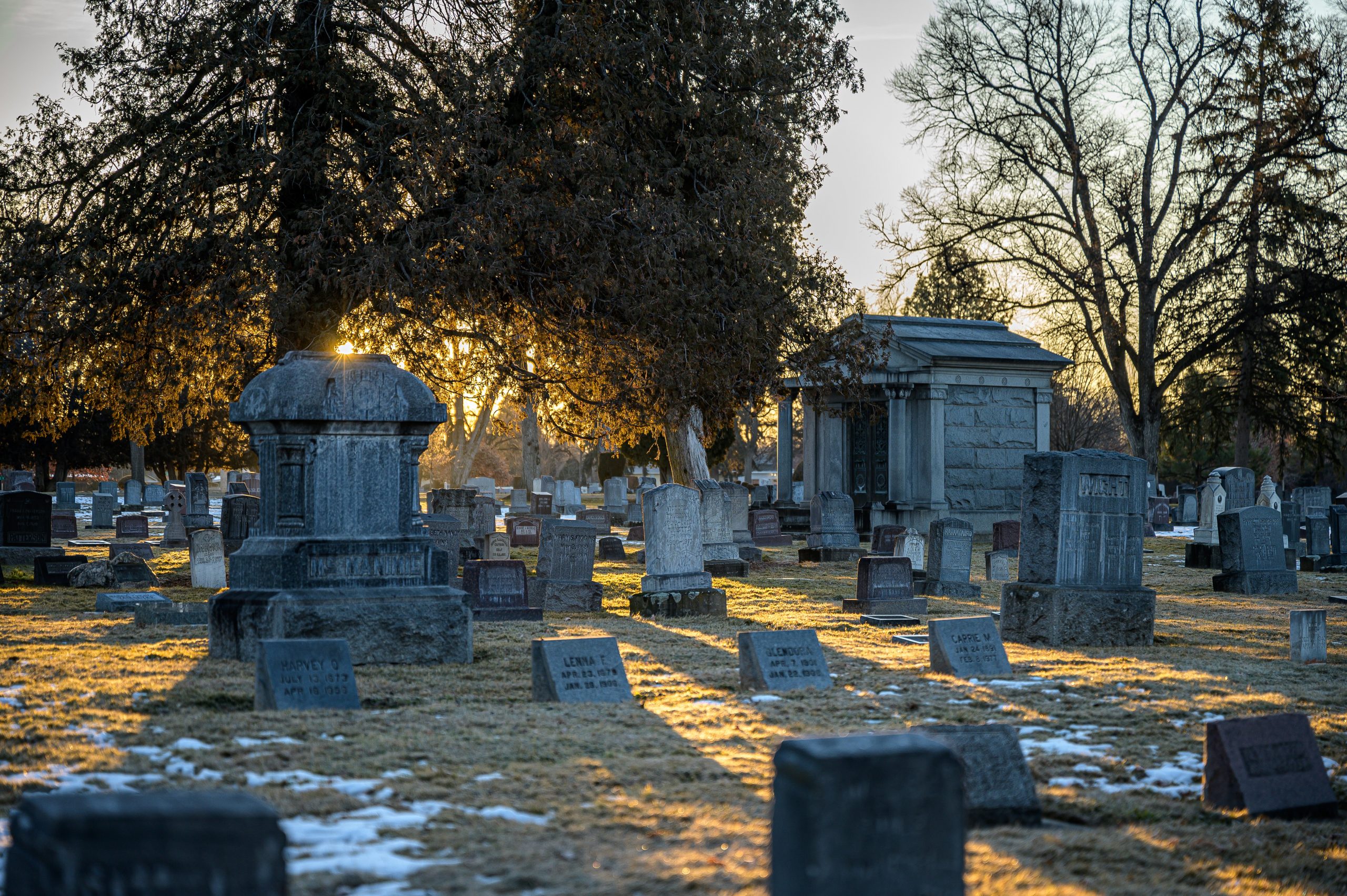 ’Tis the “spooky season” and the time we honor our ancestors, so let’s talk about how our final resting places affect Mother Earth.

If your plan is for a standard burial, consider what the U.S. funeral industry puts into the ground each year: 77,000 trees for caskets, 1.6 million tons of carbon-emitting concrete for grave liners, 17,000 tons of copper and bronze, plus 64,500 tons of steel for caskets, and 4.3 million gallons of embalming fluid containing carcinogens such as formaldehyde. Modern cemeteries then use water, chemical weed-killers and fertilizers and gas-powered mowers to look artificially tidy on the surface, while those embalming chemicals leach into the ground underneath. You might think that funerals costing almost $11,000 on average are signs of respect, but these practices do not honor the natural cycle of life. The not-so-creepy truth is that, like every other creature on the planet, we are intended to let the Earth reclaim our resources.

The most popular option, cremation, isn’t an eco-friendly answer, either. Cremations in the U.S. are estimated to release 360,000 metric tons of carbon dioxide and sulfur dioxide into the atmosphere annually. The resulting ashes are very high in sodium and without special treatment are much too alkaline to provide nourishment to any plants they may be scattered over. The ocean doesn’t benefit from having more stuff thrown into it, either.

So, what’s a body to do? Enter “green burial,” aka “what our ancestors did.” Until funeral homes became big business during the Civil War, everyone was interred close to home in a simple biodegradable box, perhaps wrapped in a shroud or a favorite blanket. No chemicals or concrete liners were used.  The grave was 3-4 feet deep, preventing odors and deterring wildlife but shallow enough to nourish nearby trees and flowers. These funeral practices are the norm in the Jewish and Muslim faiths and are increasingly accepted by mainstream Christian religions. Today, natural burial is allowed in “green” sections of traditional cemeteries and in designated conservation burial grounds, where an endowment is used to preserve the cemetery as open space in perpetuity. Leaving the planet naturally can cost your heirs far less money and helps the Earth benefit from minerals that are otherwise locked away.

When it’s your time to walk on the spooky side, consider choosing green burial to honor both the ways of our ancestors and the future of our planet.

Patti Maw is a member of the South Orange County Chapter of Citizens’ Climate Education/Lobby.  She has lived in San Juan Capistrano for 10 years and firmly believes that life is amazing and nature is beautiful.