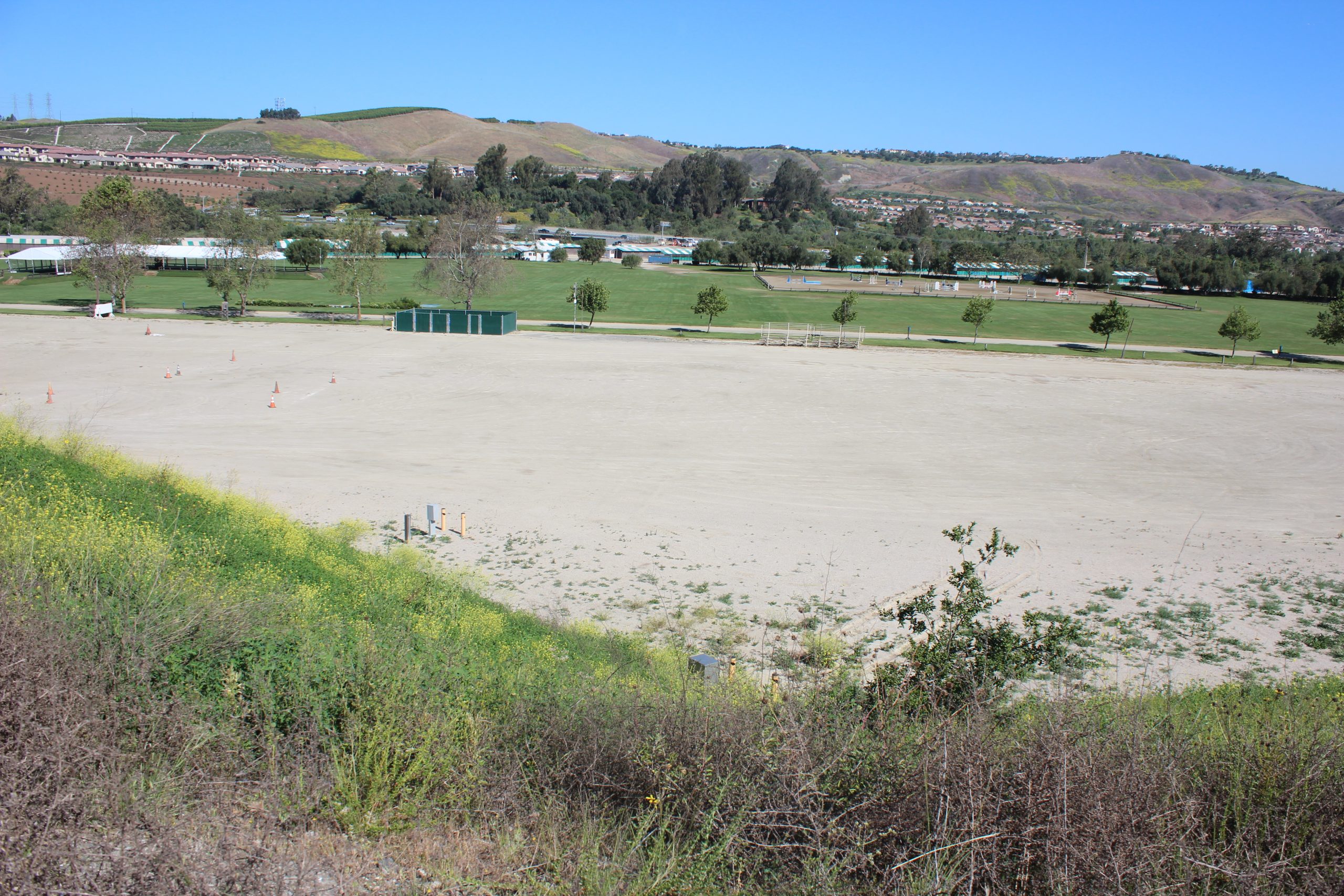 Editor’s note: The headline has been changed to clarify the water quality improvement projects are for the Eastern Open Space.

The City of San Juan Capistrano is mulling exactly how to proceed with required water quality improvements at the Eastern Open Space and associated with the Rancho Mission Viejo Riding Park, with a deadline of December 2022.

During a city council meeting on Tuesday, Feb. 2, the council approved a request for proposals for uses at the riding park that would permit considerations of a variety of uses, including non-equestrian activities. Equestrian activities are a main feature of the park. Any uses of the park are subject to city and Rancho Mission Viejo regulations, under an agreement the city previously reached with Rancho Mission Viejo.

“That would bring us back to summer of 2021 to receive the proposals, review them, and (ideally) we’d have an operator selected by fall of 2021, and then implementation in 2022 of the transition plans or the investments in the capital projects with (Blenheim Facility Management) or another equestrian operator,” Assistant City Manager Charlie View said of what’s ahead.

City staff recommended the extended request for proposals after a previous request for proposals limited to equestrian activities drew only two responses—one from a small operator in Los Angeles and the other from Blenheim Facility Management (BFM), which currently operates the park. Neither was considered adequate to cover the millions in costs for the water improvement projects.

The improvements are required under a consent decree reached after Orange County Coastkeeper sued the city and Blenheim Facility Management in 2017 over the water quality. The city owns the park property after purchasing it in 2010.

The council voted, 3-1, to approve the request for proposals. Mayor John Taylor and Councilmembers Sergio Farias and Troy Bourne voted yes. Councilmember Howard Hart voted no. Mayor Pro Tem Derek Reeve was not at the meeting.

Farias made the motion to go with staff recommendation for the expanded request for proposals.

Hart introduced a separate motion to prioritize equestrian uses under the request for proposals, which did not get a second from other councilmembers. Hart was newly elected to the council in November—he replaced former Councilmember Brian Maryott in the District 5 seat—and prioritized keeping San Juan’s equestrian heritage during his campaign.

Hart asked View if anyone had talked to Coastkeeper about their cooperation on moving back the December 2022 deadline. View said staff had a meeting with Coastkeeper and BFM to discuss a number of items, including that timeline.

“Coastkeeper’s response was they would like to see things move forward toward the consent decree,” View said. “My understanding from BFM is they’ve had some offline conversations that if Coastkeeper saw good progress, they might be willing to discuss. I have not heard that.”