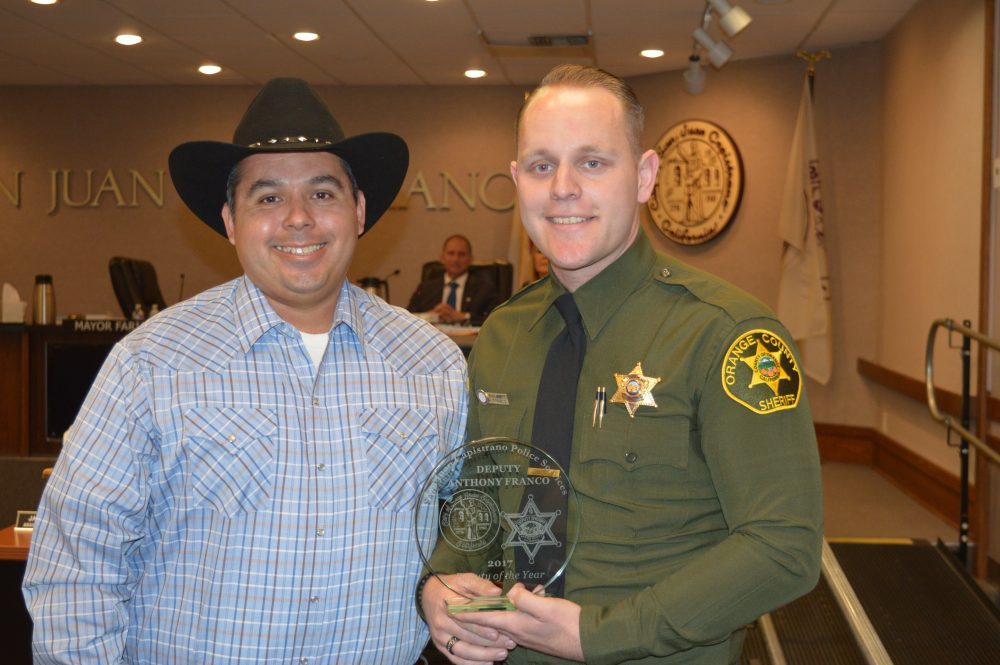 Farias presented the award to Franco at the city council meeting, with some 20 Sheriff’s deputies in the audience.

With his experience, Franco is now one of the most tenured training officers to new deputies, Farias said.