It was the first time the City Council held public interviews since changing the citizen commission structure and appointment process in November. Previously, a council subcommittee conducted private interviews and made their recommendations to the council for a final vote.

The council initially intended to vote and make their appointments after the interviews, but with Mayor Pro Tem Sam Allevato absent, they decided to wait until the June 4 meeting to make their final determination.

Each interview was limited to 10 minutes. Applicants began with their opening statements and were then asked one question from each council member.

Most candidates were asked what they would do to make the city review process more efficient and to do away with what Commissioner Nunn called a “Ping-Pong process,” where applicants often took their plans back and forth between the Planning Commission and its subgroup, the Design Review Committee.

“I would recommend that the planning director be given more responsibilities to make decisions,” Nunn said. “There’s small stuff that can be done without the need for a full review by the Planning Commission or the Design Review Committee.”

Commissioner Cohen, who’s been on the commission for 18 years, said applicants had become tired of the “bureaucratic process.” In order to save both the city and an applicant time and money, Cohen said the Planning Commission and Design Review Committee could hold joint meetings. Cohen also said council members should take a more active role in the commission process.

With Commission Chairman Williams at the podium, Councilman Derek Reeve asked why architects for the McDonald’s restaurant redesign project have had to resubmit designs, between the Planning Commission and Design Review Committee, four times in a year. Williams said the restaurant’s initial design proposal was too modern and that it did not comply with the Downtown Master Plan.

“We see this a lot where the first question we ask is ‘Did you even read the guidelines?’” Williams said. Echoing fellow Commissioner Parkhurst’s statements, Williams said the process it took to build the Marriott Residence Inn was a good example of the commission’s review process working efficiently.

“That project could still be on the drawing board if the developer decided to push back and not agree with the Design Review Committee,” Williams said. “They did exactly what they knew they needed to do … When we gave ideas, they embraced it and moved forward.”

Gardiner, a 40-year resident in San Juan Capistrano, was the general contractor for the Marriot hotel. Drawing from that experience, Gardiner said after the meeting, he told the council that he would simply try to maintain the balance between the city’s guidelines and a developer’s intent.

“I don’t know that it needs to be changed,” Gardiner said. “It just needs to be made sure there’s a good balance, preserving what we want here and letting people do what they should be able to with their property, as long as it fits within the law.”

Chaffee, a staff member in Senator Mark Wyland’s (R-Carlsbad) office, was the lone applicant without experience in the building or planning industries. Following a question from Councilman Roy Byrnes, Chaffee said he would bring a fresh point of view to the commission.

“I’d present a new perspective and a new level of diversity,” Chaffee said. “I’ve got experience with state, local and county governments, and I’d be more than willing to work with city staff to efficiently get each case through the Planning Commission process.”

Solt, a former member of the now-dissolved Housing Advisory Committee, highlighted his experience working with Habitat for Humanity and the South Orange County Alliance for Housing Our Communities.

Solt spoke on the dearth of affordable housing in the city, especially for those who worked in San Juan Capistrano. He specifically pointed out that many city staff members lived elsewhere.

“They’re part of our family but they live out in Corona, and they miss their kids’ Little League games,” Solt said. “We need to have enough affordable housing to help assist those who work here live here.”

All eight application packages are available to view and download below: 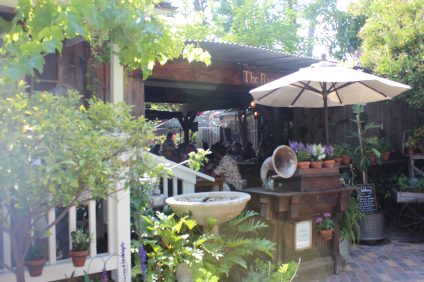