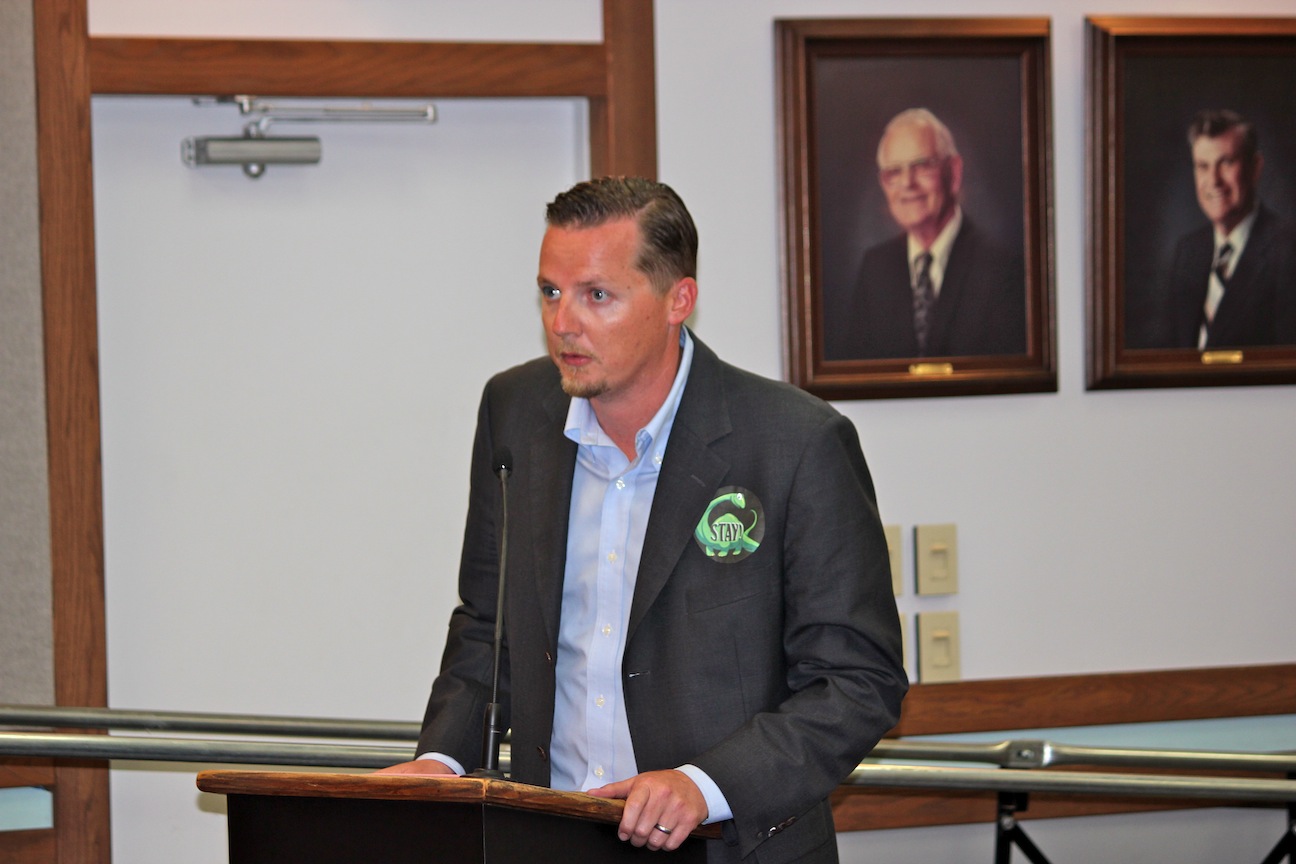 The city will now seek the opinion of the state Attorney General’s office instead of spending $25,000 for an independent investigator

The San Juan Capistrano City Council, which has been mired in controversy over the last two months, decided not to move forward with a formal investigation into allegations of council misconduct Tuesday after receiving a peacemaking strategy from a concerned group of local business leaders.

The council reversed course from its decision November 5 to spend $25,000 to hire an independent investigator to look into Councilman Larry Kramer’s allegations of ethical and legal violations by councilmen Roy Byrnes and Derek Reeve. Discussion among council members during that meeting was contentious, further highlighting the charged political climate in town stemming from an ongoing recall effort against Councilman Sam Allevato.

In a letter sent to the city Thursday, November 14, Mark Bodenhamer, CEO of the San Juan Capistrano Chamber of Commerce, offered a list of ways the council could begin to restore relations on the dais and repair their image.

“Like Washington, the only real beneficiaries of this divisiveness are going to be the lawyers, political consultants and certainly not the taxpayers and businesses,” said Bodenhamer, speaking on behalf of the chamber board and the more than 300 businesses and residents they represent. “We have an opportunity to clear out political obstacles that will impede your ability to lead this community, and we have an opportunity to let your constituents know that you five … are working for their needs.”

Byrnes became a target of the investigation after Kramer questioned whether he had violated the Brown Act, the state’s open meeting and public records law, when he disclosed that the council had voted in closed session to ban newspaper racks at city properties to Kim McCarthy of Community Common Sense, a local activist group and publishers of a monthly newspaper.

The council decided to take up the chamber’s suggestion to reaffirm their commitment to the Brown Act by taking additional courses on the law. Council members will also be reminded of what actions can be reported from closed session meetings to the public. The council also directed city staff to survey other cities’ policies on newspaper rack regulation.

Instead of an investigation, the City Attorney’s office will now seek the opinion of the state Attorney General’s office regarding Reeve’s role as a council member and as an attorney representing Common Sense in the newspaper rack issue, as well as in public records act issues. The council majority of Kramer, Allevato and Mayor John Taylor had criticized Reeve’s position, saying that legally representing the group conflicted with his duty to the city.

Reeve, who was unable to attend the meeting, sent a letter that criticized the chamber’s suggestion that he, or any other future council member who happened to be a lawyer, be restricted from practicing their profession.

Although Reeve recused himself from the council’s closed session meeting to ban newspaper racks, the council’s ethics policy prohibits members from serving as legal representatives for groups in an “adversarial” role against the city, according to Assistant City Attorney Patrick Muñoz.

The Brown Act allows city councils to enter into closed-door meetings when public discussion puts the city at a disadvantage in certain circumstances, such as in cases where cities must address potential litigation. Common Sense members, however, have said there was never any threat of legal action that necessitated the San Juan Capistrano’s closed session meeting.

Muñoz said the Attorney General office’s opinion may or may not find any wrongdoing with Reeve and that the council could consider reviewing their ethics policy.

Council members were also asked by the chamber to join in their public position against the recall effort, citing the estimated $100,000 it would cost to hold a special election.

Allevato found support in his council allies, Kramer and Taylor, but Byrnes abstained from taking a position. In his letter, Reeve said he had not taken a public position and that any decision to recall would be up to residents.

“People throughout the country as well as up and down the state have led efforts to recall elected officials. This is a decision for the voters,” Reeve wrote.

Several residents at the meeting pleaded with the council to end their bickering and to begin focusing on more pressing matters.

“Just because San Juan Capistrano is the birthplace of Orange County doesn’t mean people have to act like 3-year-olds,” Michael Forster said. “I think I speak for a lot of people in this city, that we watch what’s going on and it’s ridiculous … We need open, honest, simple leadership. Everybody’s going into their corners. Everybody’s digging in for a fight. If you took half that energy and put it into looking for a common solution, everybody’s life would be better.”

Some residents and Reeve criticized the meeting itself, which Reeve wrote was placed on the calendar with only one day’s notice. Reeve noted in his letter that he had told city staff on Friday that he would not be available and that City Manager Karen Brust was also out of town.

“I appreciate any altruistic and sincere attempt to bring civility to community affairs within this city we all love … While I support the businesses that make up the chamber, I find the chamber board’s proposal misguided,” Reeve wrote. “If the majority of the council is sincere about bringing civility to the city, they would not call a special meeting, which in my opinion is a political tactic designed to emasculate the council minority. This does not remedy anguish, it exacerbates it.”

In another letter written by Reeve, sent to The Dispatch and other media outlets Thursday, November 21, he wrote that he “urged everyone involved to wait” but that Taylor insisted on having the meeting.

“I could not imagine how the council would have this meeting without all five council members in attendance,” Reeve wrote. “You cannot have a peace conference without the participation of all parties. Instead, the city held my trial in absentia.”

Common Sense Editor Kim Lefner applauded the chamber’s efforts in supporting local businesses but criticized their public stance against the recall and entrance into the political debate.

“You as a council should fix the problems that you’ve created for yourselves and leave the Chamber of Commerce out of it. Let them do the business of promoting businesses in this city and get out of politics,” Lefner said.

Another resident, Lennie DeCaro, said the chamber’s proposal and the special meeting offered the council majority a way out of the investigation, which would have ultimately looked into the conduct of all council members.

“This entire special meeting just doesn’t pass the smell test … It appears (the council majority) just got a whiff of what they potentially just stepped into,” DeCaro said. “I think the San Juan Chamber’s Board of Directors, likely at council majority request, have attempted to throw the council majority a saving-face lifeline.”

In his second letter, Reeve further added it was unfair to hold the meeting without allowing him the opportunity to speak for himself.

“I am in favor of ending the rancor in city politics,” Reeve wrote. “However, having people sing kumbaya around the bonfire while I am being barbecued holding the Constitution does not appear to be the ingredients to lasting civility.”