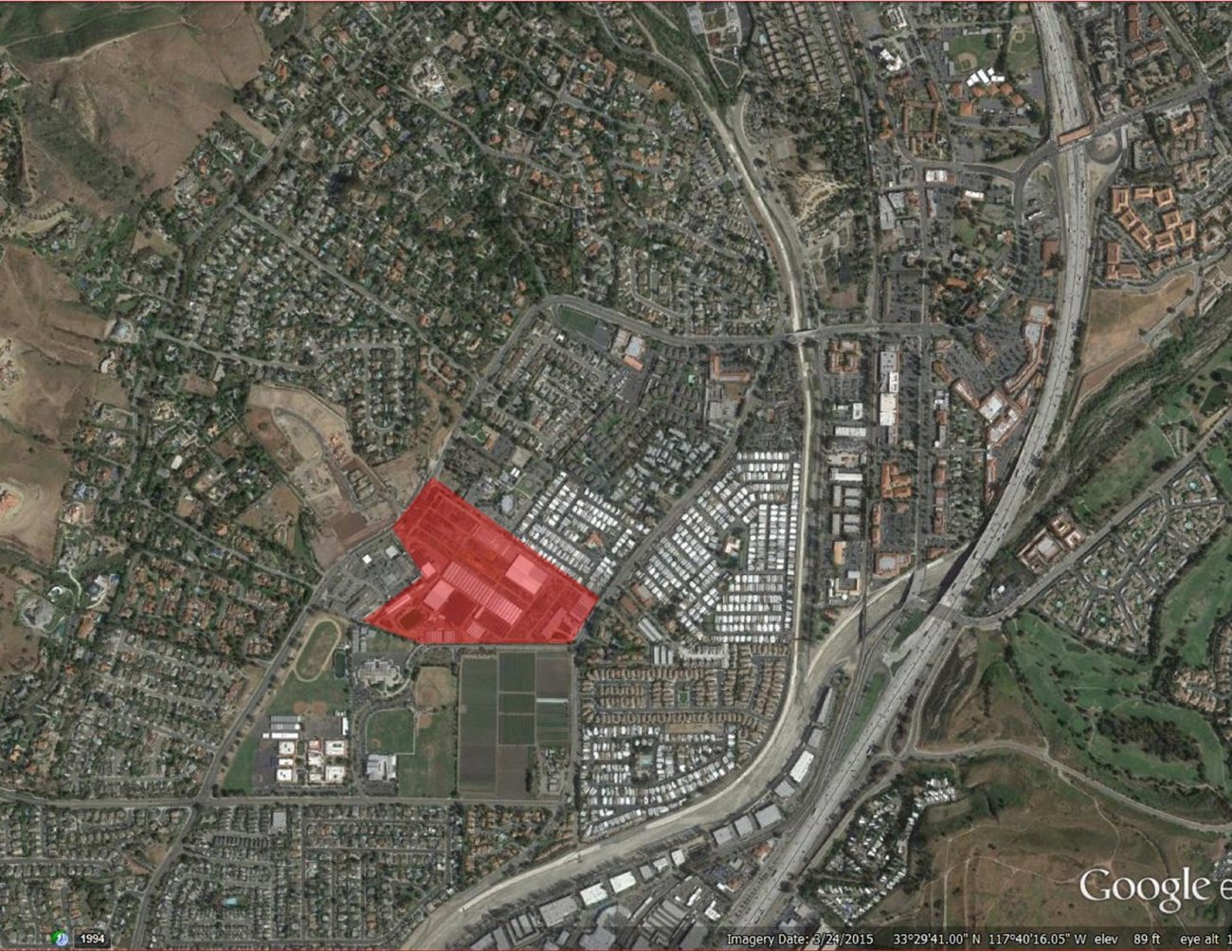 The Vermeulen Ranch, a 35-acre parcel of land off of Del Obispo Street owned by the longtime, farming Vermeulen family aiming to sell the land, has been sought after by Spieker Senior Development to build on it for years. On May 15, City Council unanimously (with Councilmember Pam Patterson absent) passed a resolution for a mitigated negative declaration pursuant to the California Environmental Quality Act (CEQA), approved a general plan amendment to change the land use of the property, a first reading of an ordinance to allow a residential community on the property and the first reading of an ordinance to approve a development agreement.

In October 2014, City Council approved a project to build a retirement community and care facility that would have contained 407 independent-dwelling units and a 101-unit health care center on Vermeulen Ranch to be developed by Spieker. The project approval included a general plan amendment that changed the land use from agri-business to specific plan/precise plan, a city staff report said.

After controversy swirled around the proposed development, a newly elected City Council in December 2014 voted to repeal the project approval, which included the general plan amendment regarding land use, the report said.

Following the project approval, in February 2015, Spieker submitted a request for a 240-residential unit on the Vermeulen Ranch site, along with the general plan amendment. It was ultimately rejected by the City Council. Subsequently, in July 2015, the Vermeulen Ranch property owner and Spieker filed a lawsuit against the city of San Juan Capistrano, claiming the municipality violated their rights. The lawsuit, among other things, sought to compel the city to initiate and study a general plan amendment, the report said.

Amid pending litigation, in September 2016, City Council adopted a resolution to initiate a general plan amendment study for a proposed commercial/residential development with a maximum of 180 residential units on approximately 30 acres of the property, the report said.

The lawsuit ruling is still pending.

At the May 15 City Council meeting, city staff’s recommendation was to pass two resolutions and approve and introduce the first readings for two ordinances. The four items passed unanimously and will enable a future developer–more than likely, Spieker–to submit residential development applications.

The new project, that applicant Vermeulen Ranch, LLC is requesting, requires the approval of the general plan amendment to the property’s land use. Currently, the Vermeulen property is designated as agri-business, which includes crops, orchards, nurseries, animal breeding, etc. Vermeulen requested to switch from agri-business to specific plan/precise plan, which the City Council passed unanimously.

Vermeulen Ranch proposed a specific plan to designate to the property, dubbed “The Farm Specific Plan.” This plan would allow the 35-acre property to be developed into a residential community of up to 180 single-family units, a 0.5-acre park and a public trail leading from Del Obispo Street to Via Positiva. City Council unanimously approved the introduction and first reading of that ordinance, in addition to approving the introduction and first reading of the development agreement ordinance.

The development agreement ordinance includes a commitment with the city for a future developer to provide various “public benefits in exchange for vested development rights,” the staff report said. The half-acre park and the trail from Del Obispo Street to Via Positiva are examples of those public benefits, in addition to others.

The City Council also unanimously passed the resolution to declare the mitigated negative declaration to analyze the potential environmental impacts, which a city staff presentation at the May 15 stated that potential impacts, including traffic, were not significant.

Spieker representative Troy Bourne spoke on behalf of the Vermeulen Ranch Center, LLC at the May 15 meeting.

“I think that the legal disagreement is unfortunate, and an action tonight, as staff has recommended, removes any claim against the city,” Bourne said. “Because it unwinds their obligation to these obligations that they were committed to in the 1970s.”

Councilmember Derek Reeve said his “yes” vote was due to costs of millions of dollars going toward potential ongoing litigation if the Council did not approve the resolutions and ordinances.

Some 15 residents spoke regarding the Vermeulen Ranch property, many of whom opposed the development, but also some who said that the proposed plan is a better option than a cookie-cutter development.

“I can emphasize, understand and appreciate the people who have lived around this property, or maybe who just drive by this property, don’t like the idea that something might go here other than flowers,” Bourne said. “Because for decades, they’ve been accustomed to looking at flowers, and who wouldn’t want that as their neighbor?”

When the ordinance for approval of the Farm Specific Plan and the development agreement ordinance come back to City Council for a second vote, the Dispatch will write a follow-up story.