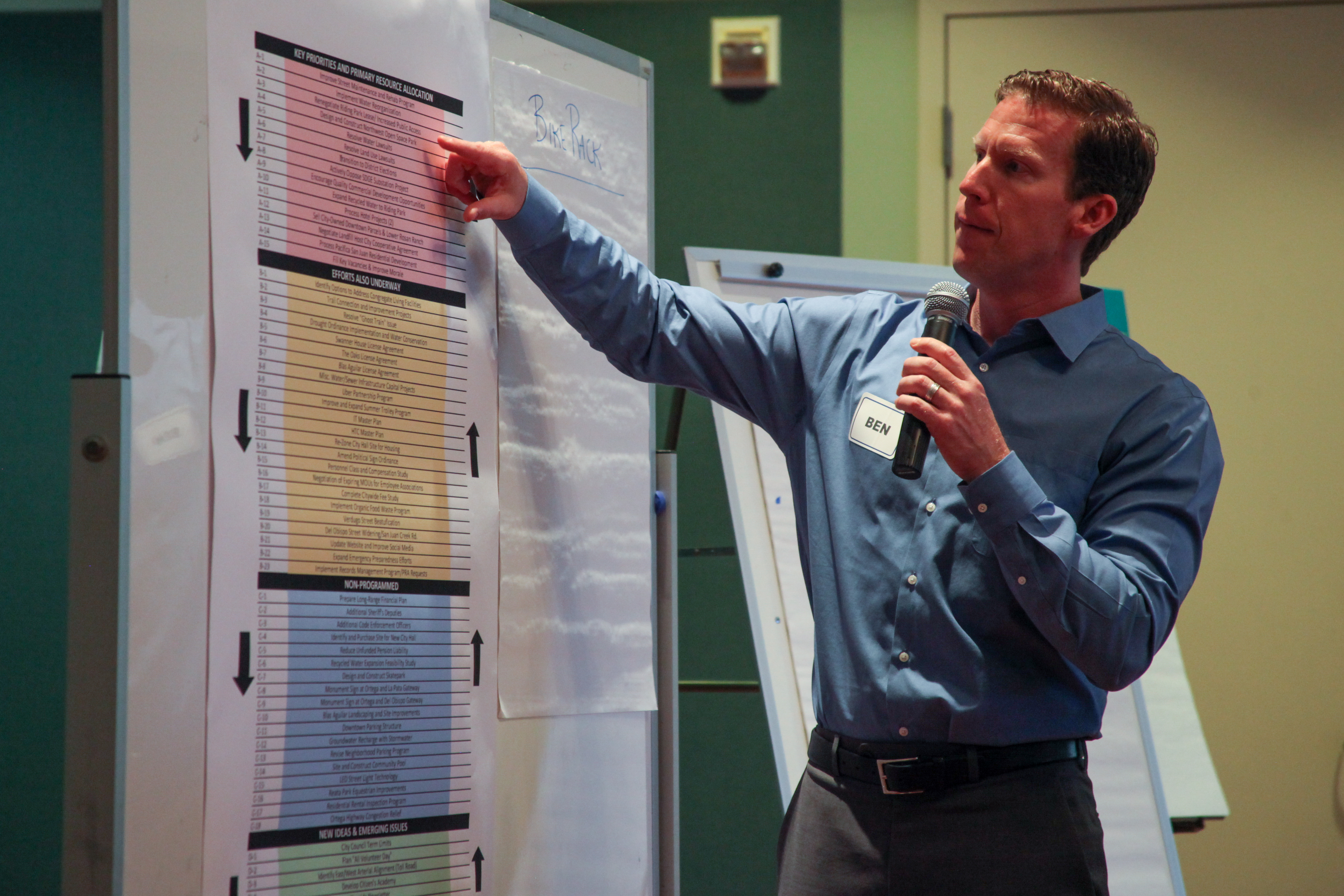 The San Juan Capistrano City Council and City Manager Ben Siegel held the city’s annual strategic planning workshop at the community center on April 4. Siegel presented the council and the city’s new department heads with a budget forecast and goals for the upcoming year. The day-long workshop was open to the public and included about an hour of public comment at the beginning.

Siegel presented a list of 15 high-priority projects for the coming fiscal year, as well as a list of efforts that are already underway, projects not yet budgeted for and a handful of emerging issues to keep an eye on. Each City Council member was asked to pick their top choices to prioritize above the rest. The top three collective priorities were: improving the city’s street maintenance and rehab program, reorganizing the city’s water and wastewater utilities and processing the two hotel projects downtown.

Siegel reported that staff is currently working on the city’s budget for fiscal years 2016-2017 and 2017-2018. Currently, the city’s expenditures are outpacing revenues, which Siegel said is due in part to significant ongoing litigation. Siegel described the city’s situation as a “lean environment” without “a lot of meaningful opportunities to reduce expenditures.” He provided council with some alternative options for raising revenue outside of any future taxes from commercial development, including a new county waste agreement and the potential to implement paid parking, which he said can generate several hundred thousand dollars a year.

A budget workshop is slated for May, and the City Council will adopt the two-year budget in June.