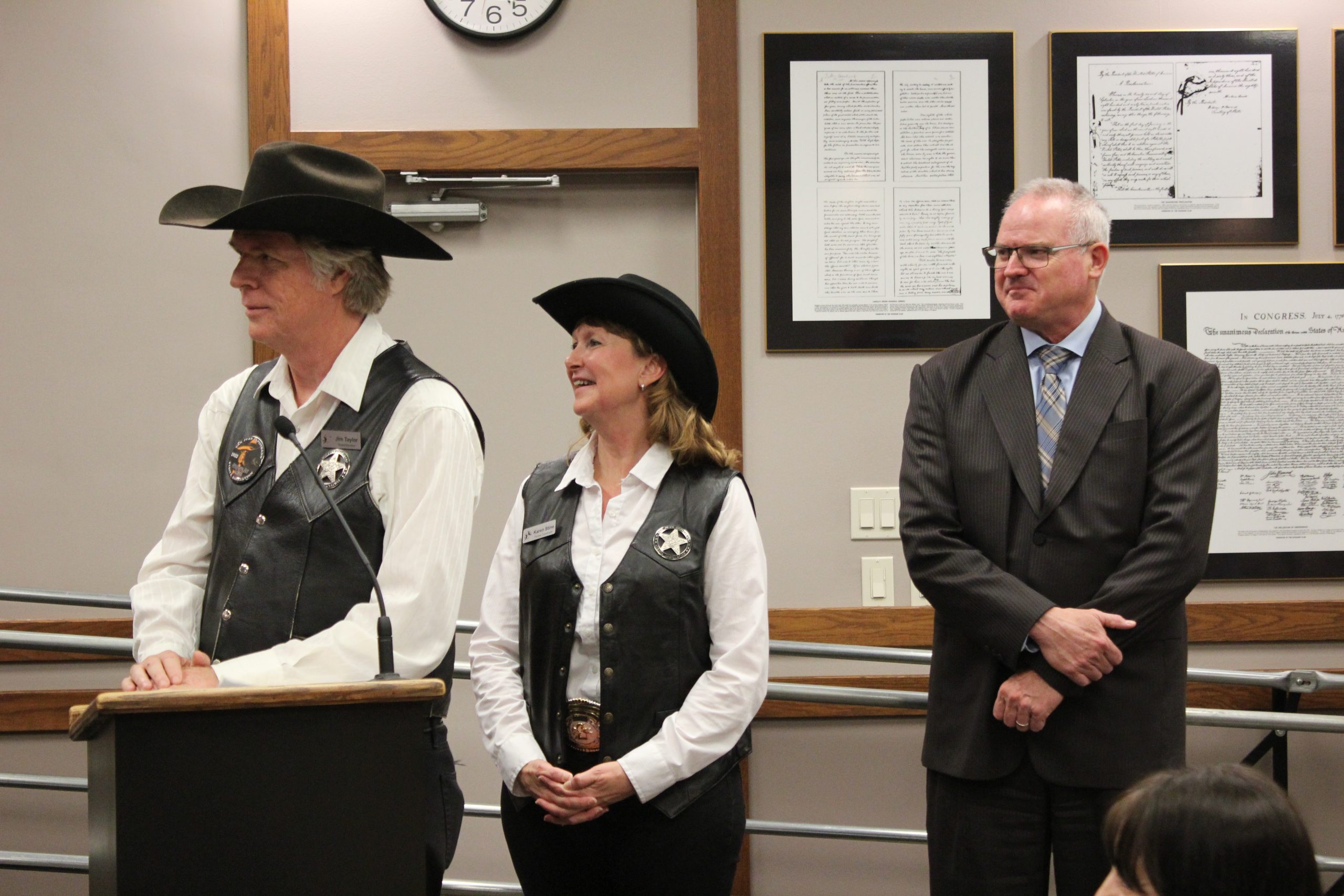 The San Juan Capistrano Fiesta Association, a volunteer group that organizes the annual Swallows Day Parade and related events, was recognized by city officials during a council meeting on Tuesday, April 19, for bringing back the town’s signature event after a long hiatus imposed by the COVID-19 pandemic.

Fiesta members crowded the council chambers during the recognition, clad in their signature black-and-white Western clothing. The 62nd annual Swallows Day Parade was held on March 12, the first time the event happened since 2019.

“I had a meeting with (Fiesta Association President) Jim (Taylor) when I first became mayor—the first person I spoke to, really, as mayor—and said, ‘You guys have the most important job,’ ” Mayor Derek Reeve said. “You are the most important volunteer organization generally in the city from year to year, but particularly this year in 2022, after all the years of the pandemic and all the fun we didn’t get to have.”

“It was definitely a challenge, but there was no way that we were going to cancel—not after two years of being shut down,” said Taylor, underscoring how this year’s event did not have horses for the first time ever in the event’s history due to an equine virus outbreak.

The Fiesta Association, in turn, presented Reeve with a ceremonial belt buckle as a thanks to the city for its support as well.