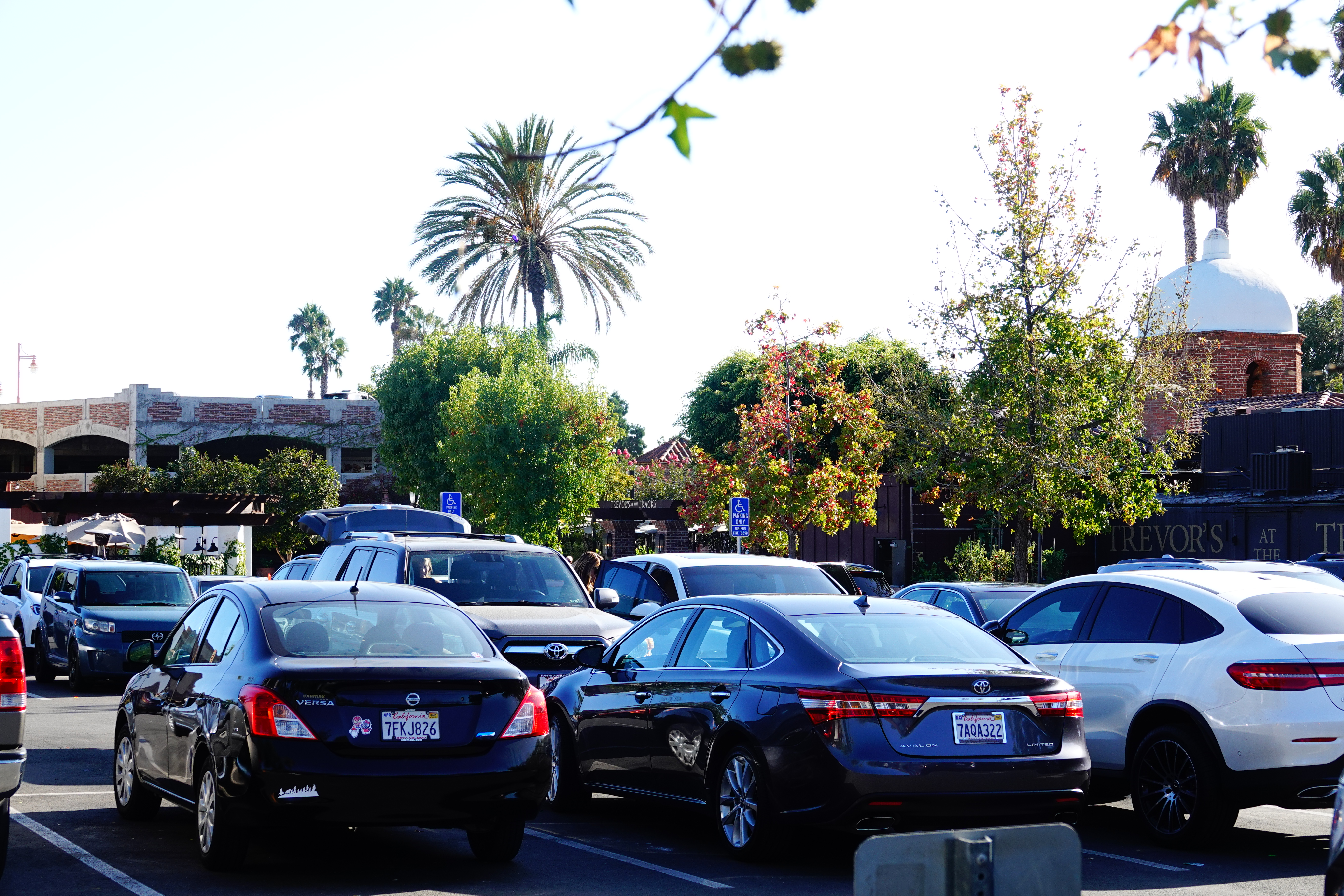 As many as 75 new parking spaces could be coming to downtown San Juan Capistrano in 2020 as part of an effort to ease a parking crunch.

The spaces, along Ramos Street in the Los Rios District, would come on top of 23 new parking spaces that the city added this summer near the I-5 Freeway as part of a downtown parking management experiment.

At the city council’s Oct. 1 meeting, councilmembers received a report that said the experiment generally made it easier for downtown visitors to find a place to park.

The city ran the experiment from June 7 through Sept. 2, requiring pay parking throughout the 355-space Franciscan Plaza parking structure that until then had included 245 free parking spaces.

The city also hired a valet company to park cars on summer weekends, charging $9, placing most cars in a designated lot that the city provided at Del Obispo and Ortega Highway.

The goal of all this was to ease a chronic parking shortage that city officials and business owners were concerned was discouraging some tourists and locals from visiting downtown.

In a 4-0 vote, councilmembers endorsed a continuation of the valet parking and pay parking next summer, with some modifications—plus validated parking to support people patronizing downtown businesses. Details will be refined next spring, with public input, before the council takes action.

Councilmember John Taylor did not participate in the Oct. 1 deliberations or the vote because he lives in the affected area.

Much of the discussion focused on the parking structure, where spaces 109 to 355 had been available all day, for free, up until the pilot program. The city started charging $2 per hour for those spaces, with a three-hour limit. On Sept. 3, with summer over, those spaces went back to free parking.

Recommended changes for those spaces next summer include a flat $2 all-day fee for people who park there before 10 a.m., or $2 per hour with a four-hour limit if parked thereafter.

Tom Toman, assistant public works director, said it became clear that the city needs a place for downtown employees to park outside the core area, to help free up core parking for visitors. Expanding the Ramos Street lot could accommodate more than 100 vehicles, the report said. It may also require security lighting and an evening security guard.

Mayor Pro Tem Troy Bourne said for strategies to work it will be important to enforce parking violations in the core area. Summer parking surveys revealed that cars parked illegally after 4 p.m. when senior-citizen volunteers were no longer on duty to ticket violators.

“Relying on volunteers that really work during the daytime when most of our parking challenges occur in the late afternoons and evenings is a challenge,” City Manager Ben Siegel told the council. “We have limited community services officers. Those are the non-sworn civilian police staff that would enforce these types of parking violations. We might want to look at adjusting some of their hours or potentially bringing on an additional officer that could be funded by parking revenue.”

Kerry Ferguson, a former mayor, pointed out that the Ramos Street property is designated as a future park site. She asked the council to scale back the parking proposal.

“That is taking up every inch of space,” she said. “You might put in some grass for the kids from the Villas and from other parts of Los Rios to have a place to just play with a ball.”

Siegel said it wouldn’t be a permanent parking lot, just an expansion of what’s there now, with striping.

Local residents and business owners told the city council they support the city’s efforts. They said they look forward to parking validations, a safe exterior lot for employees and greater use of San Juan’s summer trolley.

Sixty percent said they visited to dine at downtown restaurants.

Seventy-two percent of users said finding a space was “very easy,” another 24% saying it was “easy.”

“This did work. It wasn’t the fix-all, but it definitely helped.”—Rob Quest

“With over 250 employees downtown, keeping the structure for customers is key.”—Barbara Mobrici

“Regency would support a validation system … that would allow moviegoers to park at no charge.”—Lyndon Golin

“Validation is absolutely necessary. I don’t go to Laguna Beach because it’s hard to park, and you pay no matter where you go. You’re going to pay through the ear to eat, so another $5-10 for parking really deters customers.”—Sal Scarantino

“I would appreciate consideration be given to requiring any venue with 50+ guests at a single event (weddings) to hire a valet service and contract for outside parking (such as CUSD lots). It is these events that cause the majority of the parking issues.”—Steve Getty

“The buzz in San Juan is great—we love it. We are concerned about … how we’re going to handle more and more business coming in.”—Mike Phillips

The valet parking service, offered during designated hours on summer Fridays, Saturdays and Sundays, took care of about 150 vehicles per weekend.

On the busiest weekend, the valets parked 234 cars.

The designated lot, which could accommodate 35 cars with careful placement, was free to the public Mondays through Thursdays.

With summer over, the valet lot now is public seven days a week.