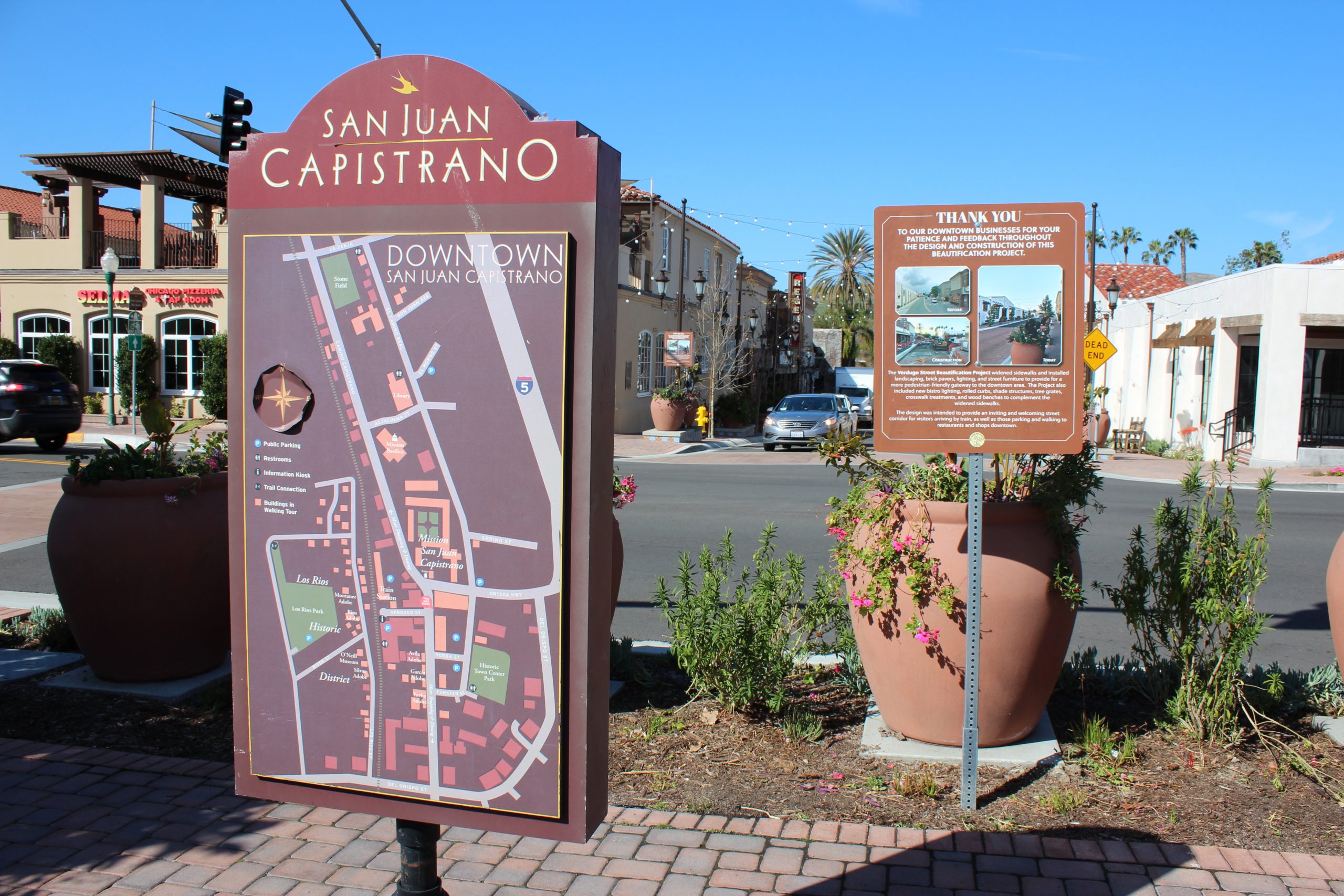 As COVID-19 pandemic conditions improve and optimism rises about venturing back outside, officials and staff with the City of San Juan Capistrano expect more people to return to the downtown area—and, thus, are accommodating more parking in the area.

The city council approved a resolution initiating an expansion of the parking lot at Paseo Adelanto and Ramos Street—specifically, at the southeast corner and north of Los Rios Park—and initiating funds for such during a meeting on Tuesday, March 16. The area would be improved to accommodate an additional 50 to 60 parking spaces.

“This is really a recommendation to expand an existing parking lot, to address what we know is a need in the community with expanding and new businesses,” City Manager Ben Siegel said.

As reopenings are expected to continue in California, the city is preparing for a busy summer season. The downtown and Los Rios area already has frequent activity and has been a longtime popular spot for locals and visitors, particularly people hopping off the Amtrak train.

“We hear quite a bit from the community regarding the general need for additional parking spaces, especially in the downtown area,” Public Works Director Tom Toman said. “(The parking expansion) also complements other efforts the city has undertaken to encourage employee use of peripheral parking lots, thereby creating more availability in the primary downtown parking areas.”

The city is appropriating $319,000 in funds for the project. The council voted, 4-0-1, to approve staff recommendation for the expansion. Mayor Pro Tem Derek Reeve and Councilmembers Howard Hart, Troy Bourne, and Sergio Farias voted yes. Mayor John Taylor recused himself since he lives in the Los Rios area.

In other news from the meeting, the council also approved appointments to various city commissions and committees. Stan Braden, Darren Fancher, Matt Gaffney, Tami Wilhelm, and Harrison Taylor will serve on the city’s Planning Commission.

The choice for Gaffney went against a recommendation for applicant Nate Franklin, made by a subcommittee comprised of John Taylor and Bourne. The council voted, 3-2, if favor of naming Braden, Fancher, Gaffney, and Wilhelm to the Planning Commission. Reeve, Hart, and Farias voted yes. John Taylor and Bourne voted no.

A debate arose on the council over naming Gaffney, a longtime San Juan resident, to the Planning Commission, which Reeve called the “most important commission.” The Planning Commission reviews development proposals and other land-use issues, and makes recommendations of action to the city council.

“He can be a handful, but he’s our handful,” Reeve said of Gaffney. “He has that institutional background, and he has that predictability. I know what I get with Matt. The residents know what they get with Matt. He’s always served as an outstanding commissioner.”

Hart said the Planning Commission choices were an “embarrassment of riches,” and he would have chosen everyone on the applicant list if he could.

Bourne said new residents can provide fresh perspectives and that all of the applicants were not equally qualified.

“I’m disappointed, because both of you guys have acknowledged you haven’t interviewed the candidate that we recommended, so you’re operating with partial information,” Bourne said in reference to Reeve and Hart. “I respect the vote, but we appoint a subcommittee so that those interviews can be conducted and the detailed qualifications can be analyzed.”

Anna Dickinson, Joanne Marquez, Lorie Porter, Ann Ronan, and Jan Siegel were appointed to the Cultural Heritage Commission. Marquez is a new appointee but has served on other city advisory boards.

Appointments to the Design Review Committee were tabled until the April 6 council meeting. Reeve floated the possibility of an additional planning commissioner also serving on the DRC. The Planning Commission already appoints one member as a liaison/alternate.

The council also approved dissolving the city’s Utility Commission, Housing Advisory Committee, and Youth Advisory Board. The Youth Advisory Board will still meet under the supervision of city staff, but will no longer be under Brown Act regulations. The duties of the Housing Advisory Committee—which received only one application, from Marquez—will be shifted to the Planning Commission.

No applications were received for the Utilities Commission, and staff recommended dissolving that commission due to the proposed annexation of the city’s water and sewer system into the Santa Margarita Water District.