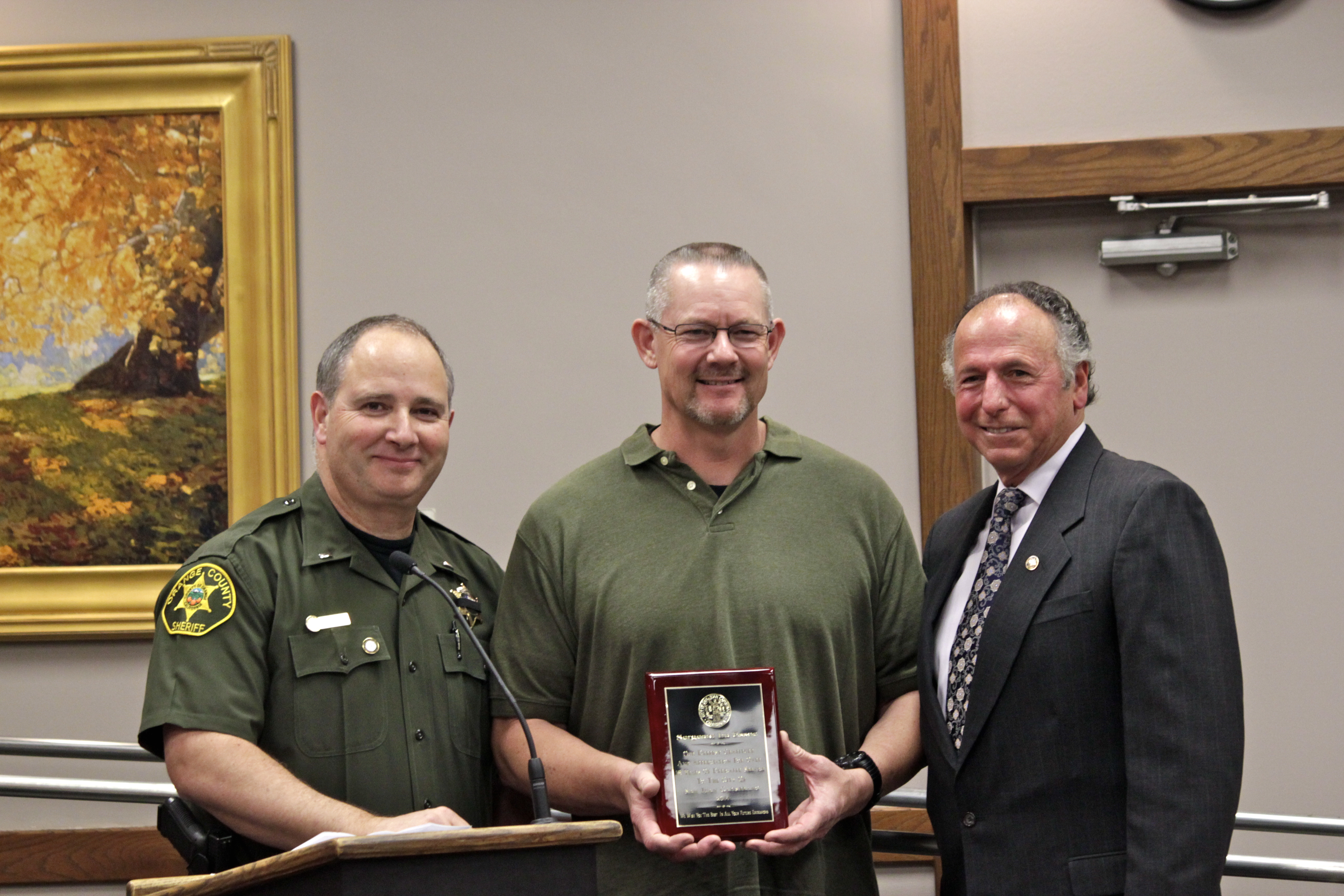 The San Juan Capistrano City Council last Tuesday recognized three of the Orange County Sheriff’s Department’s finest for their service to the community.

Sgt. Ira Essoe, a 28-year veteran, announced his retirement earlier this year. Essoe worked in San Juan Capistrano for 18 years, beginning as a deputy in 1992. After being promoted to the county jail and later serving two deployments with the Air Force, he came back to San Juan as an investigator, from 2002 to 2005. He later returned as a sergeant in San Juan in 2009.

“His service was remarkable,” said Lt. John Meyer, chief of police services. “He was a great, tremendous asset to me with his knowledge to the city. His knowledge is going to be missed here.”

Meyer said Essoe will continue to be involved with the department’s mounted enforcement unit.

“It’s been a great honor to serve the city and the sheriff’s department,” Essoe said. “The streets and the trails and the people here are all part of my second home.”

Meyer said Sanchez is “the best I’ve ever seen in all aspects of the job.”

“Carlos is quite unique,” Meyer said. “Carlos excels in his ability to interact with the youth, to get them on the right track, to make the right decisions, to be a mentor, to be that positive example that they need at a critical time of their lives.”

Allevato, a 33-year law enforcement veteran who retired as a lieutenant in the Irvine Police Department, noted the importance of school resource officers like Sanchez.

“I understand your challenges, your opportunities and how you interface with the community and our kids and how vital your function is,” Allevato said. “You do more than just catch the kids that maybe have committed a crime. You prevent a lot of crimes just being the eyes and ears on campus … I know you add a lot to the community that way.”

The city also honored Deputy Bill Simandl, who was recognized for the fourth straight year by the Orange County chapter of Mothers Against Drunk Driving for his efforts to stop suspected drunk drivers.

Since coming to the city in 2011, Simandl has arrested 120 people suspected of driving under the influence, according to Meyer.

“I don’t do this for awards,” Simandl said. “Everyone has had their touch with DUI’s. It’s touched me personally, having friends who were victims of drunk drivers … Don’t drive and drive.”