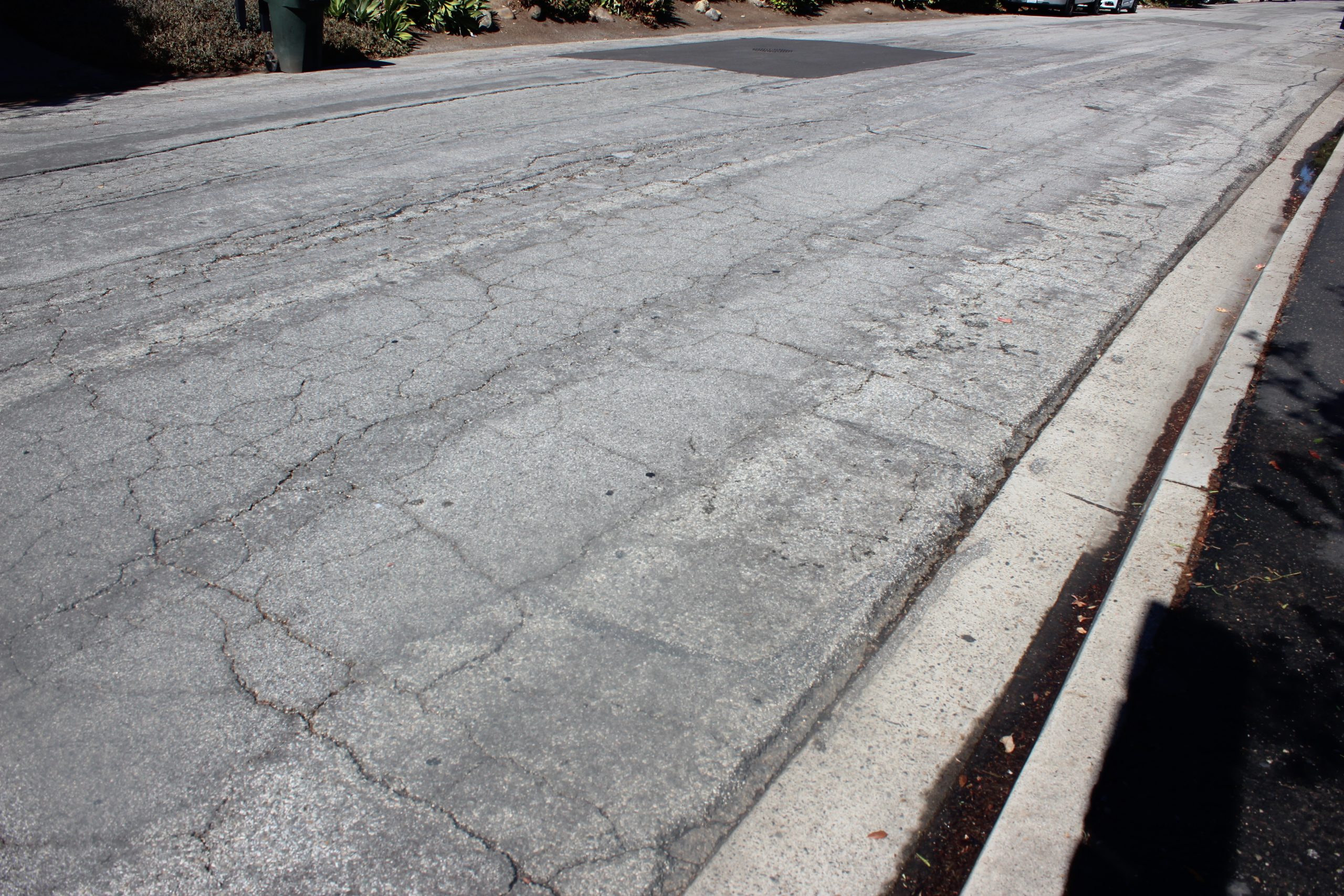 The City of San Juan Capistrano has set a goal of getting a score of 75 or higher for its Pavement Condition Index—considered a marker of street quality—now that it has enough funds to do so, courtesy of the American Rescue Plan Act.

The ARPA was signed into law by President Joe Biden in March, and it is intended to help areas bounce back from the COVID-19 pandemic. The city is using those funds and other fiscal sources—including general reserve funds—to address local street maintenance, an issue residents and councilmembers have previously spoken about due to the acknowledged poor quality of such.

Hart added an amendment to the council’s motion to approve staff recommendation for staff to look at various alternatives for funding sources, so the rating can stay at 75 or higher. Current funding for city street programs comes through a combination of OCTA Measure M2 funds, gas-tax receipts, and State SB1 funding allocations, according to a staff review of the item.

A majority of the ARPA allocation—$7 million—is going toward streets, with another $5.3 million from city funds being added in for maintenance needs.

“I think the main thing I want the council to take away from this is how expensive these projects are,” Toman said.

Allowing city streets to deteriorate to the extent that they have for the past decade is irresponsible, Bourne said in response to Reeve’s concerns over spending.

“This is the blocking and tackling of government,” Hart said, using a football metaphor. “If we can’t do this, we’re not doing our job. While my heart is with Councilmember Reeve and so much of what he said, I would put this before just about anything else we’re doing as a city government. This is the very heart of what we should be doing as a council.”

Other local uses of ARPA funding will go toward the city’s supportive housing and city hall project—in which Jamboree Housing Corporation has an exclusive negotiation agreement with the city to potentially provide affordable housing with up to 50 units and integrated with new city hall administrative offices at the current city hall location—and ongoing pandemic responses, which include cleaning and disinfecting services.

The housing and city hall project is being allotted $1.5 million, and includes an anticipated relocation of the council chambers to the San Juan Capistrano Community Center due to square-footage limitations. A total of $100,000 is being allotted for the ongoing pandemic responses.

In other news from the city council meeting, Siegel addressed e-bikes after residents spoke about safety concerns with such, following the death of resident Jennifer Macy on Sept. 25 after she crashed her e-bike on San Juan Creek Trail while riding with her two children. The road and adjacent area are owned and operated by the County of Orange, and a representative for Macy’s family has reportedly been put in contact with county staff and Fifth District Supervisor Lisa Bartlett’s office.

“The city is in the process of fabricating and installing some advisory signage along our trails and that will include bike rules, no-passing zones, yield to pedestrians, etc.,” Siegel said. “The community’s going to start seeing those along certain trails, and that was already in process, along with some other educational materials that we plan to share with schools and bike shops.”

The city is also working with an established bike safety group and expects to announce information about free training classes in the next few weeks once specific dates are known, Siegel said.