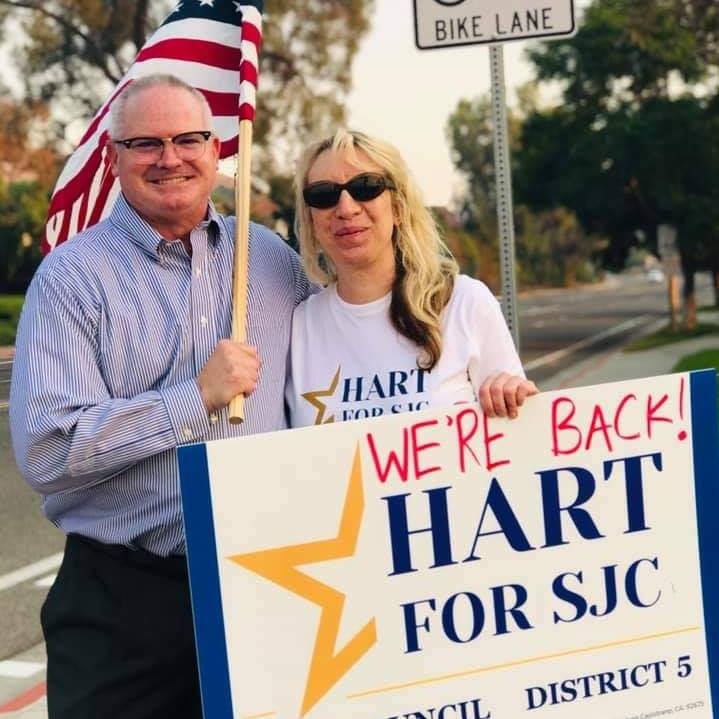 After a contentious election in which the question was initially raised if he would even be able to take office, Howard Hart officially became the new District 5 councilmember during the city council’s Dec. 7 meeting.

Hart won the District 5 election against rival candidate John Alpay, who had alleged Hart violated the Hatch Act in running for the seat and subsequently called for Hart to step down. Hart eventually returned to the campaign trail after Alpay lost endorsements from the Libertarian Party that were a key part of the allegation, and Hart subsequently picked up a majority of votes from residents.

Hart directly mentioned Alpay as he took his seat on the dais.

“I would like to acknowledge my opponent, Mr. John Alpay, and I wish John the best in his future endeavors,” Hart said.

Hart thanked his team and family for their support. Hart comes to the council directly from a position on the city’s planning commission, to which he was appointed in 2019.

Hart was endorsed by other councilmembers, whom he thanked, including outgoing Councilmember Brian Maryott. Hart is replacing Maryott—who mounted an unsuccessful bid for Congress in the 49th District—on the District 5 seat.

“Every time I ever reached out and asked for support in anything I got—the advice that I got from you, the support I got from you, was tremendous,” Hart said. “Brian, I know with you running for congressional office at the same time I was running here, I asked more of you than I had hoped to have to do. Sometimes without me even asking, you were there offering support. That says an awful lot about your character.”

Hart is a retired Navy captain who grew up in Dana Point and has been active with the Rotary Club of San Juan Capistrano. As a member of the planning commission, Hart processed plans for preserving the city’s Northwest Open Space and renovating Verdugo Street.

Along with Hart officially becoming a new Councilmember, District 1 incumbent Sergio Farias was also sworn in again during the Dec. 7 meeting after running unopposed. Farias thanked his family for their support, said there is a lot of work that remains to be done, and recognized fellow councilmembers on their efforts for the town.

“I’m thankful to the city of San Juan Capistrano and its residents for their support in allowing me another four years,” Farias said. “It was something that I thought about much more than, I think, the first time around. Having gone through public service for the last four years, I knew what I was getting into this time.”