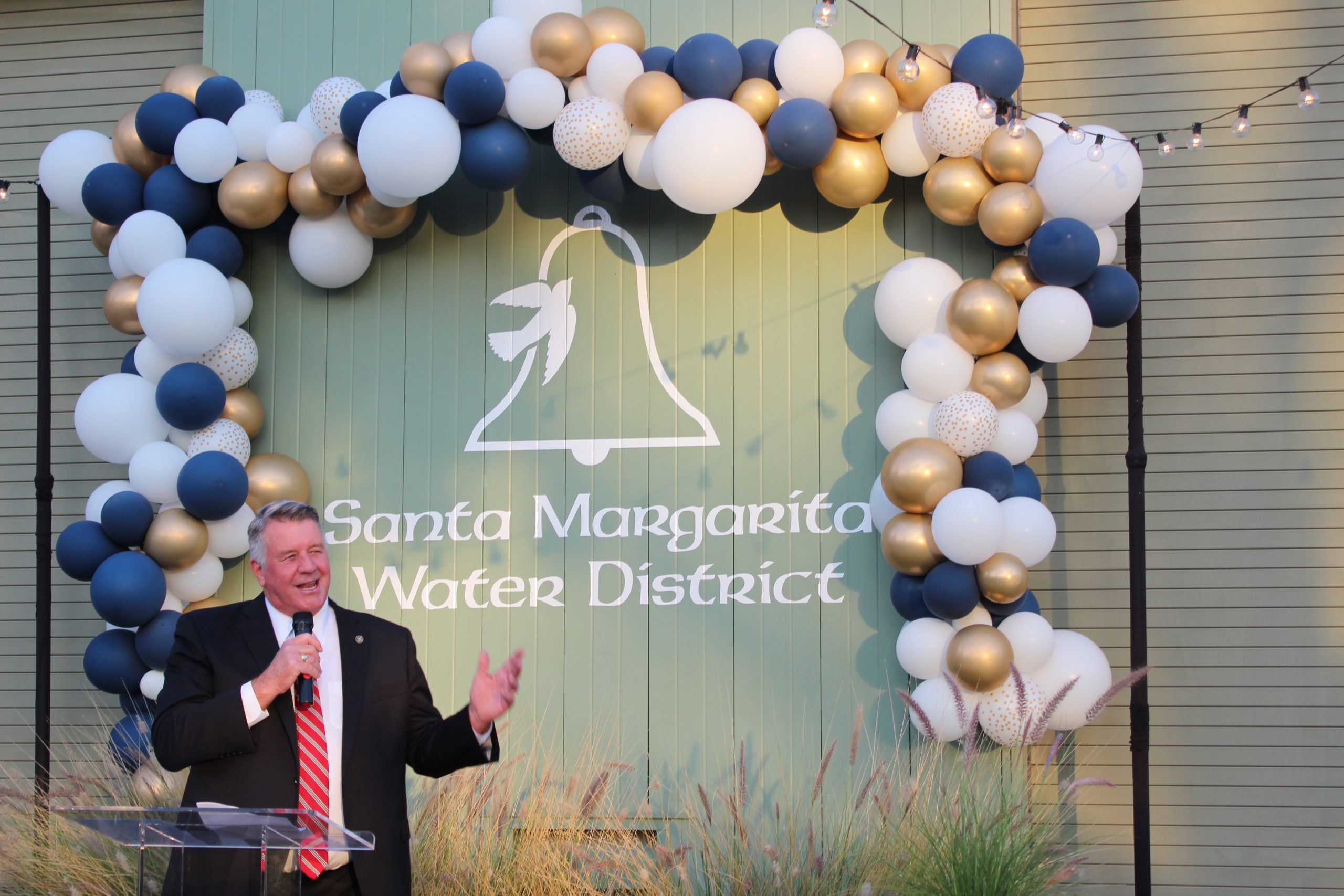 The City of San Juan Capistrano is officially out the water business—a milestone recognized with a celebration at city hall on Monday, Nov. 15.

The city’s water utilities have now been annexed into Santa Margarita Water District, a process in the works since 2015. The city council and SMWD have separately approved the agreement, which was additionally given the thumbs up by the Orange County Local Agency Formation Commission in August—one of the last steps towards solidifying the annexation.

Mayor John Taylor thanked representatives from the city, SMWD, and LAFCO for their guidance, expertise, and support involved with the transfer.

“When the city council began to contemplate the idea of transferring the city’s water utility to another agency many years ago, the goal was simple—ensure the stability and reliability of essential water service to all our customers in the community,” Taylor said. “In selecting Santa Margarita Water District, we have certainly met and exceeded this goal. Management of utilities by a specialized water agency will undoubtedly enhance efficiencies and economies of scale for the city’s customers, and in turn moderate rate increases in the future.”

Reasons previously cited by city officials for San Juan no longer being a water provider include the city not having enough capability to adequately do so and expected higher rate increases than under SMWD. SMWD has committed to $25 million in system improvement and optimization investments at the city hall groundwater recovery plant, Taylor said.

For the first transition year in Fiscal Year 2021-22, expenditures are expected to exceed revenues by $6.3 million, though that shortfall will be covered by reserve funds. Revenues and expenditures are then expected to stabilize in coming years, and revenues will be allocated for reserve funds, according to discussions held during the LAFCO meeting.

Water utility rates are expected to increase over the next 10 years. The idea to transfer San Juan’s water system originated with city officials.

Specific ongoing SMWD projects include upgrades to remote facility monitoring, implementing a water-use efficiency program, and expanding recycled water use within the city.

“We’d like to optimize (the groundwater recovery plant at city hall), and it’s not that this facility hasn’t been run well,” SMWD Deputy General Manager Don Bunts said. “By bringing additional resources to bear, we hope to help double the capacity of this plant of what it’s running right now—which will help reduce the cost per acre foot and ultimately benefit all the citizens of the city, as well as existing customers for Santa Margarita Water District.”

Davies said the transfer will enable San Juan to focus on important city issues like public safety and infrastructure.

“Now you’re going to have a little weight off your shoulder as well, so you’ve got a little bit more time on your hands,” Davies said. “You couldn’t ask for a better water district to be managing and representing you.”