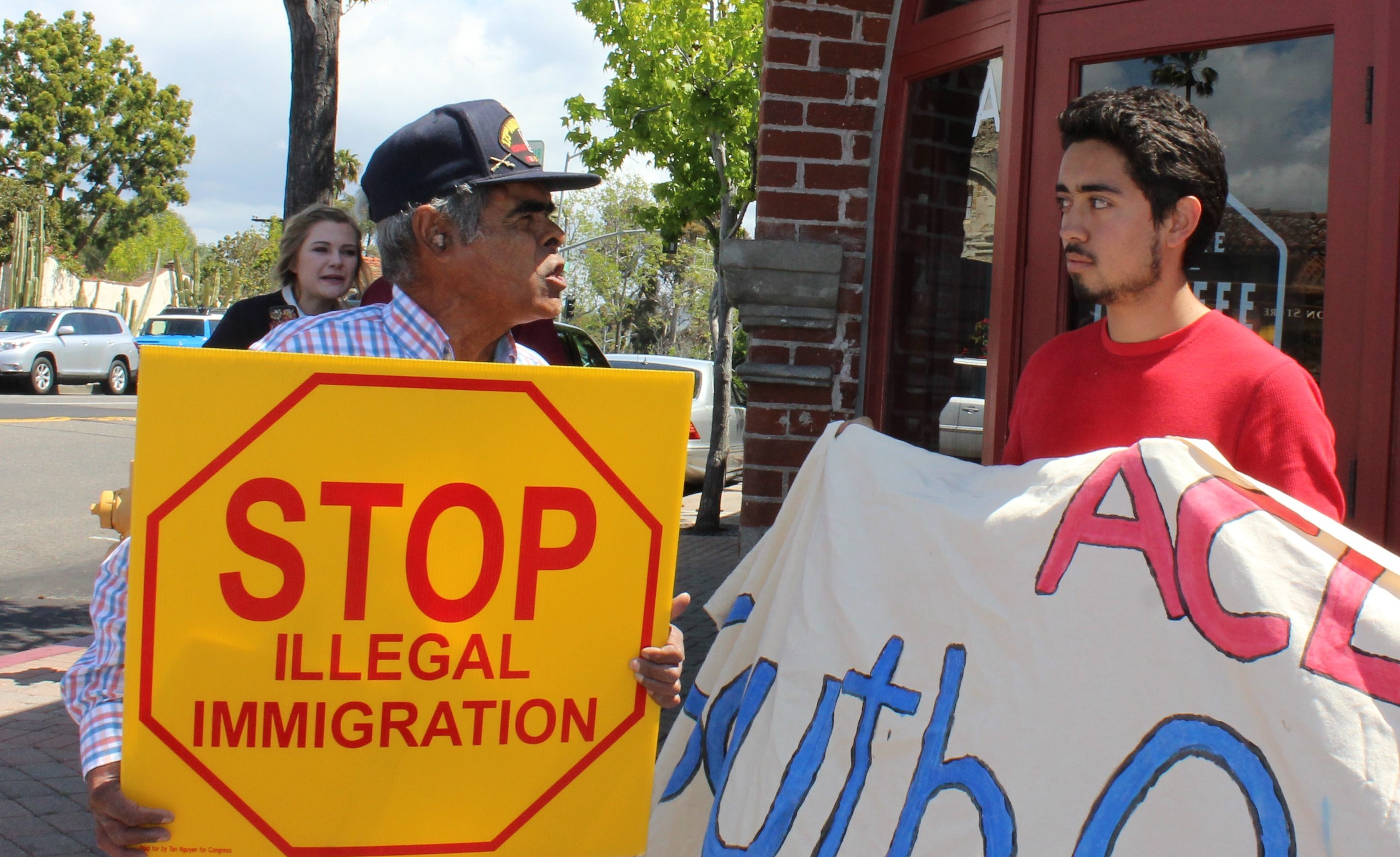 Maria Torres came to South Orange County in 1995. The only thing she has back in Morelos, Mexico, is bad memories. She was repeatedly beaten by her husband, and she was encouraged by a teacher whose house she cleaned to escape to the U.S. When she left Mexico, she also left her three daughters with her ex-husband’s parents, assuming with all the stories she’d heard about wealth in America that she could come back in a year to take them. But it was almost five years before she was able to return, and in her absence, the girls were subject to physical and emotional abuse. The money she sent back was stolen by her ex-husband’s parents. They poisoned Maria’s kids against her, saying she abandoned them.

Though they’ve all been in the U.S. since 2000, the scars linger. Her youngest daughter doesn’t speak to her, and her eldest considers their relationship “love-hate.”

“It crosses my mind. I do think about it,” Torres says of deportation. Though she’s worked and paid taxes for two decades, she does not have citizenship. “But that’s why I’ve made up my mind that if I get deported, I’m not even going to try to come back.”

Torres’ eldest daughter, Adriana, says her mother won’t return because she’s older but also because she has done all she could do of her original goal of giving her three daughters a better life.

“She didn’t meet her goal 100 percent like she had envisioned,” Adriana said, “but in a way my sisters and I are in a much, much better spot than we were, so I guess she sort of has seen that we’ve grown and we’re doing things for ourselves. … If she ever gets deported, she’ll settle down in Mexico and try to make it over there.”

Adriana worries for her mother, but also for herself. She is eligible to live in this country via the Deferred Action for Childhood Arrivals (DACA), which allows children brought to the U.S. as minors to receive two-year citizenship grants. Immigration experts, like Susan Hill, a partner at Hill & Piibe, an immigration law firm in San Juan Capistrano, say President Donald Trump may let DACA expire, which would imperil the legal status of millions.

Adriana chokes over words when thinking about what her deportation would mean for her 7-year-old son, who is the same age she was when her mother left her in Mexico.

But the Torres’ are just two of thousands of other immigrants in South Orange County who are fearful of deportation and unaware of which immigrants are current priorities. In response, Hill, lawyers and citizens’ groups are working to help those in the Latino community get their paperwork in order.

Esperanza Perez, legal assistant at Hill & Piibe, said their firm has received double the amount of calls per week from worried members of the Latino community since Trump took office in January. That’s a result of Trump’s order to broaden who is considered a priority for deportation, but Hill says there has been a dearth of guidance on how to implement his orders, which contributes to fear in the community.

The calls include everything from people saying they’re worried about their neighbor or family member to people not wanting to go home because of a rumored presence of law enforcement.

“We engage proactively because there’s such a sense of fear in the community—even with people who are here lawfully,” Hill said in an email. “The more prepared our clients can be about their Constitutional rights, the lower the risk that something will occur where they will need extraordinary intervention from our end.”

Hill offers resources on her firm’s website indicating what an immigrant, legal or illegal, should do if they are confronted by U.S. Immigration and Customs Enforcement (ICE) officers or other law enforcement members.

The Diocese of Orange is also distributing “Know Your Rights” literature to members of their parishes in South Orange County. And the ACLU and several citizens’ groups are working to host events or else distribute literature door-to-door about how to interact with law enforcement.

Lori Haley, ICE Public Affairs Officer in Laguna Niguel, said the agency does not keep data on a town-by-town basis, so confirming any increase in rumored sweeps, raids or removals is difficult. The agency tracks in broad regional areas (South Orange County, for instance, is lumped in with Los Angeles) and time frames. Haley also notes that if people see ICE officials in public, it is likely because they are carrying out a targeted arrest with a warrant.

But the fear—born out of past experiences and lack of certainty about local, state and federal enforcement directives—is crippling in its own right.

San Juan Capistrano City Councilman Sergio Farias, who was elected in a heavily Latino district, said “there’s a lot of uncertainty and anxiety” in the Latino community, and that he’s “noticed not as many people walking around.”

Farias said he is worried about reports that those in Latino communities throughout the country are failing to report crimes or call police in emergencies for fear of being deported. Although he doesn’t foresee the city taking an official stance on immigration, Farias said he could envision a public education outreach program to motivate people to call police when necessary and to alleviate concerns.

El Campeon owner Sergio Gonzales said he’s seen “maybe” a slow-down of customers, but he’s definitely noticed a lack of people willing to work at the restaurant. That, however, has been the case for at least five years, since Obama-era increases in immigration enforcement began.

Maria Torres, now in San Clemente, said she will only drive to work, to get groceries and to go home. She said she regularly checks in with friends via social media to alert others about potential checkpoints or raids.

Haley said ICE does not conduct raids or checkpoints.

It’s only after a little prodding that Maria and Adriana Torres open up about what’s been salvaged in their relationship. They know they have each other’s backs, and when Adriana’s son was born, Maria visited every single day.

Now married and with no dependent children, the money Maria used to spend on rent, school, clothes and food—and the time she used to spend at two jobs making that money—has returned to her.

“I’m lucky because I have had (the same) phone number for 6 or 7 years, but before then I had a different number every year because I couldn’t pay the bills,” Maria said. “Now I can go out. Every year, I go to Las Vegas for my birthday.”

Adriana is quick to say that her mother is just being bashful and has a lot of friends, too. Maria, who is still resigned to staying in Mexico if she is deported, has simplified her outlook to deal with the stress.

“People say I’m a really hard worker,” she said. “Maybe not a really good mother, but I tried to be a good mom. I’m here, and I like to work hard, and I try to help people when I can.”

For more information on deportation enforcement and to access Know Your Rights literature, visit www.hillandpiibe.com, www.rcbo.org/resource/immigration or the Immigrant Rights Clinic at www.law.uci.edu.