Mechelle Lawrence Adams, executive director of Mission San Juan Capistrano, is a current City Council candidate for District 5. My concern is that if elected, she will have a conflict of interest and not be able to vote on many important City Council matters that impact the downtown and/or the Mission.

Word on the street is that if something benefits a council member’s employer but not the council member personally, then there is no conflict. Looking at the text of the California Fair Political Practices Commission, I reach a different conclusion for someone in an executive position at a business. Here is text from that website:

“Under the Act, a public official has a disqualifying conflict of interest in a governmental decision if it is foreseeable that the decision will have a financial impact on his or her personal finances or other financial interests. In such cases, there is a risk of biased decision-making that could sacrifice the public’s interest in favor of the official’s private financial interests. To avoid actual bias or the appearance of possible improprieties, the public official is prohibited from participating in the decision.”

There are five types of interests that may result in disqualification, including:

“Income. An individual or an entity from whom the official has received income or promised income aggregating to $500 or more in the previous 12 months…”

The Mission is an entity that presumably has paid Lawrence Adams more than $500 in 2016, and is presumably offering her a 2017 salary of more than $500. I think there would be a conflict if she were to vote on policy, zoning, downtown San Juan improvements, parking or anything else from which the Mission might either gain or lose revenue.

Lawrence Adams’ potential conflict of interest would be further aggravated if she receives incentive compensation from the Mission, such as any bonus, goal-meeting-incentive, merit increase or annual raise in pay influenced by the Mission’s financial success or lack thereof. City-funded infrastructure projects, number of visitors per year, gate revenue, membership numbers, gift shop income and dollars received in any way, all contribute to the Mission’s success and could create conflicting scenarios.

Even if there is not a formal performance bonus or incentive-pay contract in place, it stands to reason that, as the executive director, Lawrence Adams’ future income will be influenced by the success of the Mission. Some would say that what’s good for the Mission is good for the city. That is a tricky, maybe even dangerous assumption. 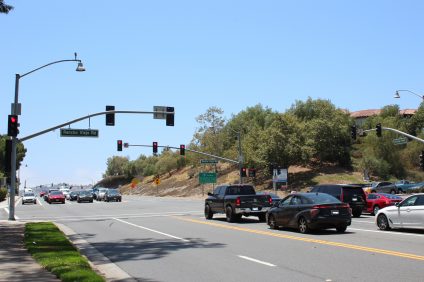