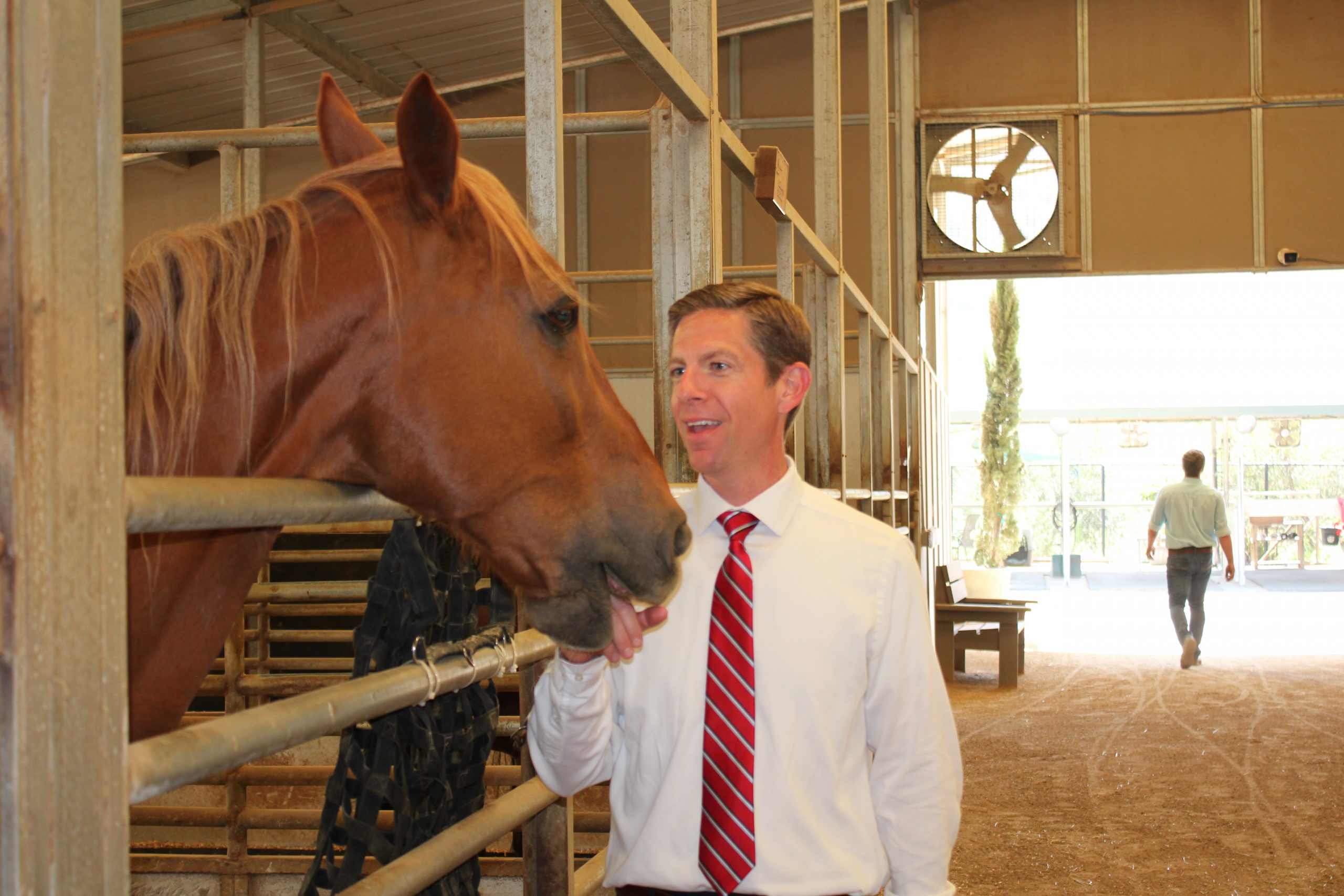 For the first time ever, a sitting member of Congress toured the grounds of the J.F. Shea Therapeutic Riding Center in San Juan Capistrano.

Rep. Mike Levin (D-San Juan Capistrano)—who represents the 49th District, which includes San Juan—heard from Shea Center staff members about their equestrian therapeutic programs, checked out the horses on site, and gave a proclamation of recognition to Shea Center veterinarian volunteer Richard Markell for his 20 years of service on Wednesday, May 4.

Levin was accompanied by staff members from his office.

“At the end of the day, what’s in the building is typical occupational speech therapy rooms. There’s a family waiting area,” Shea Center Executive Director Dana Butler-Moburg said to Levin while explaining the Shea Center’s features during the visit. “There’s Wi-Fi on the whole property.”

Butler-Moburg explained that they use swings in the indoor therapy room for clients on the autism spectrum, and how most of their funding is supported through philanthropy.

“How many people do you have on the team?” Levin said.

Levin also met with a military veteran who has benefitted from Shea Center’s veteran therapy program. Veterans dealing with post-traumatic stress disorder and other issues are increasingly turning to horse riding and care to help manage their conditions.

“I think we can continue to expand eligibility for different forms of therapy for veterans,” Levin said. “I’d love to follow up and see what I can do to help.”

Levin also talked about current work being done in Congress to help fund helping veterans. Shea Center Communications Director Sarah Booth invited Levin and his team to tour the facility after she met them at an equestrian community meeting in San Juan Capistrano.

The Primary Election for the Congressional race will be held on June 7.