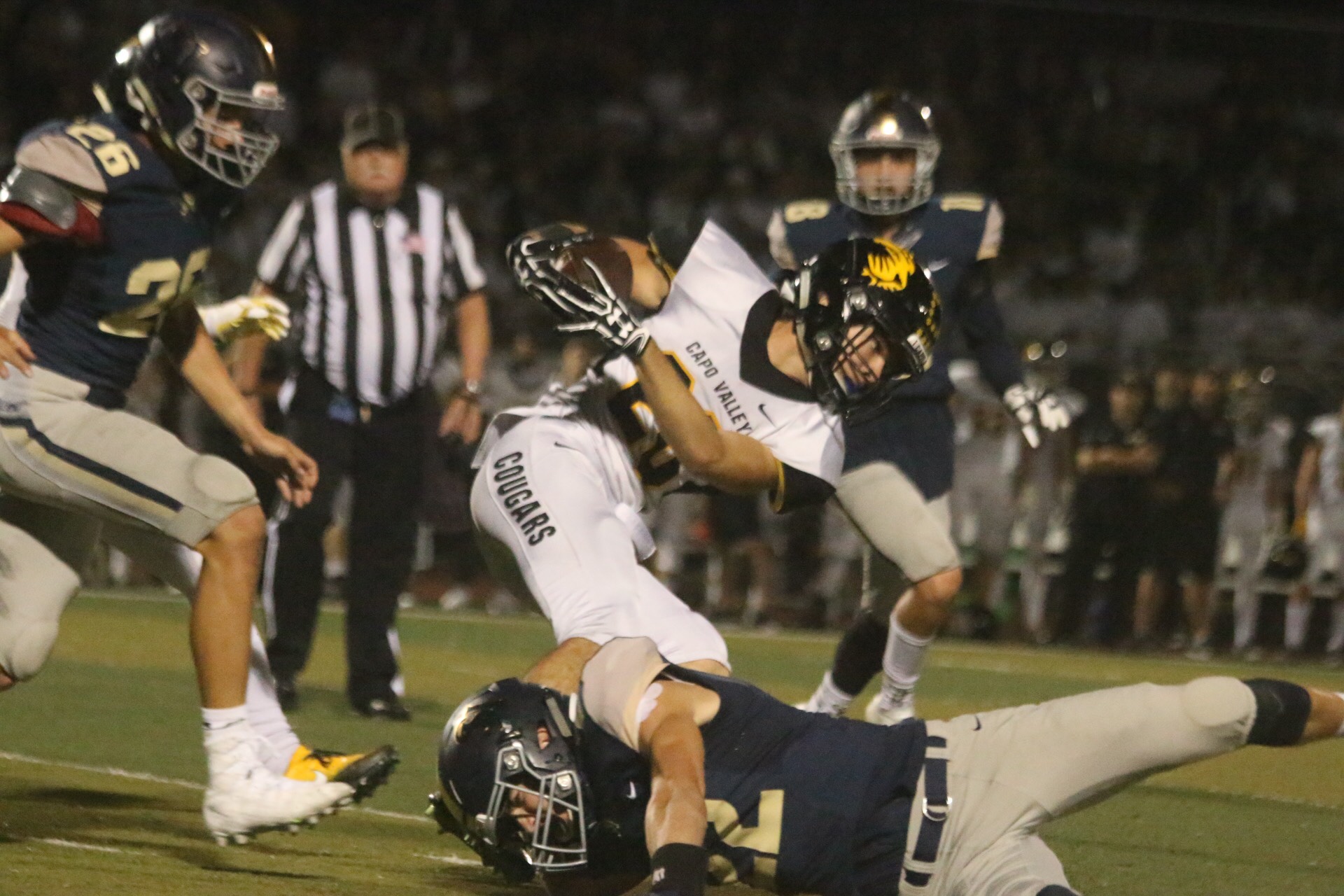 In a defensive slugfest, it was Capistrano Valley quarterback Nathan Manning and receiver Gianni Munoz that landed the decisive, winning combination.

The two teams were deadlocked at 7-7 with under five minutes to go in the fourth quarter when Manning lobbed a ball downfield for Munoz, who backtracked to make the catch, shook his defender and ran it in for a 55-yard game-winning touchdown.

Capistrano Valley prevailed 14-7 and improved to 3-0 on the season. The Stallions fell to 2-1.

Capo Valley found its groove on offense in the third quarter. A 36-yard pass from Manning to a diving Blake Morgan set up a five-yard touchdown pass to Michael Dyer that tied the game. Manning completed 11 of 24 passes for 198 yards, two touchdowns and an interception.

The second-half performance was more of a return to form for the Cougars’ offense, which was blanked in the first half of play.

Capo Valley pieced together just 26 yards of offense in the opening 24 minutes. San Juan Hills was able to muster up 60 yards.

Both defenses were eager to get after the opposing team’s quarterback.

Capo Valley’s edge rushers, Zach Ritner and Nolan Reeve hassled Jackson throughout the opening 24 minutes. Ritner had two tackles for a loss, forced a fumble and swatted a pass attempt away, while Ritner had a sack and a tackle in the backfield.

San Juan Hills linebacker Jaxon Glover was a one-man wrecking crew early, recording two sacks and a tackle for a loss in the first half, and Carson Lewis intercepted Manning just before halftime.

Junior Fransco Taoete provided the big play San Juan Hills needed in the first half when he blocked a Cougar punt attempt, which he chased down and recovered at the Capo Valley 12-yard line. Doug Jackson scored on the next play from scrimmage for a 7-0 lead.

But the San Juan Hills offense would not threaten the rest of the way.