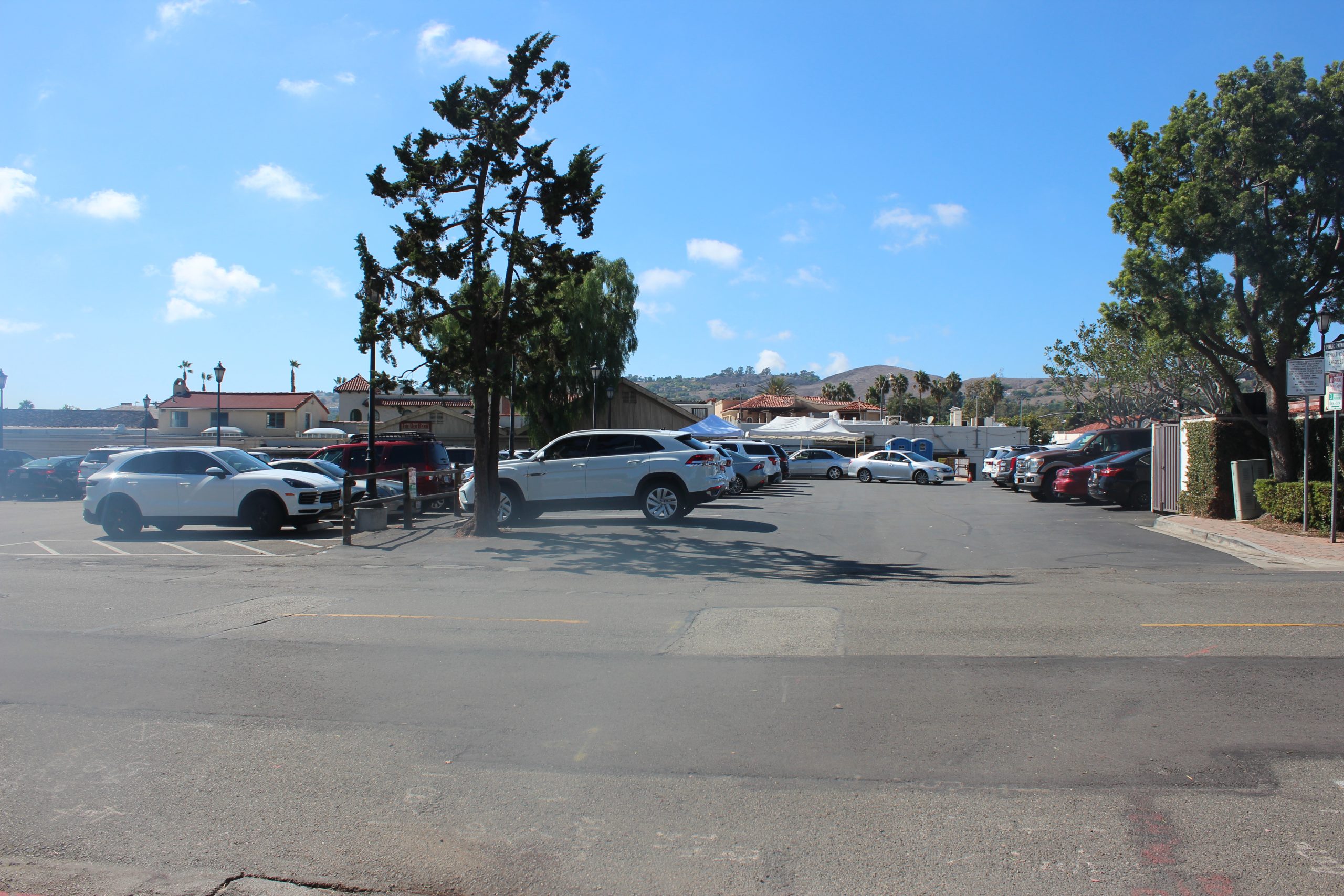 Paid parking for the lot—which includes 53 spaces and is privately owned by Rancho Mission Viejo—would be $2 an hour, with a four-hour limit every day from 9 a.m. to 2 a.m. Rancho Mission Viejo reached out to the city about facilitating paid parking after the city instituted a similar program at the San Juan Capistrano multi-modal lot—which is by Trevor’s at the Tracks and Rancho Capistrano Winery—and the nearby Franciscan Plaza parking structure.

Parking revenue would be split 50/50 between the city and Rancho Mission Viejo. The agreement will be instituted as soon as possible by the city manager’s office, and four new pay stations will be put up. The city is appropriating $60,000 to fund the new pay stations.

Space availability has improved in parts of downtown where paid parking has been instituted, Public Works Director Tom Toman said.

Paid parking will also be instituted in what is known as the Love-Mitchell parking lot, which is behind the Old Barn Antique Mall. The Love-Mitchell lot is owned by the city and has 58 spaces.

“I also want to highlight the fundamental point, which is paid parking or monetized parking really is about effectively managing your parking resources. The city has limited resources,” City Manager Ben Siegel said. “We’re a destination community. We have visitors coming, both from within the community and outside the community, to our downtown area with a scarce resource, which are those coveted parking spaces.”

Parking issues have also happened due to downtown business employees parking their cars in area lots during their shifts. The city has instituted measures and is undertaking other ways to provide parking for local employees, including a parking permit program that exempts permit holders from posted parking hour limits in certain lots.

Farias said downtown traffic congestion has caused him and his family to avoid the area sometimes, and available spaces are important if people want to enjoy downtown restaurants and entertainment.

“I think it’s worked out in the multi-modal lot and the parking structure, and I think this area as well,” Farias said. “There’s places we’d like to go visit there, but we avoid them. Why? Because there’s no convenient parking.”

“It’s not going to be $2,” Reeve, who also voted no in April on instituting paid parking in the multi-modal lot, said. “I’m not saying this council has any intention to go over $2 but it’s just too darn tempting for future politicians to get on the council, trying to figure out how do we pay for things like streets, and that’s going to go up.”

Councilmembers recommended city staff look into ways to provide residents parking permits, similar to the one for downtown employees.