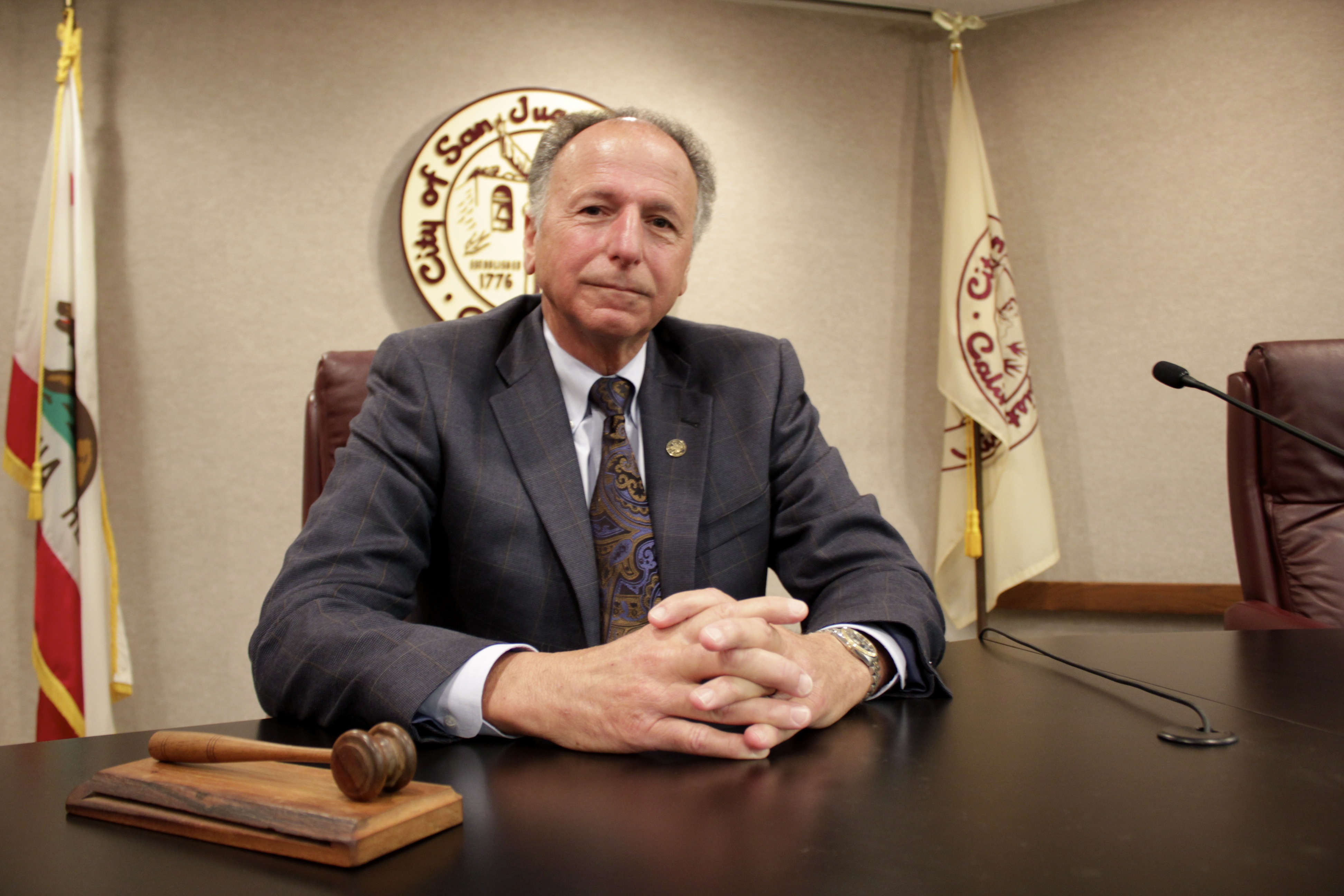 San Juan Capistrano Councilman Sam Allevato made an early exit from City Council chambers Tuesday night following a discussion about his removal from the outside agencies he served on, including the Transportation Corridor Agencies and the Orange County Fire Authority.

The last item on the council’s March 3 agenda was to appoint a representative to the San Onofre Nuclear Generating Station Decommissioning Community Engagement Panel and to consider filling the vacancies on outside agencies created by former council member Roy Byrnes’ retirement.

However, the discussion quickly shifted when newly-appointed Councilman John Perry asked if the council could discuss other positions as well. Perry requested that Allevato be removed from the Transportation Corridors Agency due to his “outspoken” support of the toll road, which Perry said conflicted with the viewpoint of the rest of the council.

Mayor Pro Tem Pam Patterson and Councilwoman Kerry Ferguson agreed with Perry, and in addition, Patterson recommended that Allevato be removed from all of his positions on outside agencies due to his “lack of decorum and professionalism.” Patterson and Ferguson said they felt Allevato’s emails to his supporters and an editorial he wrote were “personal attacks” against the other council members.

Allevato responded to the council members’ comments by defending the work he’s done while serving on the TCA, as well as boards like the Orange County Fire Authority.

“I’ve worked hard on this and I take this as a personal attack by you folks who have made those comments, because I have done a good job,” Allevato said. “You don’t get to be chair of the toll road agency by not being someone who is dedicated to seeing this project completed.”

Shortly after Mayor Derek Reeve suggested the council have a “valuable discussion” on whether they support the toll road, Allevato walked out of the council chambers.

“You know what, I’m done,” Allevato said before exiting. “You folks do what you want to do.”

Allevato told The Dispatch on Wednesday that the actions of his fellow council members Tuesday night were “spiteful” and “retaliatory,” adding that he has “some decisions to make” and hasn’t decided yet whether to resign following Tuesday’s events. Allevato made similar comments about resigning following the Nov. 4 election, saying at the time that he didn’t want to work in a “toxic” environment.

“I’m considering all of my options right now, and (resignation) is one of my options,” Allevato said. “I don’t want to work in a toxic environment. Time is your most precious resource, and how you want to spend your time is a big consideration for anybody.”