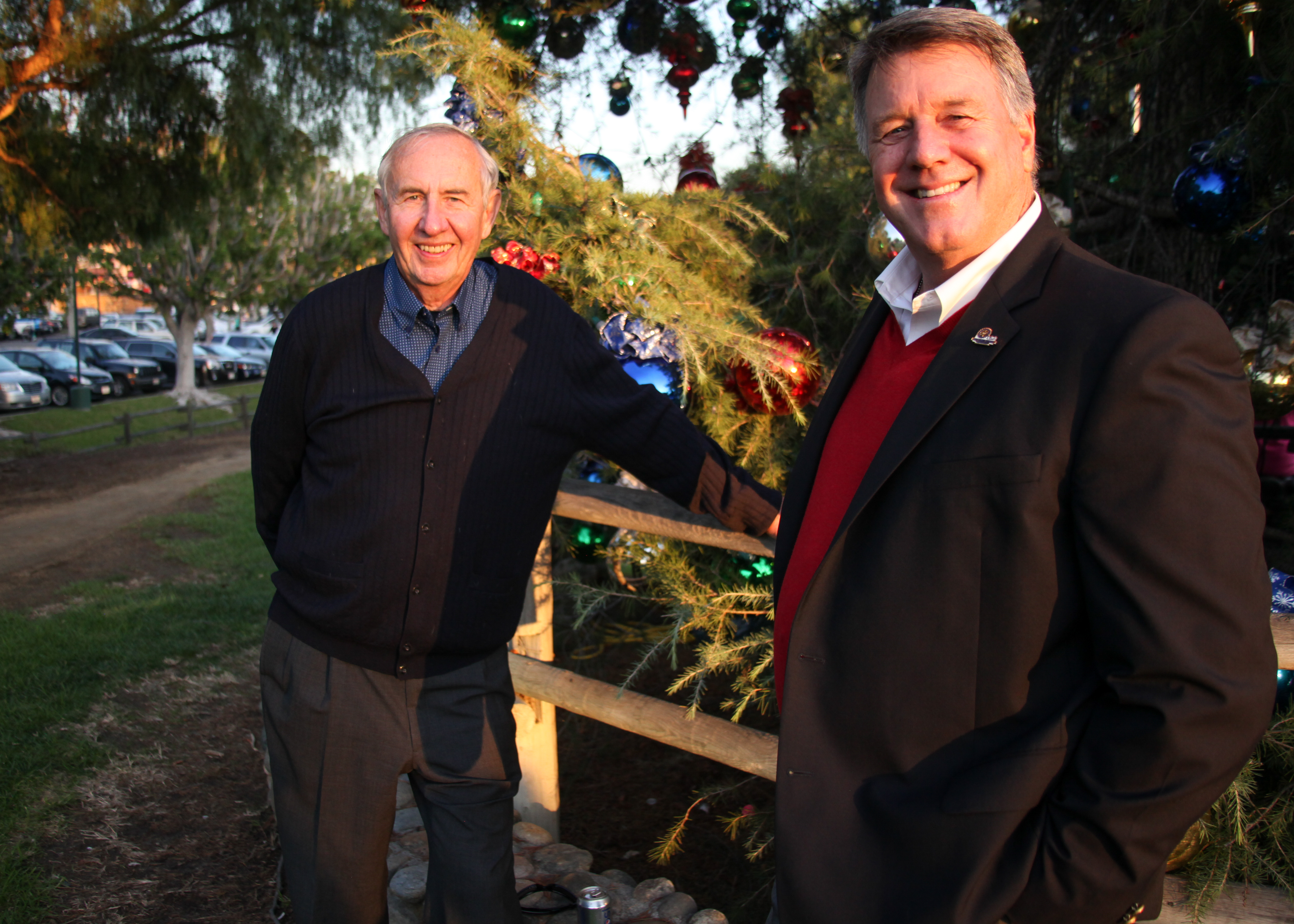 Councilmen Exit the Dais, But Not the Community

As Councilmen Larry Kramer and John Taylor stepped down from their roles in City Hall on Dec. 2, they both expressed how much they’ve enjoyed getting to know the residents of San Juan Capistrano while in office. Kramer and Taylor are well-known for being active in the tight-knit community of San Juan—the two were involved in numerous clubs, committees and volunteer organizations.

Kramer was elected to the council in 2010, serving as mayor in 2012 and mayor pro tem this past year. He initially came to San Juan 12 years ago to enjoy a relaxing retirement with some volunteer work on the side. When Kramer started going to Coffee Chat, he introduced himself as a Rotarian, and it wasn’t long after that he found himself on a city transportation committee. Since then, Kramer has served on the open space committee, as vice chairperson of the San Juan Basin Authority and as vice chairman of the South Orange County Wastewater Authority.

Before arriving in San Juan, Kramer spent 30 years in the Navy commanding submarines, and after that he worked for 10 years managing electric generation power plants across the country and abroad. He and his wife, Chris, moved around about 26 times before planting roots in San Juan.

During his time in office, Kramer said he’s proudest of his work to revitalize the downtown, which often involved meeting with local merchants and figuring out how to efficiently solve complex problems. He was also known as “the water guy,” for his extensive knowledge of and involvement in the city’s water issues.

Similarly, Taylor said he’s also proud of his work to support downtown businesses and invest in economic development. Elected in 2010 and serving as mayor in 2012, Taylor said his focus was largely on bringing “diverse sources of income” to San Juan and creating a thriving, historic town center.

He and his wife, Marianne, moved to the Los Rios District 25 years ago and live in the Labat House, built in 1887, that they restored. They raised their kids on Los Rios Street, while Taylor has worked as a builder and property manager for the Brea Corporate Park. Like Kramer, Taylor became very active in the community, coaching and refereeing AYSO for nine years and serving as the First Vice President of the League of California Cities Orange County Division.

With Councilwomen-elect Pam Patterson and Kerry Ferguson taking their spots at the dais, Kramer and Taylor said the extra hours in their day will be divvied up among family, friends and volunteering. Taylor will continue his work as a commercial property manager, and said two years from now he may get back into politics—he’s just not quite sure at what level that may be.

As for Kramer, he has a pretty good idea of what his days will look like.

“I came here to ride my bicycle, play golf, do a little volunteer work and spend time with my wife, my kids and grandkids,” Kramer said. “That’s my plan right now.”