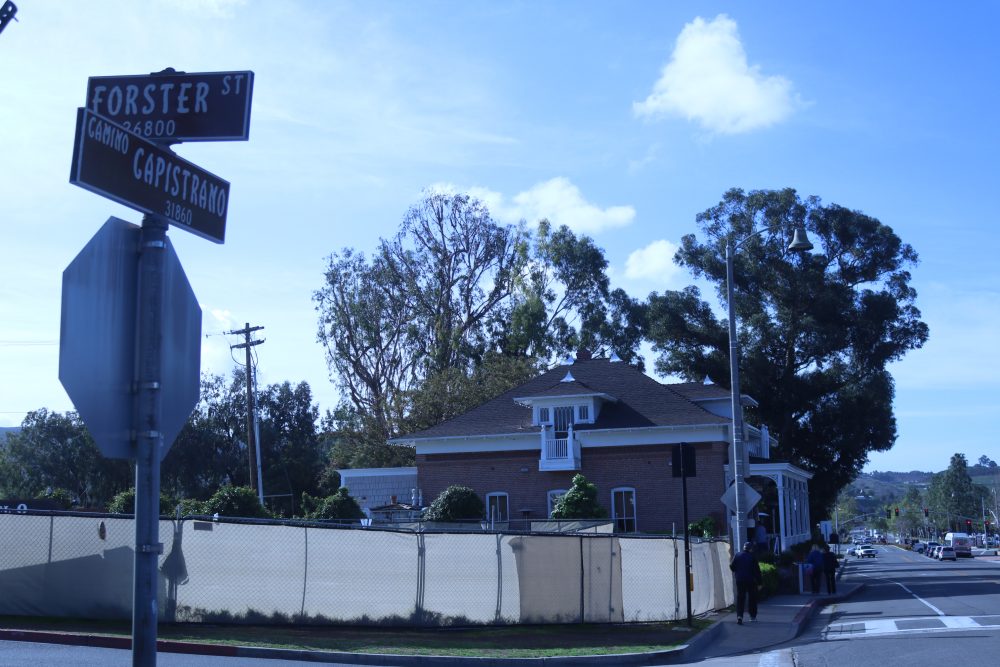 A tentative decision on a lawsuit from a hotel developer looking to overturn the city’s approval of a competing hotel in town was made on Monday, March 12.

Bill Griffith, local developer and owner of SPM, filed a lawsuit in the Orange County Superior Court on Oct. 4, 2016 over the legality of the city’s Sept. 6, 2016 approval of the Hotel Capistrano project. Griffith’s suit claims the Hotel Capistrano “violates many provisions of the city’s general plan, other plans and planning policies established by the city, and the city’s municipal code,” making it an “illegal” development that will “have negative impacts on the adjacent, historic Judge Egan House.”

The 102-room, 4-star Kimpton boutique hotel is on property owned by O Properties, Inc., which is resident and Hollywood director Steve Oedekerk’s company. The 3.13-acre property, to be developed by Stratus Development Partners, LCC,  is set to be constructed between the Egan House and the Esslinger Building, which are both owned by Griffith. Griffith recently renovated the Egan House, which is now home to Ellie’s Table.

Griffith dropped his plans for his own Inn at the Mission hotel project around the same time the Hotel Capistrano was approved last year, and since then, he has revived his plans to build the previously permitted Plaza Banderas at the site adjacent to the Mission. The design of that hotel project is currently going through the city’s review process.

Here’s what the court’s tentative decision on the three actions against the city of San Juan Capistrano found:

On Oct. 6, 2017, Judge Kim Dunning issued a stay during the hearing, which temporarily halts the proceeding. Dunning’s main reason for delaying a trial (both on Aug. 11 and on Oct. 6) was an earlier lawsuit filed by a group known as Save Our Historic Town Center that’s currently in the Court of Appeals. The group alleged that a 2014 proposed project—the Urban Village hotel and villas—was inconsistent with the city’s general plan. That project was intended for the same piece of land that the Hotel Capistrano is set to occupy.

When City Council approved the Urban Village project in 2014, the CEQA document for the project included a mitigated negative declaration (MND), which identified the Forster Street extension as being consistent with the Historic Town Center Master Plan (HTCMP), among other permit and modification approvals. In 2015, City Council repealed the Urban Village project resolution, which included the repeal of the MND.

In the midst of multiple legal battles against the city by the Urban Village Development Co., O Properties had already entered into an agreement with Stratus for Hotel Capistrano. The Hotel Capistrano approvals were pegged to the MND prepared in anticipation of Urban Village; the city issued an addendum to the MND and it did not initiate a new CEQA process, according to the court’s procedural history on the case.

“The MND and its addendum are at the heart of the CEQA challenge. When the San Juan City Council voted on Jan. 20, 2015 to repeal the Urban Village Resolution, it voted to repeal the MND. That purported repeal, however, was subsequently declared void,” the case documents read.

The city of San Juan Capistrano, O Properties and Stratus argue that the city has already determined Hotel Capistrano does not involve any new or significant environmental impacts, compared to Urban Village, so the addendum is sufficient to address environmental requirements.

The court does not agree.

“Hotel Capistrano is a project that must stand on its own. It requires its own environmental assessment to determine whether an MND is appropriate. The failure to engage in this process is a violation of CEQA,” case documents read.

The petitioner—SPM—allegeed Hotel Capistrano is inconsistent with the city’s general plan in three specific instances: it eliminates the Forster Street extension, it violates the height and setback restrictions associated with the Judge Egan House, and it allows a hotel where none was planned in the HTCMP.

The Forster Street extension through the Hotel Capistrano project site, connecting Camino Capistrano and Del Obispo Street, was included in the adopted HTCMP.

“This court agrees with the petitioner’s first contention and concludes the elimination of the Forster Street extension is inconsistent with the city’s general plan,” case documents read.

The city’s form-based code provides for a three-story limit on hotels in the Historic Town Center area and an overall 35-foot height limit.

The hotel proposed a setback so that changes in the hotel’s elevation will comply with the setback requirement, the court did not find a violation of the form-based code.

“The hotel’s proposed dome, however, which exceeds the overall height limit, does violate the form-based code.”

The city of San Juan Capistrano is currently reviewing the court’s statement of decision with the city attorney’s office, Assistant City Manager Jacob Green said in an email. The city will be discussing the case in closed session with the City Council on Tuesday, March 20, he said.

Councilman Derek Reeve commented on the court’s tentative decision on his Facebook page, noting the City Council’s vote on March 6 that passed a resolution to initiate a study on repealing the HTCMP.

The tentative decision by the court to grant a writ of relief directs the counsel for SPM to prepare a statement of decision and proposed judgment within 30 days. The counsel for respondent (city of San Juan Capistrano) and real parties in interest (O Properties and Stratus) may file within 10 days of the March 12 tentative decision a document specifying controverted issues they request to be included in the statement of decision.

“Moving forward, this ruling and the related Urban Village/Save Our Historic Town Center litigations will serve as a benchmark to fully enforce the general plan, municipal code and form-based code, correct the inconsistencies in the (HTCMP), and require all future projects to comply with the mitigation measures and project design features in the HTC EIR,” Griffith said in a press statement.

At Coffee Chat on Friday, March 16, Oedekerk discussed the hearing and what it means to his project.

“The bigger thing than the hotel is the HTCMP getting resolved,” Oedekerk said, adding that he’s been prepared for this outcome.

Counsel for SPM must serve and submit to the court within 30 days of March 12. Any objections must be filed within 15 days thereafter.