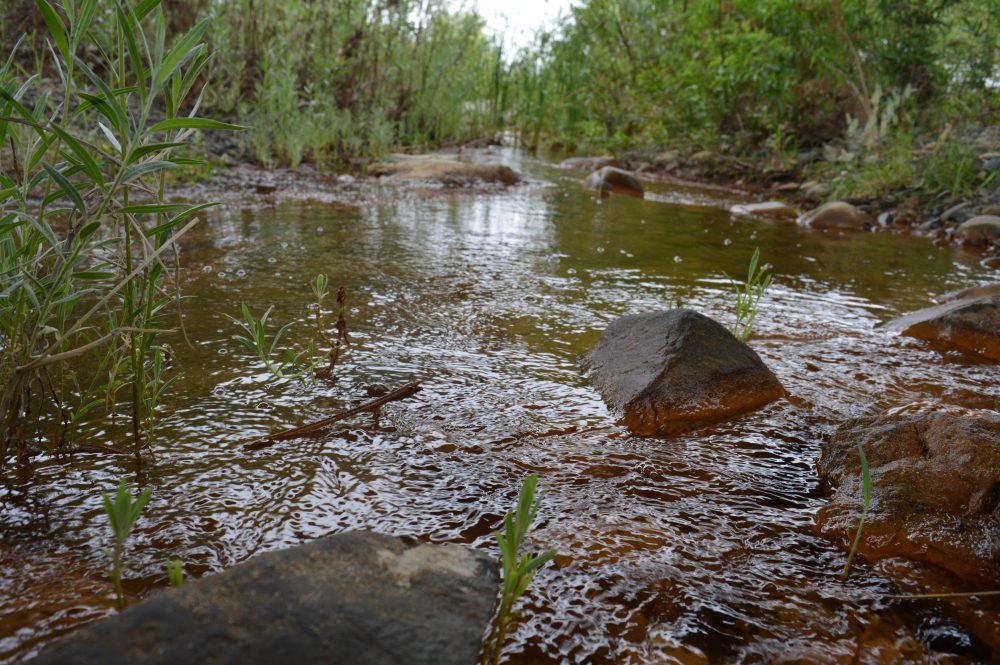 “These are the highest numbers I’ve ever seen that aren’t from a composting or trash facility,” Orange County Coastkeeper Senior Staff Attorney Colin Kelly said.

The San Diego Water Board Basin Plan, which bases its bacterial targets by Environmental Protection Agency (EPA) guidelines, holds San Juan Creek to a wet weather numeric target for enterococcus of 104 Most Probable Number (MPN) per 100 milliliters, with a 22 percent allowable exceedance frequency.

In data collected from overland flows from Rancho Mission Viejo Riding Park by Sierra Analytical on Jan. 9, one sampling shows enterococcus levels of 700,000 Colony-Forming Units (CFU) per 100 milliliters. Enterococci are bacteria found in human and animal feces and can cause human and animal infections, according to the American Society for Microbiology.

“It definitely indicates some pollution in the water, that is why there are high numbers,” San Diego Water Board Water Resource Engineer Helen Yu said. “They are also close to the untreated sewage level, the lower level of untreated sewage.”

Roger Mitchell, engineering geologist at the San Diego Water Board who oversees the San Juan Capistrano region, said that although the city is tasked with monitoring discharges with San Juan Creek, the board has been monitoring it as well.

“The water board is aware of ongoing litigation between the city (of San Juan Capistrano) and Orange County Coastkeeper,” Mitchell said. “As far as the Water Board’s involvement, we’ve been out to the site, performed some inspections and found there were some deficiencies in terms of compliance with federal and state laws. Beyond that, the Water Board has not been closely involved with the litigation, we’re aware of it but we’re not a party to it.”

“Even if there are lower numbers, such as 15,000 or 20,000 CFU, that is way above the allowable numbers (of 104 MPN),” Yu said, adding that CFU and MPN are interchangeable methods of measurement.

Yu said that these numbers “raise concern,” however, normally when samplings are collected during a rain event, there is a high concentration of bacteria as a sort of “first flash” on the surface. Then, they flush out and you’ll see lower concentrations, she said.

However, these numbers raise the possibility of people getting sick, Yu said.

“Bacteria themselves, especially enterococcus, they themselves don’t make people sick,” Yu said. “It is the pathogens associated with them in sewage that makes them sick.”

Sometimes, Yu added, concentrations can come from wildlife, such as seagulls. However, the 22 percent exceedance for the Basin Plan Wet Weather Numeric Targets would typically allow for variables such as wildlife, she said.

One of Orange County Coastkeeper’s claims in the lawsuit is that during wet weather, runoff of horse feces drains to San Juan Creek from the Riding Park. One of the main concerns, Kelly said, is that there are wash racks for the horses that directly drain into the Creek.

“The sample results help to inform the facility operator (BFM) as to which areas of the property may need adjustment,” Green said. “The state’s permit allows for the facility to operate in an iterative manner (to adjust, modify and adapt the necessary water quality controls).”

“A single set of results above the action levels does not mean the property is out of compliance or not complying with the permit, it simply communicates to the facility operator that adjustments should be made,” Green said.

Data collected from Feb. 27 also shows enterococcus numbers higher than the 104 MPN standard, with three samples ranging from 900 to 24,000 CFU.

Rancho Mission Viejo Riding Park is a 40-acre facility that is home to many equestrian events. Orange County Coastkeeper filed the lawsuit, which alleges Clean Water Act violations, against the city and BFM on June 2, 2017.

EDITOR’S NOTE: This story was updated for clarification that data samples were collected from overland flows during wet weather from Rancho Mission Viejo Riding Park, not directly from San Juan Creek.