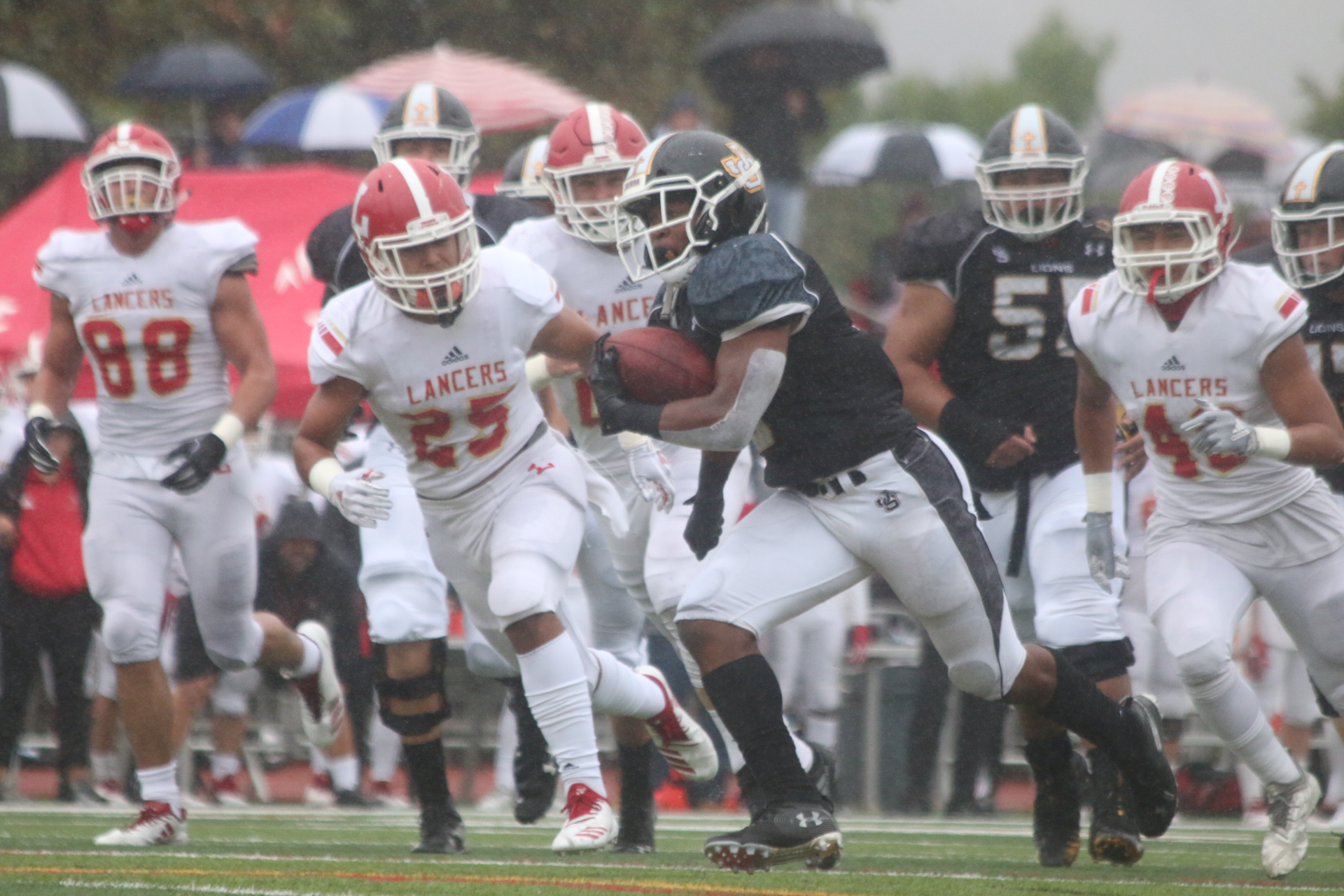 It’s the final weekend of the high school football regular season, and there are plenty of league championship and playoff scenarios going into Week 10.

Let’s check in on all five San Juan Capistrano programs, see where they sit before the playoff brackets are released on Sunday, Oct. 28, with games to be played Nov. 2.

San Juan Hills earned that with its second straight shutout of league play and its fourth of the season in a 49-0 drubbing of Dana Hills on Oct. 19. The Stallions pulled in three interceptions, including a 15-yard return for a touchdown by Shane Roberson, grabbed a fumble recovery by Tyler Wegis and dragged down three sacks with two by Wegis and one by Cade Albright.

San Juan Hills can clinch the Sea View League title outright with a win at Laguna Hills (3-6, 2-1) on Friday, Oct. 26. As league champion, the Stallions will host a Division 2 playoff game on Nov. 2.

The Lions (7-2, 2-2) look to be headed for a third-place finish in the Trinity League and a road game to open the Division 1 playoffs.

After dropping 49 points on Servite and 56 points on Orange Lutheran, JSerra was hit hard by Mater Dei, 42-7, on Oct. 19 as the Monarchs got back on track from a beat-down they received from St. John Bosco.

No matter how things shakedown this weekend, JSerra should be locked into its final spot. The Lions are tied in the league with Orange Lutheran (5-4, 2-2) heading into their season finale on the road against Santa Margarita (3-6, 0-4). The Eagles will be desperately clawing to get into one of the final Division 1 playoff spots, but even if JSerra suffers the upset, Orange Lutheran should fall to Mater Dei. JSerra would hold the tiebreaker.

Third place is the final automatic playoff spot in the Trinity League, but even if all goes wrong and JSerra loses, Orange Lutheran wins and Servite upsets St. John Bosco, the Lions, ranked No. 5 in Division 1, will finish no worse than fourth and should easily claim an at-large bid.

The Tartans have already clinched a playoff spot and have their eyes on a CIF-SS championship.

The Eagles have already made some history.

The Eagles can clinch the outright Academy League title with a win over Trinity Classical Academy of Valencia (5-4, 2-1) on Friday, Oct. 26, at San Clemente High School. A win would give CVC its first nine-win season since 2013.

A league title would launch CVC into the Division 13 playoffs with plenty of momentum.

After a brutal nonleague campaign, the Warriors (3-6, 2-1) put themselves in position for a Division 12 playoff spot and had a chance to play for the San Joaquin League championship.

Due to a bye week and lightning cancellation, SVC went 23 days between games before playing two games in five days against Southlands Christian, a 54-14 win on Oct. 20, and St. Margaret’s, a 31-0 loss on Thursday, Oct. 25.

With three straight wins and a second-place finish in league, the Warriors have salvaged their season.