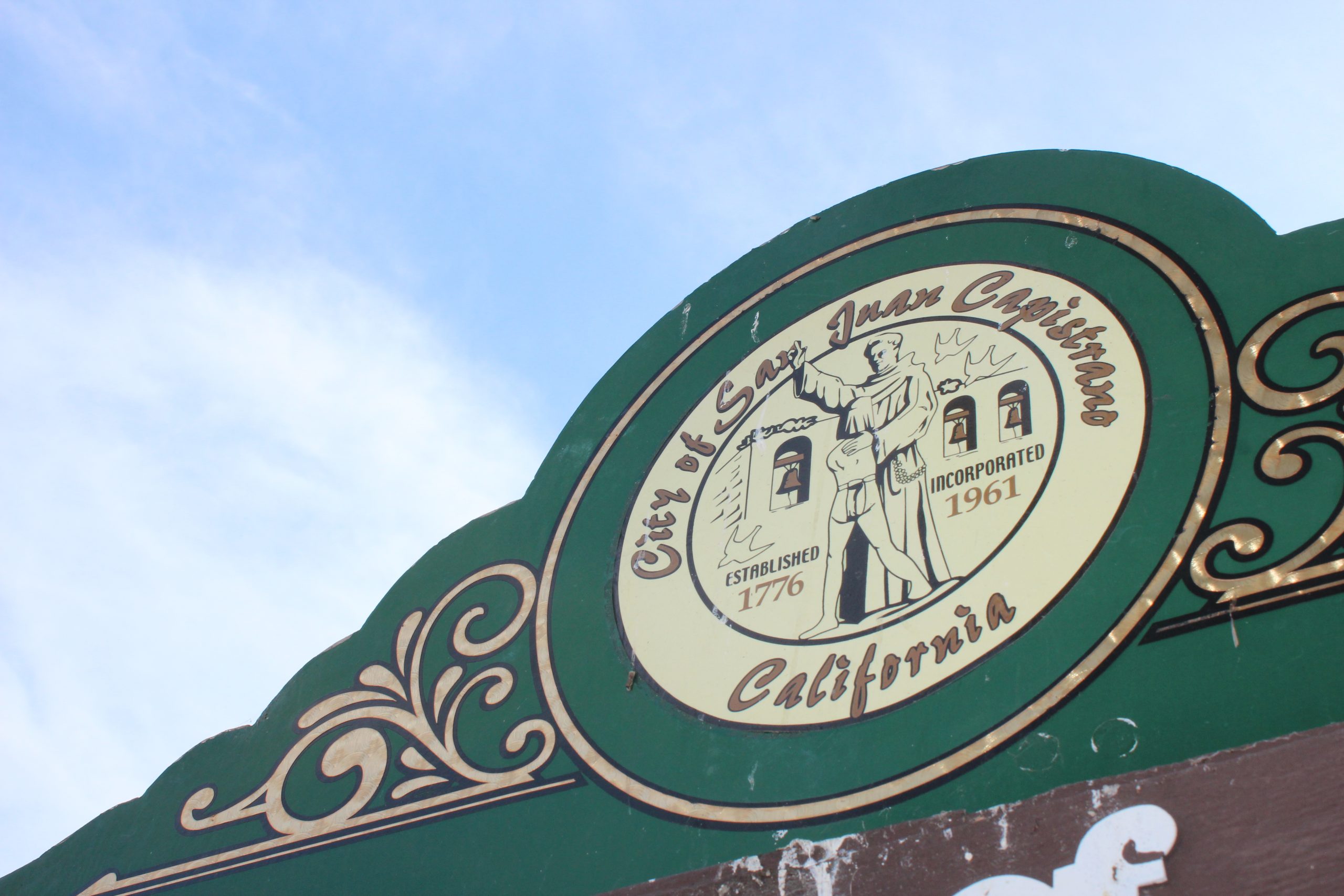 Suggestions on a new city seal design for San Juan Capistrano will continue to be accepted from the public through July 15, per the direction of the Cultural Heritage Commission.

The commission agreed to extend the deadline for public submissions during a meeting on March 22. The City Council recently decided to undertake updating the city seal, which currently features Saint Junipero Serra and a Native American boy.

Any new seal design is required to depict aspects of Mission San Juan Capistrano and Native American culture. City officials are looking at adopting a new design by the end of this year.

Commissioners, who are tasked with making recommendations to the City Council, reviewed last week the proposed designs that were submitted to the city, but didn’t approve any one of them.

“I’m not impressed with any of the ones I’ve seen,” Commissioner Lorie Porter said.

What should go in the design has been discussed and debated by community members, with swallow birds and horses coming up as potential features. Commissioner Paul Lopez said San Juan Capistrano has many different features that make the town what it is, and the new seal should reflect that.

“We have the history with the Juaneños and the Acjachemen. We have the rancho life. We have the Mexican period. These are all important parts of our culture. We have equestrian culture,” Lopez said. “I would love to see all of that incorporated into a seal. I don’t know if all of that can fit in there but if there is some way that we can get more of what our city is about into a seal, I think it would better represent who we are as a city.”

Commissioner Anna Dickinson said some of the current submissions that have lots of details “get a little bit too busy.”

“I think what the city was looking for, from the meeting I was in when they first brought forward the first seal, was to simplify our seal from what it currently is—also update it and make it easier to be seen on cellphones and mobile devices,” Dickinson said.

Councilmember Troy Bourne—who brought forth updating the seal, along with Councilmember Sergio Farias—said the current seal does not show up well on a smartphone, and wants a new and simpler design to be legible when looking at it on a mobile device.

A default design proposed by Bourne and Farias featuring a bell—a symbol associated with Mission San Juan Capistrano, which has historic bells—has been proposed to mixed reactions.

While visibility on a smartphone is the given reason for updating the city seal, Serra’s legacy has come under scrutiny in recent times because of his interactions with Native Americans—the subject of tense discussions among councilmembers during a recent meeting.

Commissioners also discussed reaching out to stakeholders in the community about appropriate details to include in the seal, and giving direction on guidelines to residents who might submit a potential design.

A subcommittee of city officials will work with a graphic designer on refining visual details for a new seal.