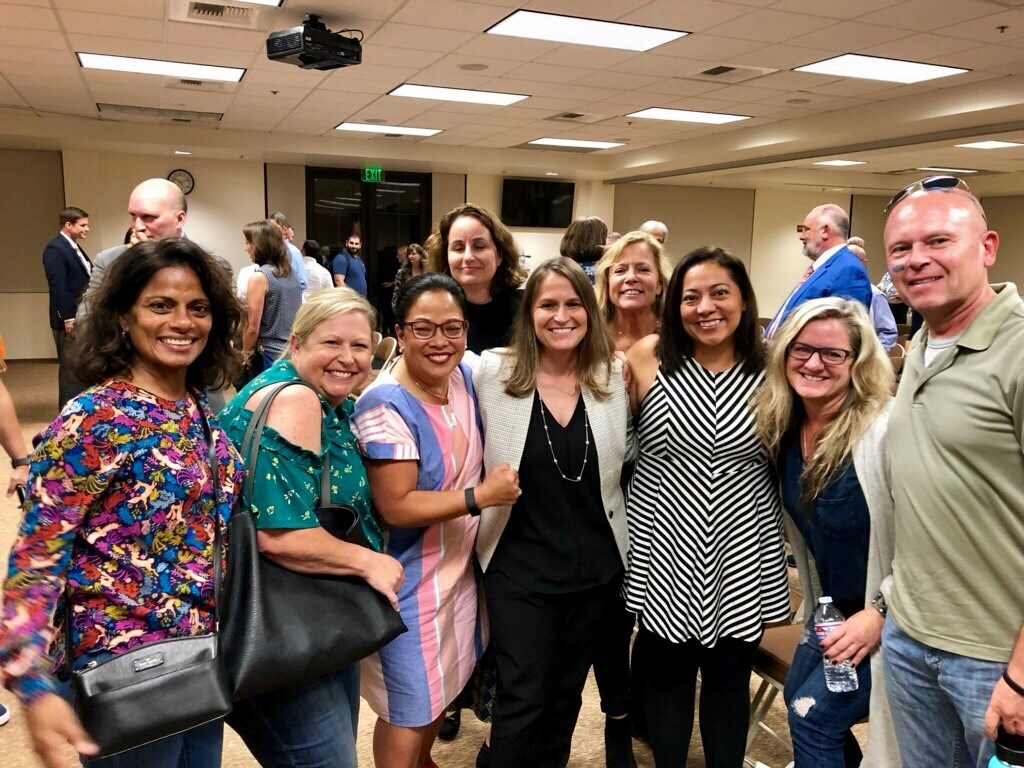 In a special board meeting Monday, Sept. 9, the Capistrano Unified School District Board of Trustees voted to appoint its newest and seventh member to fill the vacant seat left behind by former Trustee Gary Pritchard.

Krista Castellanos, an Aliso Viejo resident and kindergarten teacher at John Muir Fundamental Elementary, was appointed to represent CUSD’s Area 5 and serve out the rest of Pritchard’s term, which is set to expire in 2020.

“We are delighted to welcome Trustee-elect Castellanos to the CUSD Board of Trustees,” the district said in an emailed statement. “Ms. Castellanos is a tireless advocate for public schools, a public school teacher, a parent in our District, and a leader in PTA.”

Castellanos will be sworn in during the district’s next board meeting later this month, according to CUSD spokesperson Ryan Burris.

According to Burris, each candidate was allowed to make a three-minute statement before taking questions from trustees during the special board meeting Monday night.

Following a public-comment portion, the trustees nominated Castellanos to be considered for the appointment, along with Cogan, the director of Facilities Planning for the Santa Ana Unified School District, and Vollebregt, the director of Regional and Legal Affairs for Moulton Niguel Water District.

Because there were multiple nominations, a candidate must receive a minimum of four votes from trustees in order to receive the official nod for the position. The voting process can be repeated until there’s a four-vote consensus for one candidate.

During the first two rounds of voting, Burris said, none of the nominated candidates received four votes. At the conclusion of the third round of voting, Castellanos received a total of five votes, earning her the official appointment.

The Area 5 seat became vacant Aug. 9 when Pritchard, who was serving as vice president of the board this year, resigned from his post because he relocated out of the area. The district’s board met in mid-August, deciding to initiate an appointment process to find a replacement, rather than hold a special election.

The next Board of Trustees meeting is scheduled for Sept. 18 at the district’s headquarters in San Juan Capistrano at 7 p.m.