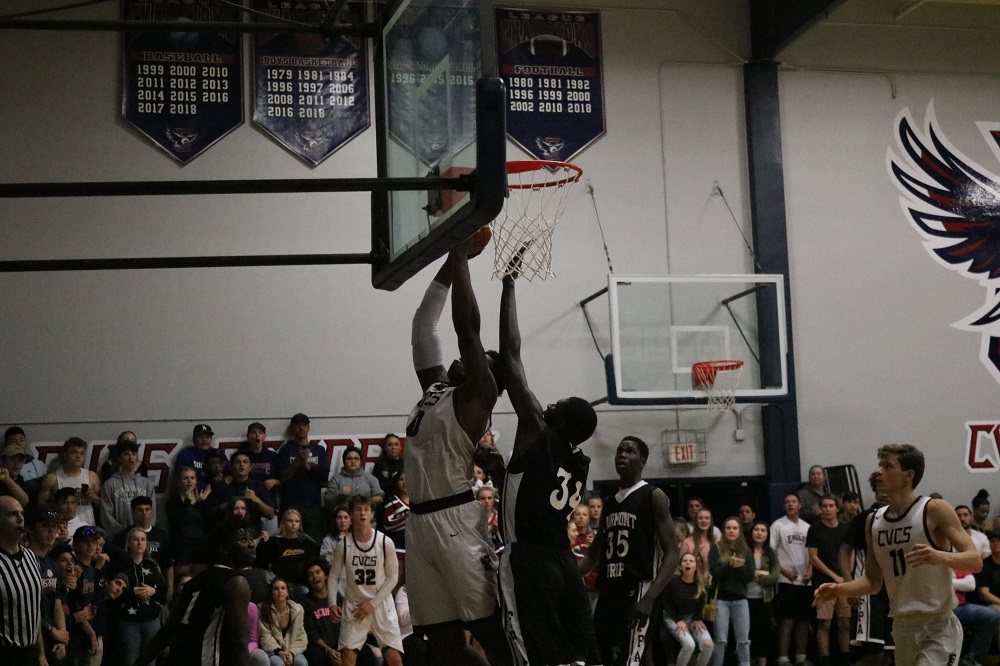 Capistrano Valley Christian boys basketball team had been to CIF-SS semifinals in recent memory, but never to a CIF-SS Final.

The Eagles had posted plenty of 20-win seasons and won league championships, but even the opportunity to play in the ultimate postseason title game had eluded them. That was until last Saturday, Feb. 16.

CVC, No. 3 seed in Division 3A, defeated No. 2 seed Palos Verdes, 48-34, to advance to the program’s first CIF-SS championship game. The Eagles will take on Palm Springs for the title on Saturday, Feb. 22, 12:30 p.m. at Azusa Pacific University.

All season, people looked to dynamic senior Festus Ndumanya to lead the Eagles, but in the quarterfinals and semifinals, people on the outside took notice of CVC’s team effort.

CVC’s championship game opponent is Desert Empire League champion Palm Springs. The Indians beat the No. 4 and No. 1 seeds in the quarterfinals and semifinals, respectively, to reach the title game.