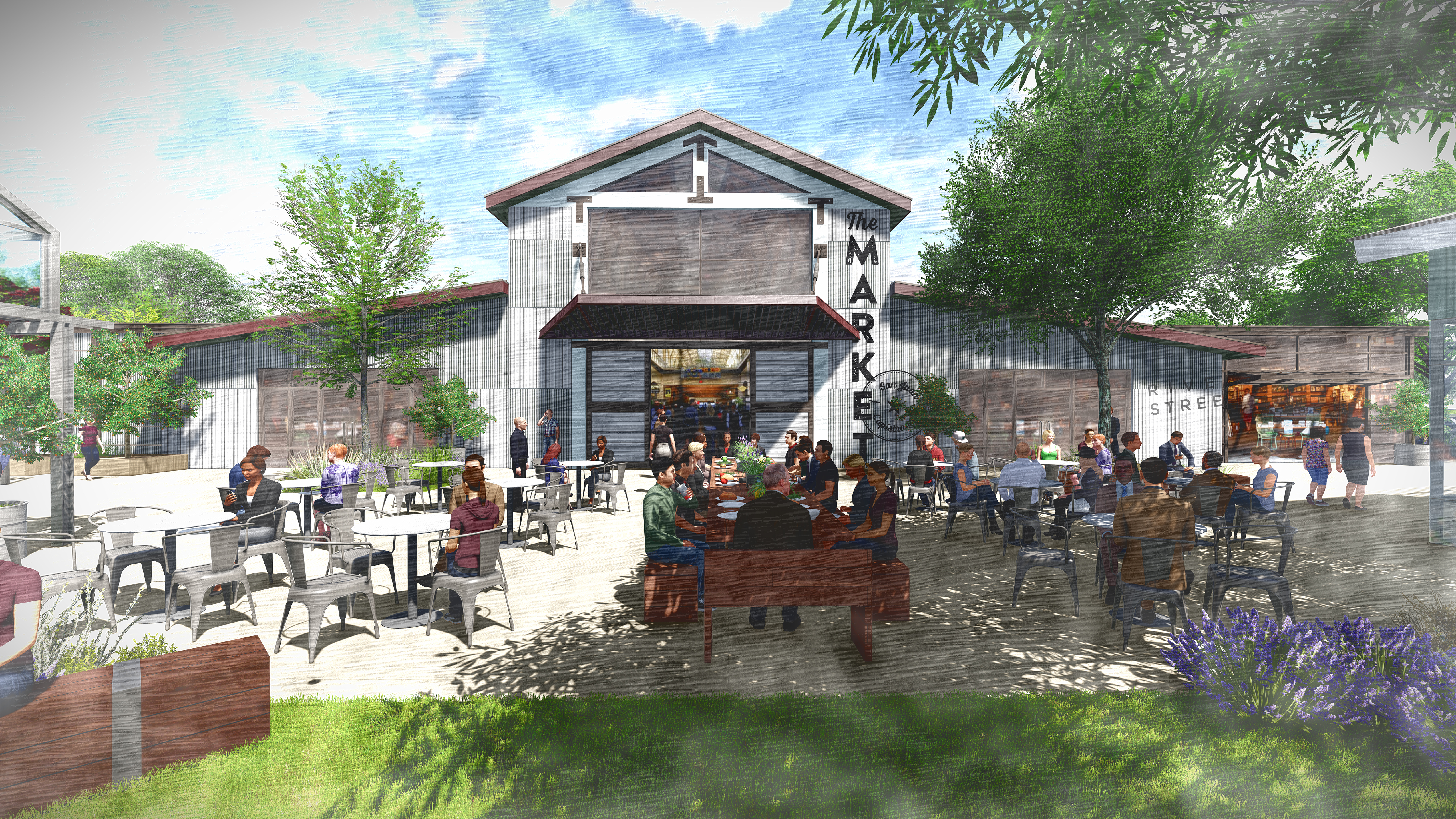 One of the projects Almquist discussed was the River Street Marketplace, an agrarian-themed and pedestrian-oriented commercial village that will border the Los Rios District. The main entry will be off River Street.

“We’re getting ready. We hope to have construction drawings into the city by April 1,” Almquist said to a standing-room-crowd at the San Juan Capistrano Community Center. “It’ll probably take three or four months to get them formally approved. Hopefully, the project is under construction sometime in the summer.”

River Street Marketplace plans to have a Farmstead Building, central green area with outdoor seating and other amenities.

“This project is probably the most meaningful thing to me that I’ll be involved with just in terms of what the process was to get it entitled,” Almquist said. “The idea is to create a community gathering place.”

Almquist said the reception has been welcoming inside and outside the San Juan Capistrano community.

Other new businesses Almquist mentioned included Heritage Barbecue and Capistrano Brewing, which will come to the former Mission Grill site. Heritage Barbecue plans to open in San Juan Capistrano sometime in the spring under owners Brenda and Daniel Castillo, a married couple.

“This will be a great space to come,” Almquist said. “Daniel and his wife are amazing. Daniel’s food is phenomenal.”

Trees will be added to the patio site at the former Mission Grill property. In response to an audience question about how smoke from Heritage Barbecue could affect the community, Almquist said that has been studied.

“The amount of smoke that comes out is very little. Daniel cooks literally overnight, so the cooking he does is late night to early morning,” Almquist said. “Right now, we don’t think it’s going to be an issue.” Almquist also voiced support for public art going up in town, an idea recently proposed by resident Rich Heimann.