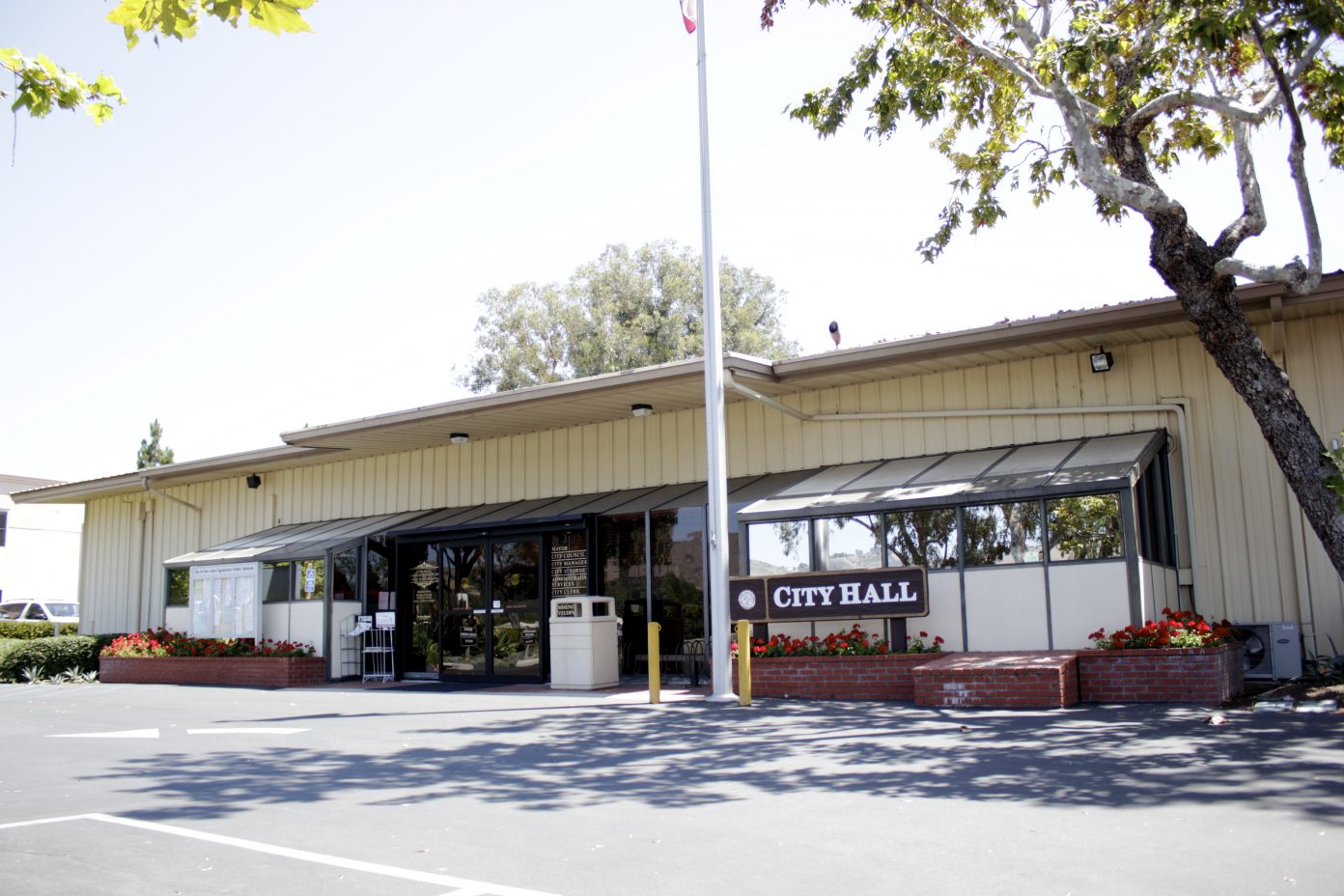 Members of the San Juan Capistrano Design Review Committee heard about the ongoing plans for a mixed-use project that would build a new City Hall facility and a 50-unit, affordable housing apartment complex at the current City Hall site on Paseo Adelanto during a meeting on Thursday, Jan. 13, in which they also gave their feedback on architectural aspects of the proposal.

The City of San Juan Capistrano agreed to enter into an exclusive negotiation agreement with Jamboree Housing Corporation in April 2020 for the project. The Paseo Adelanto Mixed Use Project, as it’s referred to in the DRC agenda report, would demolish the current City Hall building to make way for a new one. The building style will reportedly be Spanish Colonial, reflecting the town’s look.

Though the current City Hall building has been around for decades, it is considered temporary. The planned new City Hall would be 16,338 square feet—slightly bigger than the current building, which is 15,000 square feet. While most city staff and public business—including handling permits—would still be handled at the Paseo Adelanto site, City Council meetings could be moved to the Community Center, where there is more room for audience members. Public meetings that do not attract such big crowds, including the DRC, would still be held at the Paseo Adelanto site.

The apartment complex would be on two adjoining lots totaling 2.22 acres, according to the agenda report. Potential residents would be formerly homeless and very low-income people who need permanent supportive housing and have been vetted by the County of Orange, according to meeting discussion. Jamboree Housing partners with the county in determining who would live in the apartments.

The Paseo Adelanto building will have 88 parking spaces—56 for City Hall, 28 for apartment residents, and four shared between the two uses. The number of residential parking spaces is lower than the number of housing units, because all the residents might not own a vehicle.

Members of the DRC spoke about numerous project details, including bike storage. In response to DRC Chair Geoff Sumich asking if a resident who lives on the third floor of the building would have to carry their bike up to the residence, project representatives replied that residents would instead be able to store their bike in an outside parking area.

San Juan resident Rob Williams said he was “underwhelmed” when he saw the architectural plans.

“This does not depict the City Hall in San Juan. This looks like the City Hall or a building you would see in Aliso Viejo. The architecture is substandard by far,” Williams said. “If you look at just the thought process, this is a program-driven block design based on units and then what the exterior’s going to look like based on unit design. There’s no rhyme or reason to the architecture. There’s no style to the windows, no style to the roof.”

DRC member Stan Braden said he didn’t mind the project is “horizontally mixed-use,” even though he initially thought the two uses would be vertically integrated—where the City Hall facility would be “tucked under” a podium deck and the residential use would be above that. The latter design would not be economically feasible.

“It is tight,” Braden said. “The things that I look at that I’m not happy with architecturally is—and you can’t design this—do we have enough story height on the first and second floor? Where’s the mechanical equipment going that drives City Hall?”

Nate Franklin, who also sits on the DRC, said the project is an “important” one that has to be done properly. Franklin said the proposed courtyard could be improved, including through the addition of a fountain—which project representatives said would not fit into the budget.

Sumich said while the City Hall architectural plans are underwhelming, he was excited about the affordable housing component.

“This is a great location for affordable housing, because the people that live here will be able to walk to downtown,” Sumich said. “They’ve got bike paths, they got (the) train station (nearby), so it would really work for them.”

Sumich further said while the City Hall should adequately reflect who the people of San Juan are and the town’s heritage “in a perfect world,” city officials have to “pick our fights.”

San Juan’s City Hall is instead on the outskirts of town, said Sumich, adding he focuses his energy more on the downtown area since more people go there.

Grant funding is being sought for the project. Braden expressed a desire for the DRC to further look at the project as it goes along, with an eye toward reviewing details. The DRC would not redesign the project or make it more expensive, Braden said.

“I was thinking the same thing. Is there a way that we could have more time to work some of these things out with the City Hall piece and not delay the project?” said Joel Rojas, the director of development services for the city. “The key is as long as it’s not delayed, I think we would be open to such input.”

Securing the grant funding depends on meeting deadlines with the project.

The project will next go before the Planning Commission at a Jan. 26 meeting. DRC feedback will be relayed to commissioners.