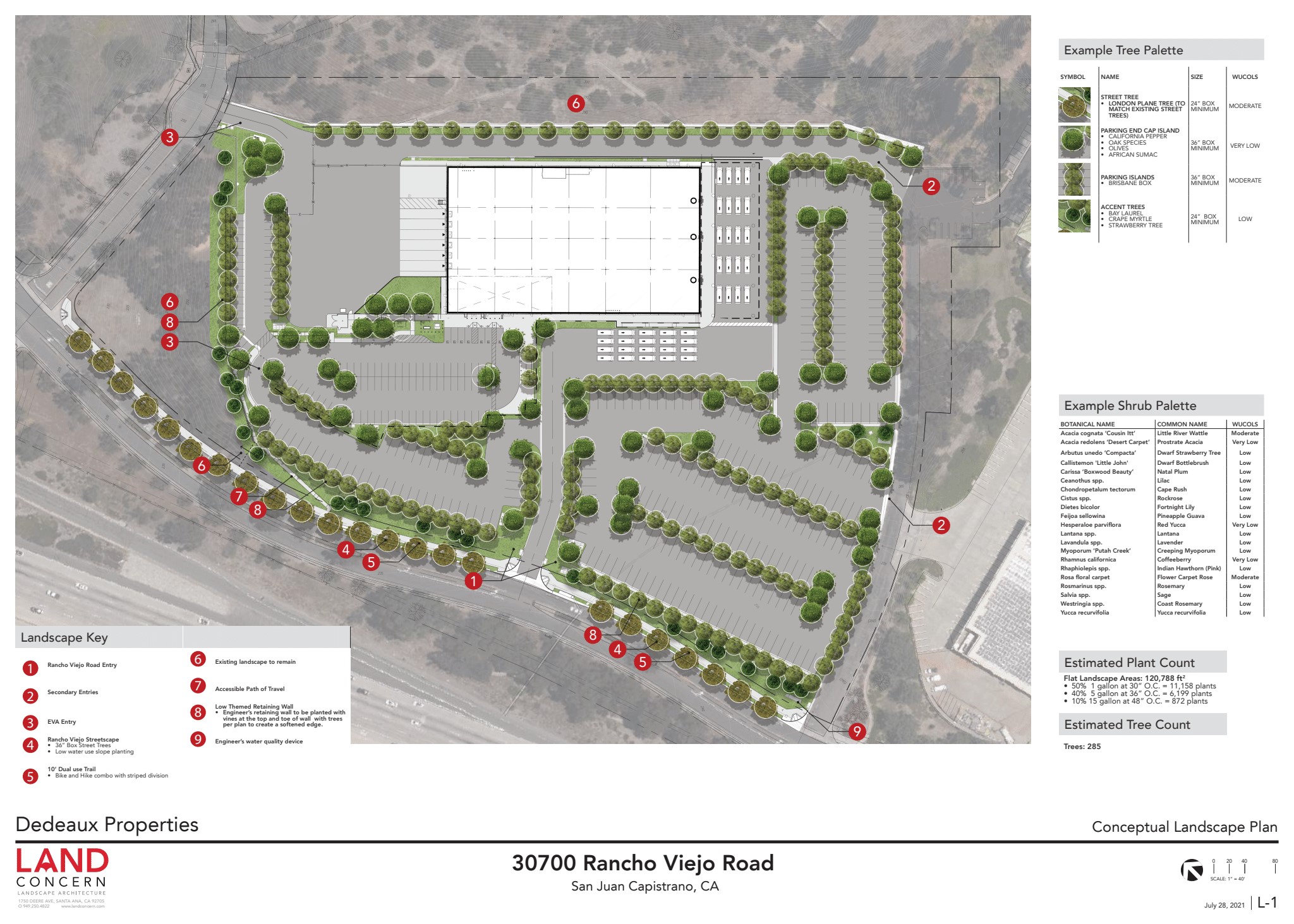 However, Dedeaux Properties—a Southern California-based developer with offices in Los Angeles and Santa Monica—has plans to establish retail space at what’s known locally as the former Endevco Corporation property, which is considered an eyesore by residents.

Marice DePasquale, who is representing Dedeaux Properties on behalf of the project, said they’ve heard “loud and clear” that the property’s existing conditions are not acceptable from community members. The developer intends to immediately clean up the area and make it acceptable if plans for the project go through, DePasquale said.

The developer is in the initial stage of providing plans to the city and receiving feedback. Representatives for the project recently received recommendations on exact details from Design Review Committee members during a workshop on Sept. 23.

Dedeaux Properties has been reaching out to a number of different businesses about using the property and is allowing for a broad range of tenants, DePasquale said.

Despite community chatter that the site could be a future Amazon warehouse or location, DePasquale shot down those rumors and said Amazon is not looking at the site right now.

Dedeaux Properties finds underutilized properties and redevelops them, according to DePasquale.

“It’s a fantastic location,” she said. “It’s in Orange County. It’s by the I-5. It seems like it’s the right time for redevelopment.”

Previous plans to turn the site into a gated residential community by a separate developer were withdrawn after residents and planning commissioners had raised concerns about aspects of the community’s design, including the density of proposed townhome buildings.

DePasquale said they are “keenly aware” of those past issues, so they are reaching out to neighbors in the area in order to be transparent. The site was formerly used for manufacturing before it became vacant.