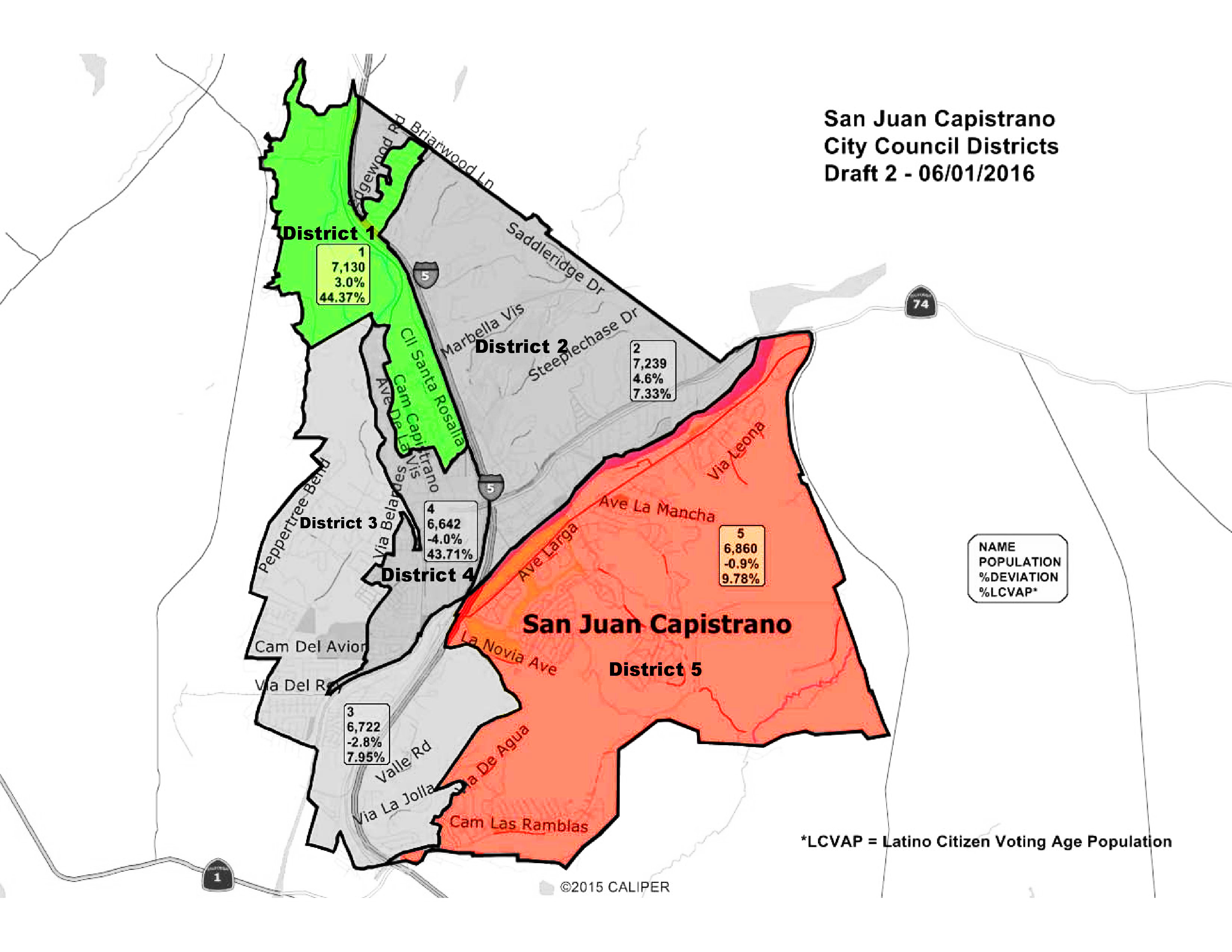 On Monday, June 20, the City Council voted 3-2—Councilman Derek Reeve and Councilman Sam Allevato opposed—to select the southeastern District 5 as the second district that will be able to elect a City Council member on Nov. 8.

District 1, located in the northeast side of town, was previously selected as the other district voting this year due to a stipulated agreement with the plaintiffs of a Voting Rights Act lawsuit, which dictated the first district chosen be the area with the highest percentage of Latino voters.

The switch to district elections—approved unanimously by the Council in February—was prompted by a voting rights lawsuit filed against the city in January claiming San Juan’s at-large election system violated the California Voting Rights Act of 2001 and resulted in vote dilution for Latino residents. The City Council commenced with the transition and hired a demographer who used Census data and community input to draw a map of five voting districts.

On Monday night, Reeve and Allevato reiterated their position that the selection of the second district to vote this year should be randomized to avoid the appearance of bias or political conspiracy. Mayor Pam Patterson, Mayor Pro Tem Kerry Ferguson and Councilman John Perry instead chose District 5, saying it would offer the most geographical balance. Perry lives in District 5 but has stated previously that he does not intend to run for his seat.

To view an interactive map of the districts, visit districting.sanjuancapistrano.org. Residents can register to vote online at registertovote.ca.gov.