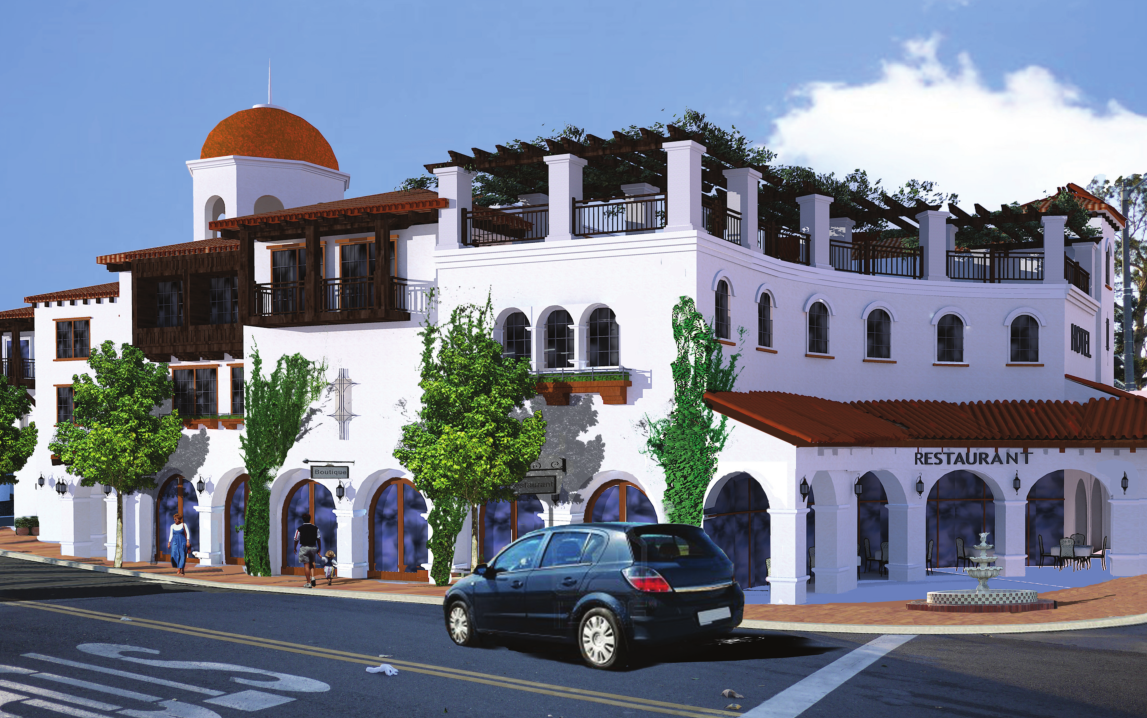 Downtown Hotel and Townhome Project Up in the Air

A proposal to build a 136-room hotel and 33 townhomes in downtown San Juan Capistrano may now be in jeopardy, the developer said Wednesday, because of the landowner’s decision to pull out of the project due to another delay in the process.

The City Council was scheduled to consider Urban Village’s $43 million San Juan Hotel & Villas project Thursday, but a final determination will not be made until August 5.

Mayor Sam Allevato said the council will still hold a public hearing, as well as consider amending the Historic Town Center Master Plan and city code to allow for the townhomes.

Delaying a final vote, however, has compelled movie producer and the owner of the site, Steve Oedekerk, to not extend the purchase agreement for the land, said Joshua Host, principal of Urban Village.

“At this point, the project is dead because we don’t have a property anymore,” Host said. “Steve just lost faith in the process.”

In May, the Planning Commission voted 3-2 to approve the project. At that meeting, and in a guest opinion column published online in The Dispatch, Oedekerk said if the project was not approved, he would no longer consider his land for future development.

For years, Oedekerk has allowed the city to use his land, located at 31878 Camino Capistrano, as free public parking, but due to financial security, as well as problems caused by a growing homeless population and drug use at nearby Historic Town Center Park, he may privatize the lot.

Host said the continuation was caused by what he described as a “clerical error” by the city. When the city approved its Historic Town Center Master Plan in 2012, Host said they did not update its land-use zoning, as well as its classification system, to be in accordance with the general plan. To do so requires more time for public notices and additional meetings for a general plan amendment.

Calls to Oedekerk and the city were not immediately returned.

Host said his attorney, a land-use expert, had told the city the project could still be approved without a revision, but he had not received a response. He added that the city had expressed concern they were never notified that the project’s residential component would be detached from the hotel. However, he said he had provided documentation, from as early as May 2013, detailing the project.

The city received the project in January 2013. Host, who has since moved his family to San Juan Capistrano, said Urban Village has spent over $1 million on the project, which he initially expected to be approved or denied in December.

Last month, Urban Village announced they had received a commitment from Hilton Worldwide to operate a full-service, four-star hotel and they had signed a contract with a Hilton-recommended developer.

Host said he’s still hoping to pursue the project and come back to Oedekerk with an approved project. But, he said, in continuing the hearing, the city may be putting Urban Village in breach of contract with the hotel developer.

“Our hope is that the city reaches out to Steve to make this work,” Host said. “Otherwise, I don’t know how we’re going to move forward.”