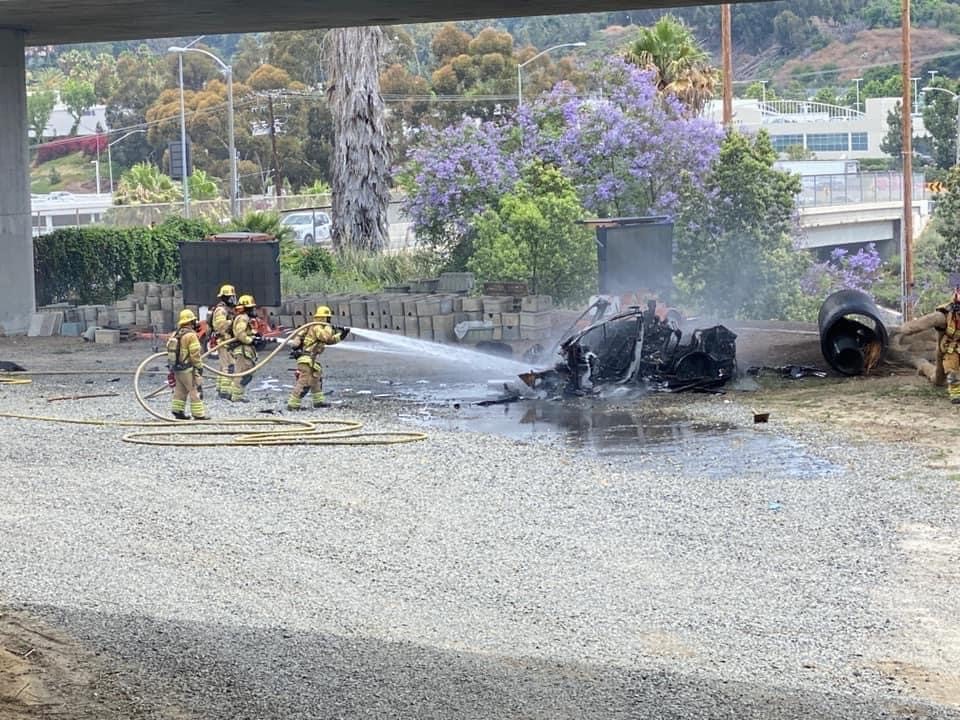 An unidentified driver of a vehicle was injured during a one-car auto wreck in Orange County on Tuesday, June 16, according to the California Highway Patrol (CHP).

The vehicle, said to be a Tesla, flew off State Route 73 and landed by a nearby storage area, said Ben Pierce, who witnessed the crash. Pierce said he found the driver unconscious and called 911 after pulling over.

“He was the only person in the car. After 911 hung up, about 45 seconds total time, the man finally moved,” Pierce said. “I asked him his name, but he wasn’t able to respond. I pried open the driver door, and the man was coming to and was able to unbuckle his seat belt. We were able to get him out with my assistance, and he walked with me, arm over shoulder.”

“Hopefully, the man is OK, and his injuries are as minor as they seemed,” Pierce said.