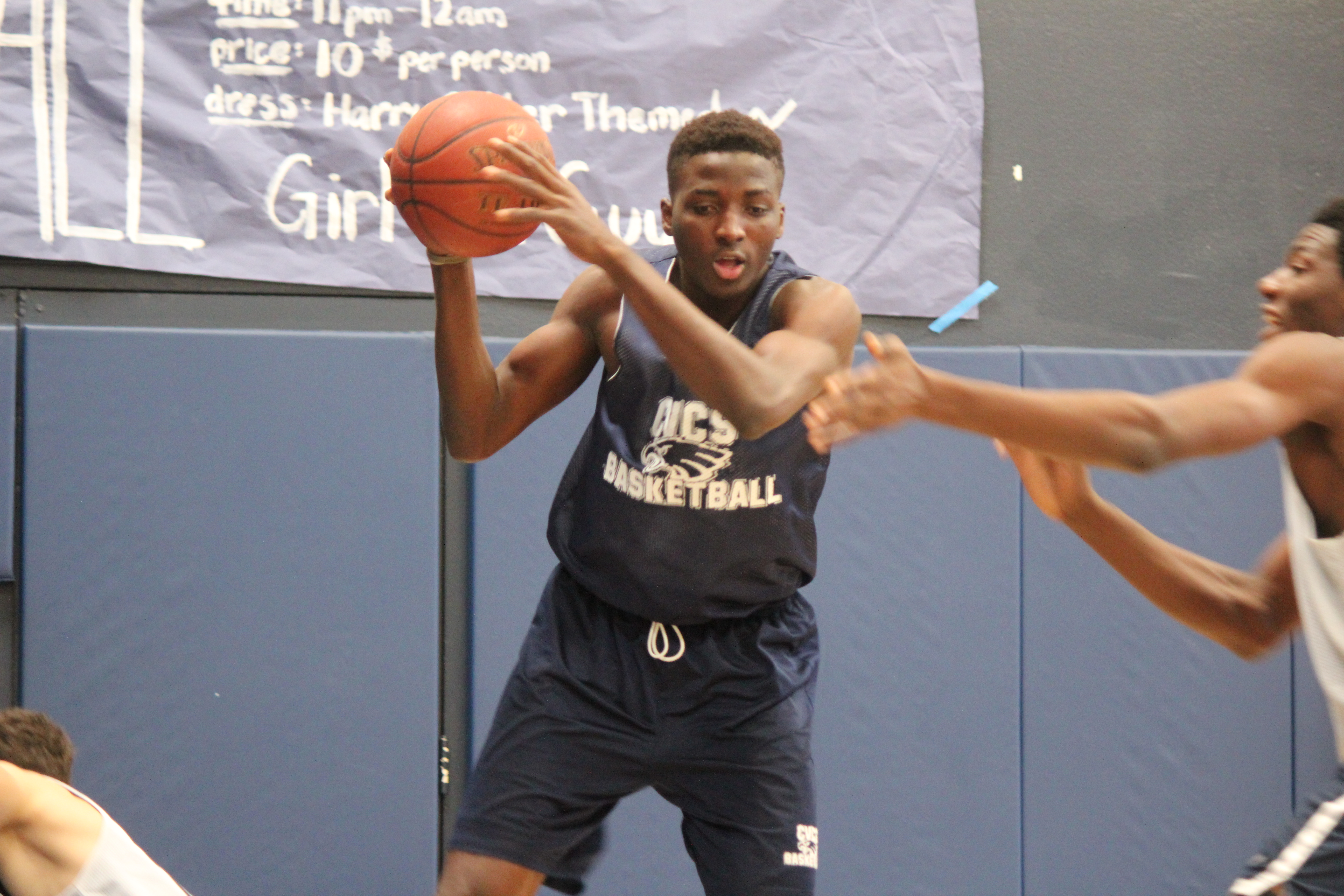 Eagles Methodical in Win Over Spartans

With second place in the highly competitive San Joaquin League, and a guaranteed playoff berth, on the line Feb. 11, the Capistrano Valley Christian boys basketball team’s patience and execution in the fourth quarter proved to be the difference against Orangewood Academy.

The Eagles trailed the visiting Spartans by eight points heading into the final seven minutes, but continuously attacked the paint, drawing fouls and converting on free throws to erase the deficit and methodically claw their way to a 60-53 victory.

The win secured second place for the Eagles (20-5, 4-2 league), who have not been higher than third in the standings since 2013. They are now playoff bound.

Capistrano Valley Christian dug themselves out of the hole to start the fourth by going to their big men down low, Simon Okolue and Spider Adetunji. The two post players combined for 14 fourth-quarter points, including four free throws.

Okolue and Adetunji scored on back to back plays late in the quarter as Okolue grabbed an offensive rebound for a put-back and Adetunji poured in a spinning shot in the paint to give the Eagles a 55-50 lead. On the next Eagles possession Peter Abramsky hit a 3-pointer to cap off a 15-0 Eagles run and put the game out of reach for the Spartans.

“When we play the way we’re capable, we don’t think there’s many people that can play with us,” Eagles head coach Zach Brogdon said. “We got flustered there a couple times and we just need to regain composure and play. When we do what we do, I like our chances.”

Orangewood Academy (15-11, 3-3) held a slim one-point lead at the half thanks to hot 3-point shooting by Austin Oswald, who knocked down three 3-pointers in the first half as part of his team-high 17 point effort.

The Eagles will be awarded a seed in the CIF-SS Division 5A Championships on Feb. 15. Capistrano Valley Christian is currently ranked second in the division.