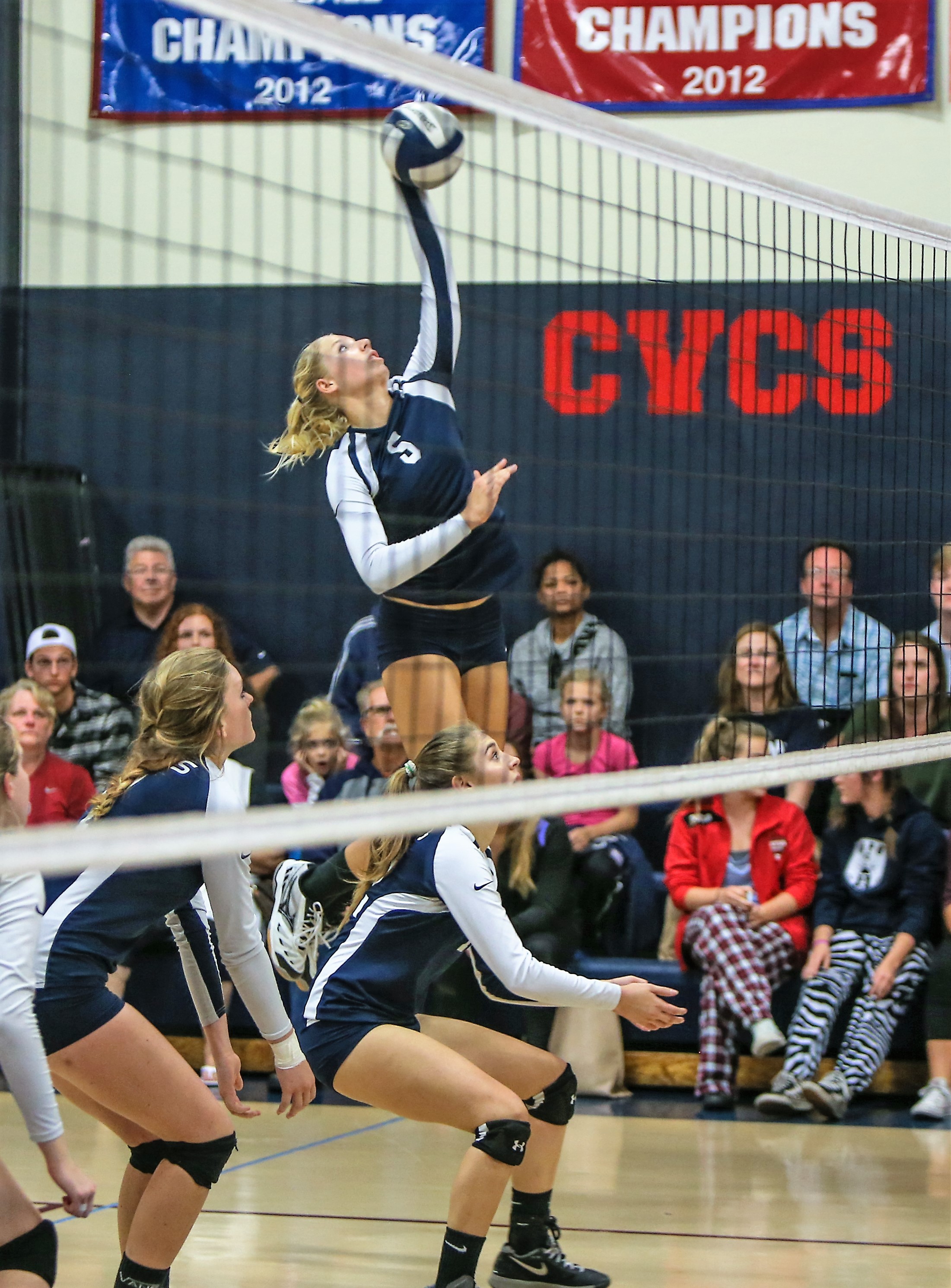 The Capistrano Valley Christian girls volleyball team has prided itself on team chemistry since the first day of the season. Now, three months later, that cohesion is paying off big time.

The Eagles have soared their way through the 2016 season, relying on a mix of veterans and underclassmen, and have reached the top of the heap. CVCS was set to play San Gabriel Academy for the CIF-SS Division 9 Championship at Cerritos College on Nov. 11.

It will be the first time the Eagles have reached a CIF-SS Championship match since 1992.

The Eagles have lost just two matches all season, and have not felt the sting of defeat since Oct. 18. CVCS split the Express Gold League title with Orangewood Academy, and entered the playoffs as the No. 3 overall seed.

The Eagles’ semifinal match against second-seeded Upland Christian Academy on Nov. 8 proved to be a much tougher test. CVCS won the first set, then dropped the next two, making every set a must-win if their season was to continue. Upland Christian Academy jumped out to a 7-2 lead in the fourth set, but CVCS batted back to take it 25-19. In the fifth, the Eagles kept the pressure on and won 15-9.

Sophomore outside hitter Keara Rutz led the Eagles with 38 kills and she also had six aces. Junior outside hitter Sofia Pluhar had 19 digs, junior middle blocker Riley Dungan had three blocks and junior setter Riley Barclay had 40 assists in the win.

The Eagles’ matchup with No. 4 San Gabriel Academy (25-4) will start at 9 a.m. Results were not available at press time.