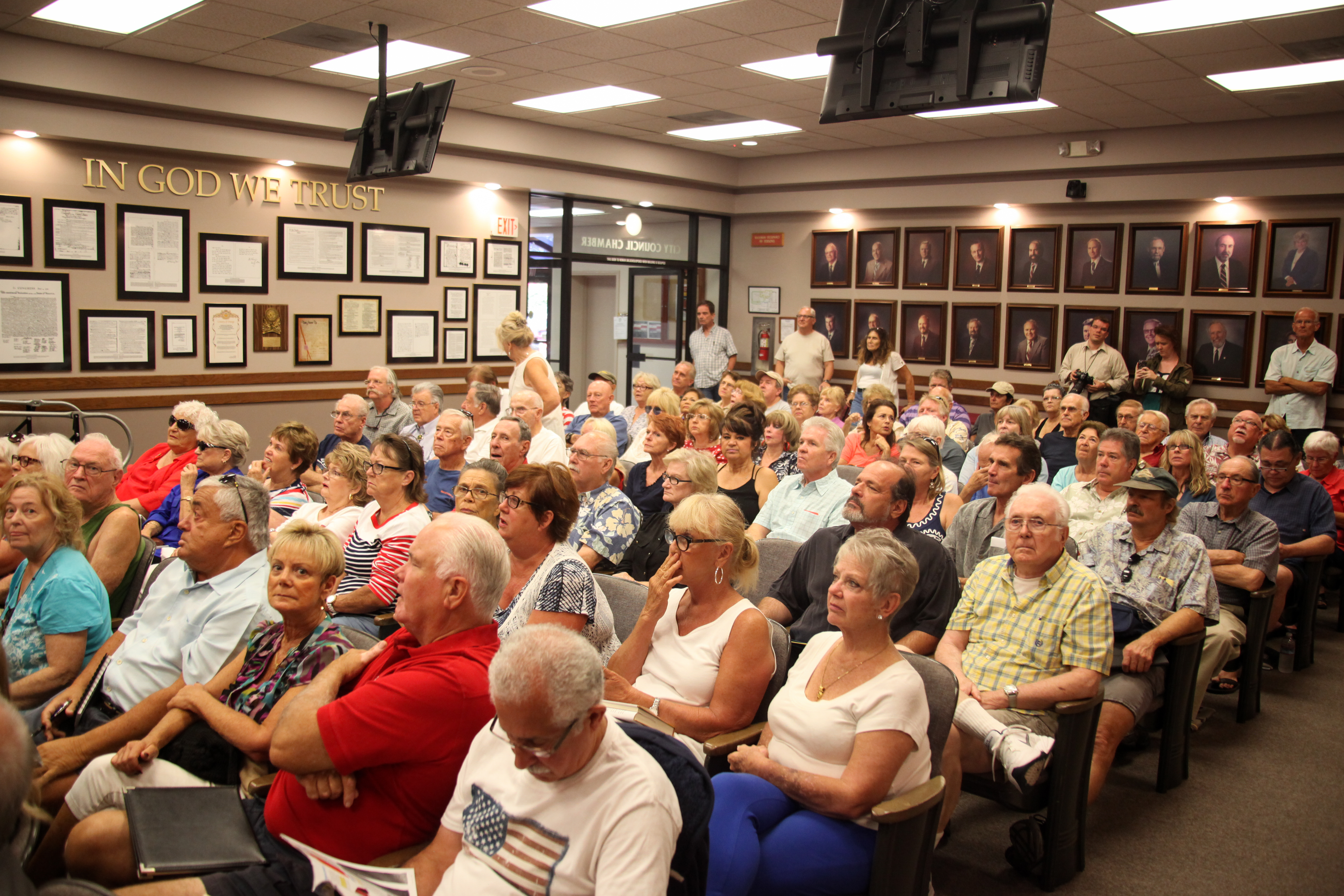 At Tuesday night’s City Council meeting, council members voted unanimously—with two recusals—to schedule the El Nido Mobile Estates rent control hearing for 10 a.m. Monday, Oct. 26 in the council chambers. The next phase of the residents’ fight against a $641-a-month rent increase comes almost two months after the hike in question went into effect, which has more than doubled the rent of some residents.

Tom Perrin, steering group leader of the El Nido residents, said Thursday that dozens of residents who have not paid the full increased rent have received notices such as “Three (3) Day Notice to Pay Rent or Quit” and “Sixty (60) Day Notice to Terminate Possession.”

“The impact on these senior citizens, retired veterans and disabled folks was extremely hard-hitting and emotionally devastating,” Perrin wrote in an email.

Councilwoman Kerry Ferguson and Councilman Sam Allevato announced Tuesday that they will be recusing themselves from all future discussion and hearings regarding El Nido. One of Worley’s lawyers present at the council meeting confirmed his request for the recusals “based on their publicly-demonstrated and recorded bias and pre-judgement.” Allevato and Ferguson made comments at an earlier meeting that seemed to favor the side of the mobile home residents.

Allevato and Ferguson noted that while they would have proceeded with open minds and are not legally disqualified, they are recusing themselves “to avoid even the slightest appearance of impropriety.”

In September, the Housing Advisory Committee agreed unanimously with city-appointed hearing officer Michael Roush’s August ruling that Worley’s rent increase of $641 a month “is not proper” and the City Council “should reverse the rent increase to no lower than the maximum allowable increase” under the city’s rent control ordinance.

According to the Oct. 26 agenda posted on the city’s website, city staff will recommend that the council “adopt a resolution denying a $641/month rent increase” and approve a “$37/month rent increase for each unit located in El Nido Mobile Estates.” Staff also will recommend that the council “order the return of rent paid in excess of said $37/month, in accordance with San Juan Capistrano Municipal Code.”