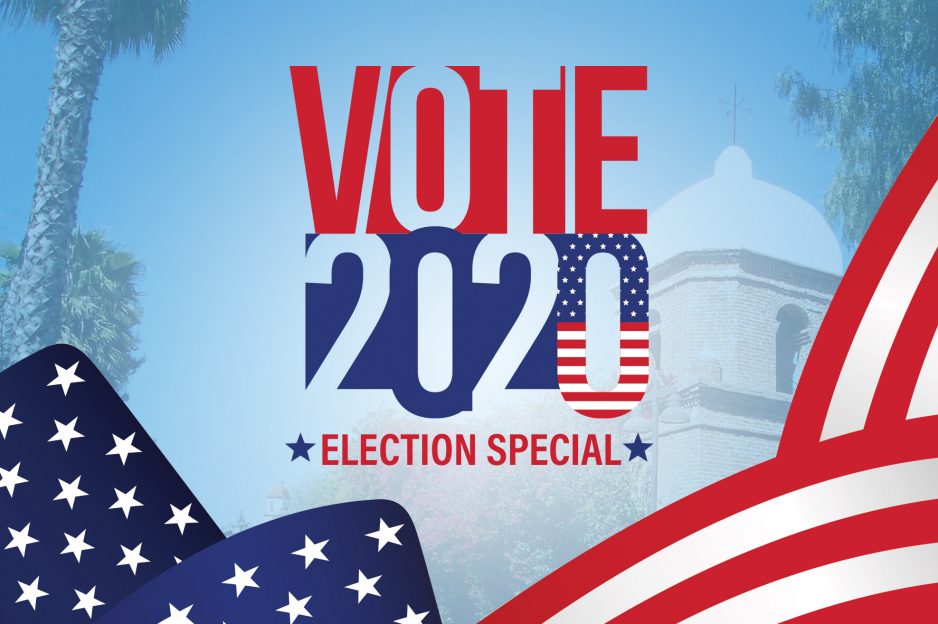 The Presidential General Election is now less than four weeks away. While the whirlwind of the political news cycle can be simultaneously enticing and draining, it’s equally important that voters match their energy and attention for the presidential bid toward local races.

This year, San Juan Capistrano will learn who will be representing District 5. The race has been tumultuous, marked by an allegation from candidate John Alpay that his opponent, Howard Hart, violated the Hatch Act.

The 73rd Assembly seat will be filled by a newcomer after Assemblymember Bill Brough’s upset in the March primary. Voters will determine whether the seat will remain Republican with Laurie Davies, as it has been historically, or whether Scott Rhinehart will pave the way for Democrats.

Voters will also be choosing our leaders to represent us on the boards for South Coast Water District, the Municipal Water District of Orange County, and Capistrano Unified School District. These legislative bodies have impacts on our environment, determine where and how we get our water, how much we pay our teachers and what kind of teaching experience our students benefit from in the classroom.

The deadline to register to vote is Oct. 19. Just like in this year’s Primary Election, voters will have three options when it comes to casting their votes. Voters will have a choice of returning their ballot to the Orange County Registrar of Voters’ office via mail, taking it to a metal drop box or delivering it to a vote center.

The more than 100 drop boxes around the county will open starting on Oct. 5 and close at 8 p.m. the day of the election on Nov. 3. According to the Registrar’s office, voters will be able track their vote through ocvote.com/track.

While the act of voting is a keystone of civic duty, we ask that constituents go beyond just voting. Vote based on thorough research. Vote upon knowing the facts from trusted sources. Vote upon being informed and educated on the issues.

Thank you for trusting The Capistrano Dispatch as your source for local news you can use.