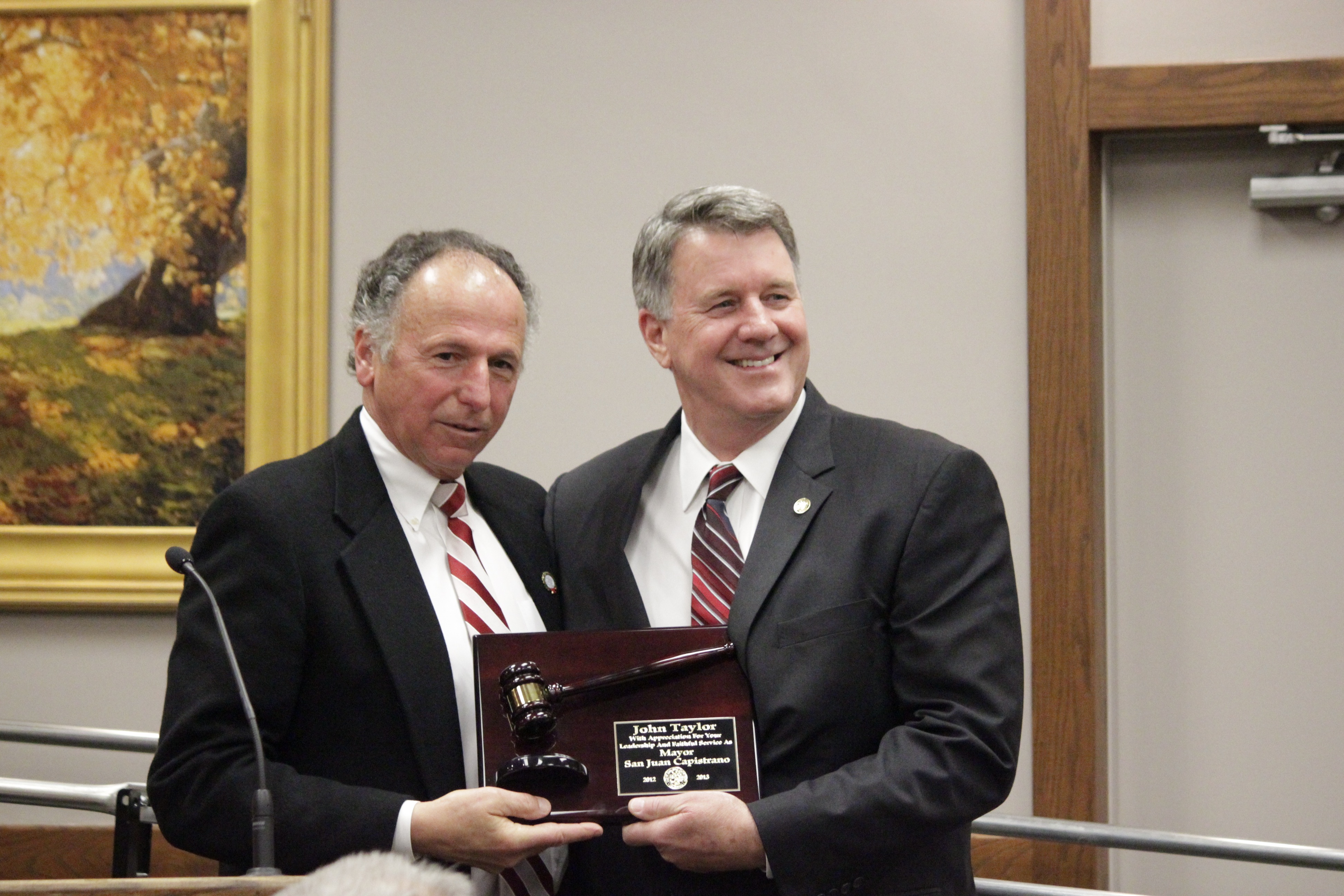 San Juan Capistrano City Councilman Sam Allevato, who is the target of an ongoing recall campaign, was selected as the city’s new mayor Tuesday.

In a speech shortly after taking his place at the center of the dais, Allevato highlighted several issues the city faces in the coming years, including transportation and the growth of the nearby Rancho Mission Viejo community.

“It’s such an honor to serve San Juan Capistrano again as your mayor,” Allevato said. “We have a lot of major issues to deal with this year, and it’s going to require a lot of patience, commitment and a lot of effort to look continually beyond the year 2014 to all future years.”

Byrnes and Reeve make up a council minority that has often clashed with the trio of Allevato, Kramer and Taylor for their support of the city’s controversial groundwater recovery plant and contested tiered water rate structure. In recent months, the council’s fractured relations have fissured further with accusations of legal and ethical misconduct by Kramer against Byrnes and Reeve. A 3-2 decision to begin an official investigation into Kramer’s allegations was rescinded within a month, in favor of seeking the opinion of the state Attorney General’s office.

Resident Kim McCarthy, who ran against Allevato during last year’s City Council election, criticized Allevato for his support of the investigation. McCarthy is also a member of Community Common Sense, publishers of a monthly newspaper who sued the city last week over the council majority’s 3-1 vote in closed session to remove newspaper racks at City Hall and the Community Center.

“Your latest tactics, like illegal closed door meetings, stomping all over the First Amendment, banning the Community Common Sense from public property, wasting taxpayer dollars through attorneys and staff time—unethical at best, most likely illegal,” McCarthy said. “Sam, residents can’t trust you, can’t afford you and want their town back.”

The few others who spoke praised and congratulated Allevato.

“Sam has committed so much of his time to community involvement,” John Campbell said. “I wish you the best of luck in the next year.”

Allevato, Kramer and members of the community also recognized Taylor for his year as mayor.

Mark Bodenhamer, CEO of the Chamber of Commerce, thanked Taylor for his support of the city’s business community.

“Your dedication challenged me and made be better at my job,” Bodenhamer said.

The council also selected Kramer as chairman and Byrnes as vice chairman of the city’s successor agency to the redevelopment agency.

Byrnes was also selected chairman of the city’s Housing Authority. Reeve will serve as vice chairman.