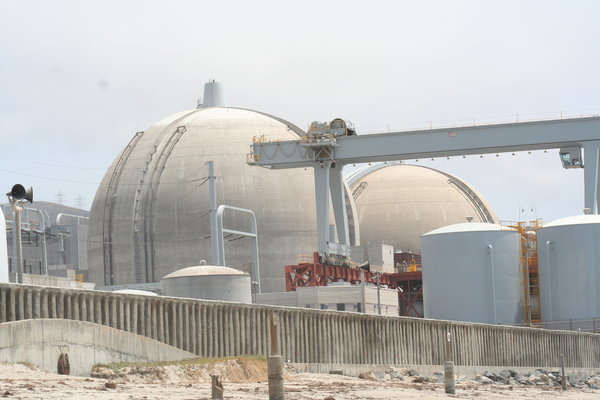 Stone said he had grown frustrated with what he believed was “lip-service” being paid to his point of view as essentially the designated anti-nuclear voice on the panel.

“I was asked to provide a point of view, which I feel I did,” Stone said. “But it seemed like I would bring up a point, we would go over it and it would be glossed over, like it was checked off.”

Stone said he also made the decision, in part, due to recent revelations of “ex parte communications” between a then-employee and then-California Public Utilities Commission president Michael Peevey at an industry event prior to the shutdown of the plant in 2013.

“I believe that SCEs credibility is on the line because of actions with PUC/Michael Peevey and the investigation that is to come by the state legislature,” Stone said in an email.

Stone noted he had also become convinced that rather than a “state-of-the-art” decommissioning process, he felt Edison was only doing what was required by law to decommission the plant. He advocated having the state take over the panel from the utility, in part to give it some authority in the decision-making process, rather than serving in an educational and advisory role.

No timeline has been set for replacing Stone on the panel, according to an Edison spokesperson. The CEP’s next meeting is not scheduled until April. San Clemente City Councilman Tim Brown, who serves as the panel’s vice chairman, said there is no codified procedure for the replacement of members of the panel, but he and chairman David Victor hope to create a smooth transition for any replacement.