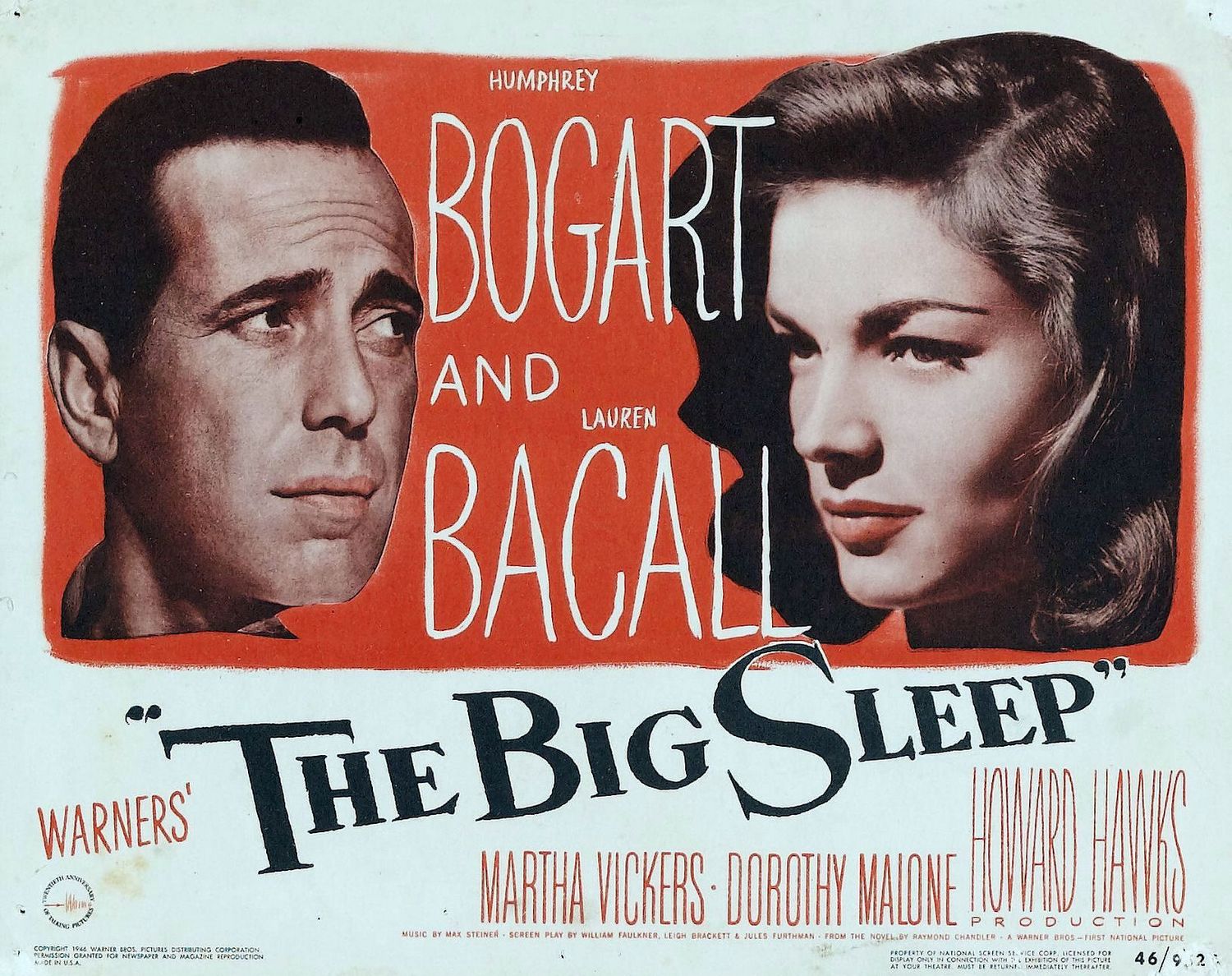 Our host is Susan King, former L.A. Times writer and curator of the wildly popular
Classic Hollywood / LA Times Facebook page
ON-STAGE GUEST:
Producer/Film Historian Steven C. Smith
sharing fascinating stories about The Big Sleep!
And be on the look-out for a couple of swells in the theatre lobby who call themselves Bogie and Bacall
Plus, more special guests: Friends and Relatives of the movie’s cast & crew!!

(GLENDALE: MARCH 30, 2017): Vivian: You go too far, Marlowe. Marlowe: Those are harsh words to throw at a man, especially when he’s walking out of your bedroom.

One of TCM’s Essentials, The Big Sleep is truly a classic film noir crime thriller. Starring Humphrey Bogart and Lauren Bacall, The Big Sleep is an adaptation of Raymond Chandler’s novel. Set in Los Angeles, the tale stars Bogie as private detective Phillip Marlowe, who’s been hired to investigate the blackmail of a rich family’s beautiful young daughter. He’s soon immersed in a tangled web of murder, blackmail, pornography, drugs, henchmen and, perhaps, love. The film’s snappy dialogue and the chemistry between Bogart and Bacall have helped to make The Big Sleep a must see flick! Also starring Martha Vickers, Regis Toomey, Sonia Darrin, Elisha Cooke and Peggy Knudsen.

The festivities kick off with The Hypo-Chondri-Cat, a 1949 Warner Bros. Merrie Melodies cartoon directed by Chuck Jones. AND bloopers from the Warner Bros. vault. Watch Bogie, Cagney, Raft, Bette Davis, John Garfield and more giggle and cuss on the set of your favorite Warner Bros. classics from the 1930s and 40s.