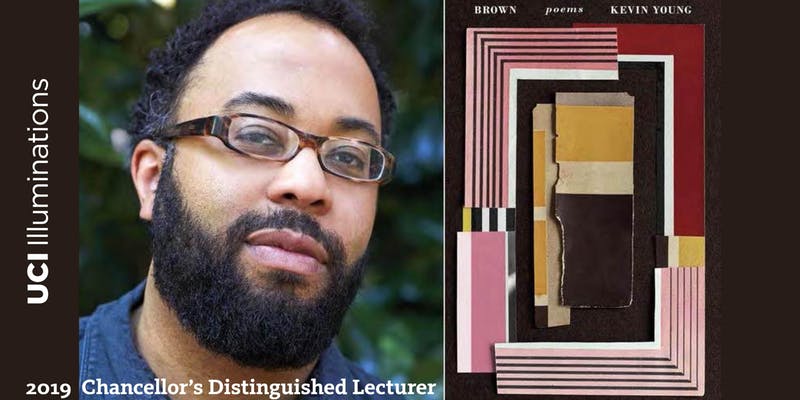 Kevin Young has published ten books of poetry and two books of essays. His passionate, rhythmic lyrics are rich with scenes from American history. Among many other honors, he was the 2014 winner of the Leonore Marshall Prize for Poetry from the Academy of American Poets. In addition to his many books of poems, Young is the author of “Bunk: The Rise of Hoaxes, Humbug, Plagiarists, Phonies, Post-Facts, and Fake News,” which won the Anisfield-Wolf Award for Nonfiction and was long-listed for the National Book Award.

At UC Irvine, Young will read from his current book of poems, “Brown,” and will address the role of fact and fiction in his own work and in the contemporary public sphere, from scholarship to the news.