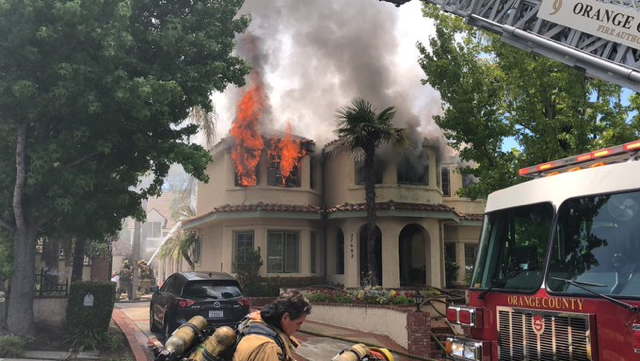 Orange County Fire Authority crews responded to the incident on the 27000 block of Horseshoe Bend after getting the call at 12:37 p.m., according to Capt. Tony Bommarito, OCFA’s public information officer.

The two men, both approximately in their 30s, were painting the house when the flash fire explosion occurred, Bommarito said. Both men were transported to UC Irvine Health Regional Burn Center in Orange for treatment.

The owner of the house was present during the explosion, but he did not sustain any injuries, Bommarito said.

While authorities are currently investigating the incident, the explosion appears to have been caused by a chemical the men were using to paint, according to Bommarito.

An estimate of how much damage the property incurred is not known yet, but the two-story home incurred “substantial damage to both floors,” Bommarito said.