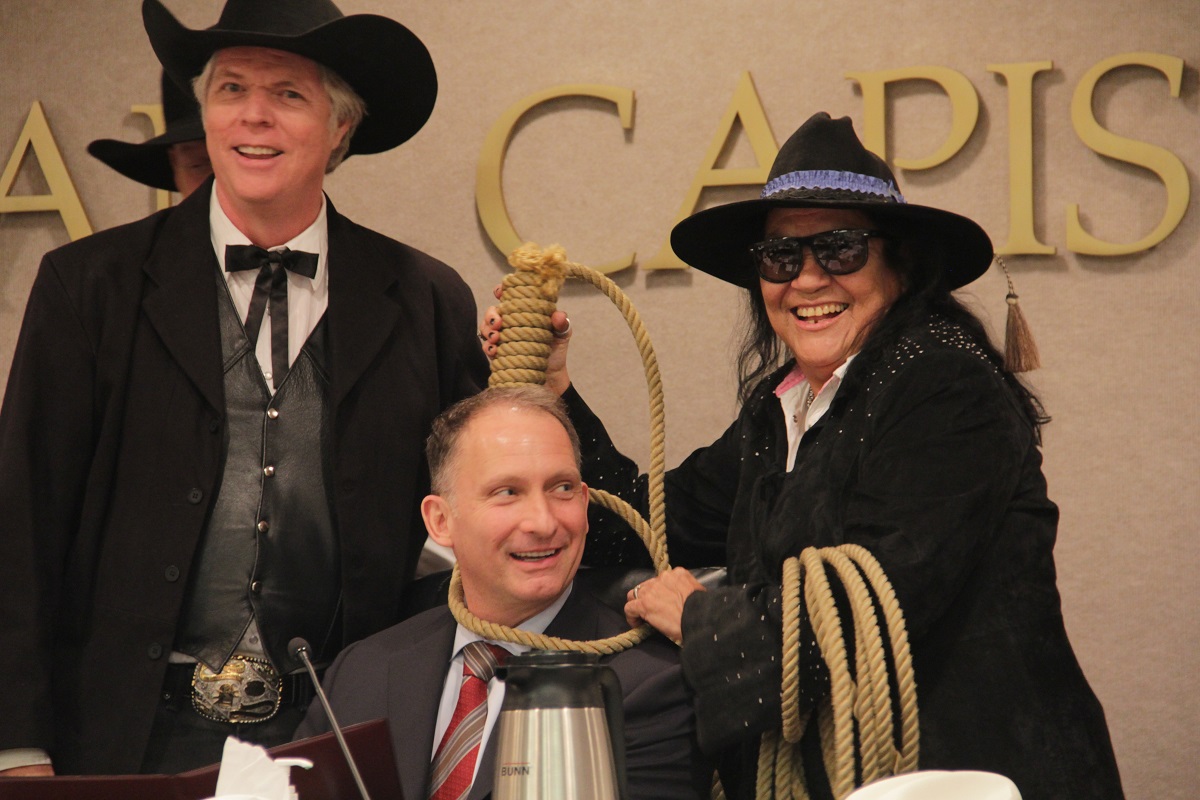 After Maryott gaveled in the start of the meeting Tuesday night, Fiesta Association President Jim Taylor barged into the council chambers, announcing that the mayor was in need of “a little bit of persuasion to complete the transaction of the day.”

“I find this to be very much out of the ordinary,” Maryott said, playing along.

“You must be new around here,” Taylor said jokingly, receiving laughs from the audience.

Each year, after city council approves the permit and street closures for the annual Swallows Day Parade and Mercado Street Faire, the mayor signs a ceremonial proclamation recognizing the Fiesta Association as the lead agency to organize the events of Fiesta de las Golondrinas.

Once the “transaction” is completed, the Association “hangs” the mayor.

To go along with the theme of this year’s festivities, “How the West Was Really Won, Celebrating the Women of the West,” the Association appointed member Carmen Phillips as the hanging judge. For as long as he can remember, Taylor said a woman hasn’t held the honor of hanging judge.

The city also recently announced that it will offer free trolley service for the 61st Annual Swallows Day Parade on March 23. There will be three different trolley routes available to take visitors near the downtown district where the parade will be held. The trolleys will run every 20 minutes from 9 a.m. to 8 p.m.

The Mercado Street Faire will open at 9 a.m., while the parade is scheduled to kick off at 11 a.m.